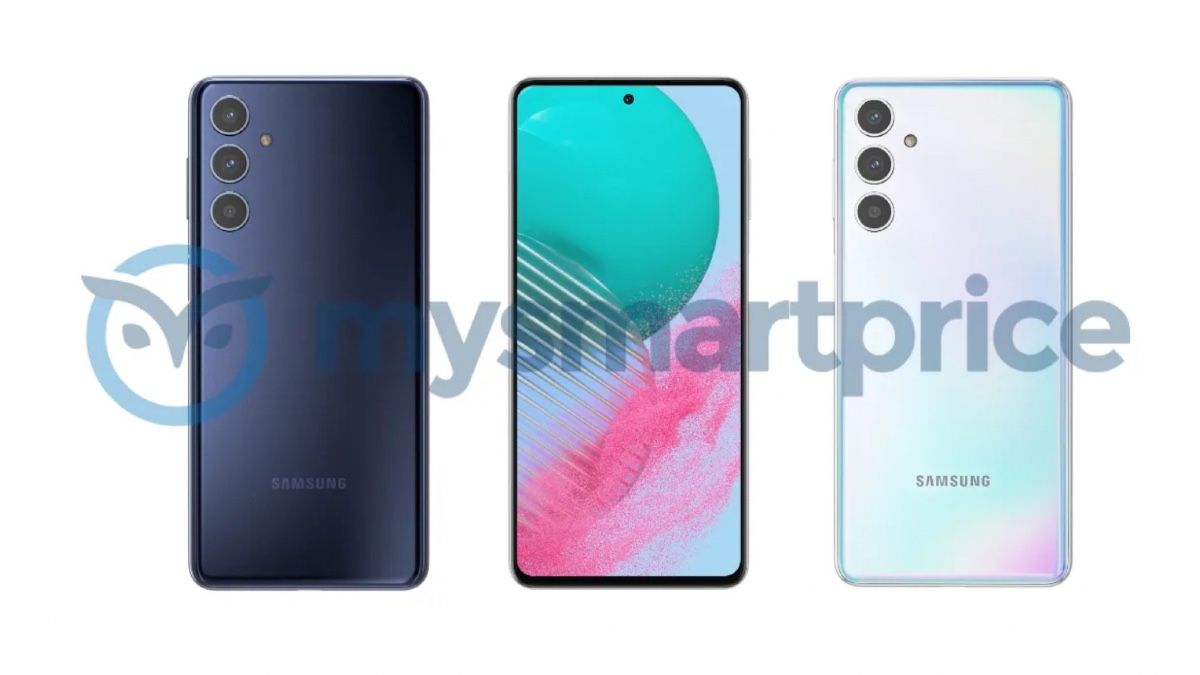 According to the source report, the Samsung Galaxy M54 5G will come with slim, uniform bezels, but with a slightly thicker ‘chin’ bezel. The smartphone appears to feature a flat display and has a triple rear camera setup without a clearly designated camera module. This is a revision from the quad-camera setup than its predecessor, the Galaxy M53 5G, presently offers in the country.

Other key details of the smartphone include a punch-hole for the front camera on the display, a power button with an integrated fingerprint sensor to the right, volume buttons above the power button, and a SIM tray to the left. However, the renders do not reveal the phone’s ports. That said, since the Galaxy M53 did not get a 3.5mm audio port, it is unlikely that the M54 would feature one either.

There are two colours that have been showcased for the Samsung Galaxy M54 5G — dark Blue and a multi-colour gradient finish with hues of Silver, Blue, Pink and Green. The rear camera setup’s design is also in line with Samsung’s latest flagship design language.

Not much is known about the Samsung Galaxy M54 5G specifications, apart from a Geekbench listing that suggested that the smartphone is likely to offer an Exynos 1380 SoC, 8GB RAM and Android 13 running on it. There’s no word on the camera setup, although since the Galaxy M53 offered a 108MP quad rear camera configuration, the M54 may be similar as well.

The Galaxy M53 5G presently costs Rs 23,999 in India, so we can expect similar pricing for the Samsung Galaxy M54 5G as well.