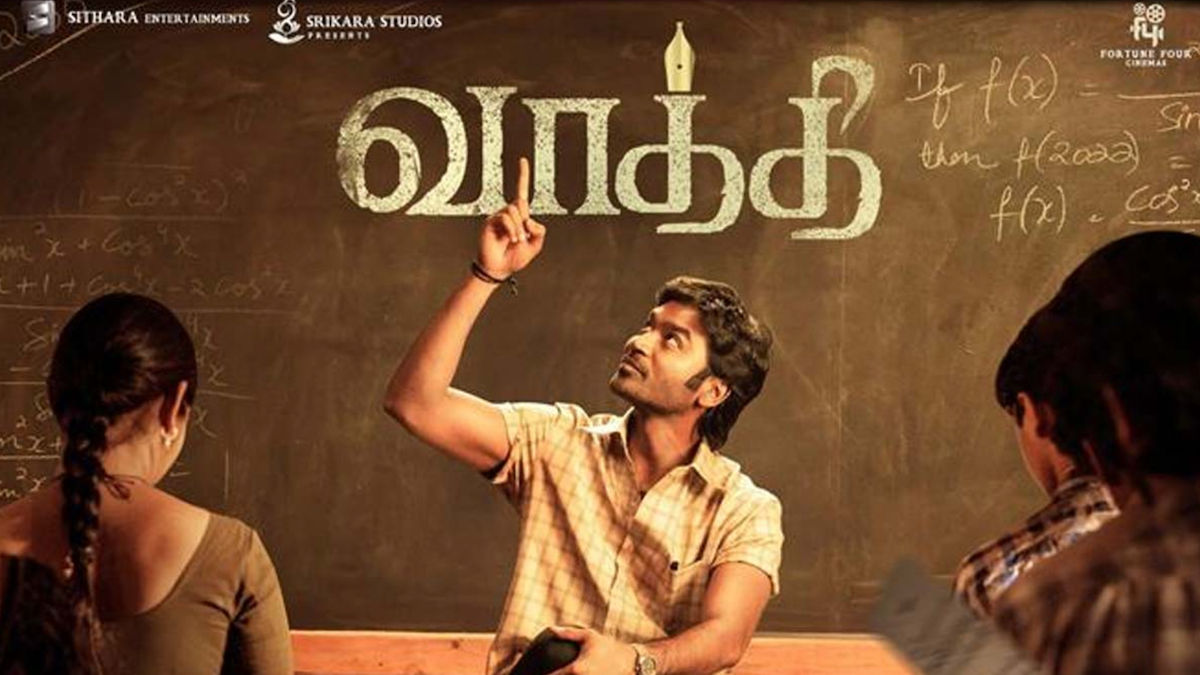 It’s the season of Pongal and what better time to announce the release of several Tamil-language movies that will make their way to Netflix in India, post their theatrical release. On this auspicious occasion, Netflix India took to social media to reveal a list of 18 mainstream Tamil movies that will be streaming exclusively on the platform, after the prescribed buffer between theatrical and OTT releases. Taking a leaf from the books of other platforms such as Amazon Prime Video and ZEE5, Netflix announced a humongous regional library for the first time since they landed in India. Here is a quick look at the Tamil movies fans can expect to see in the coming months on Netflix. 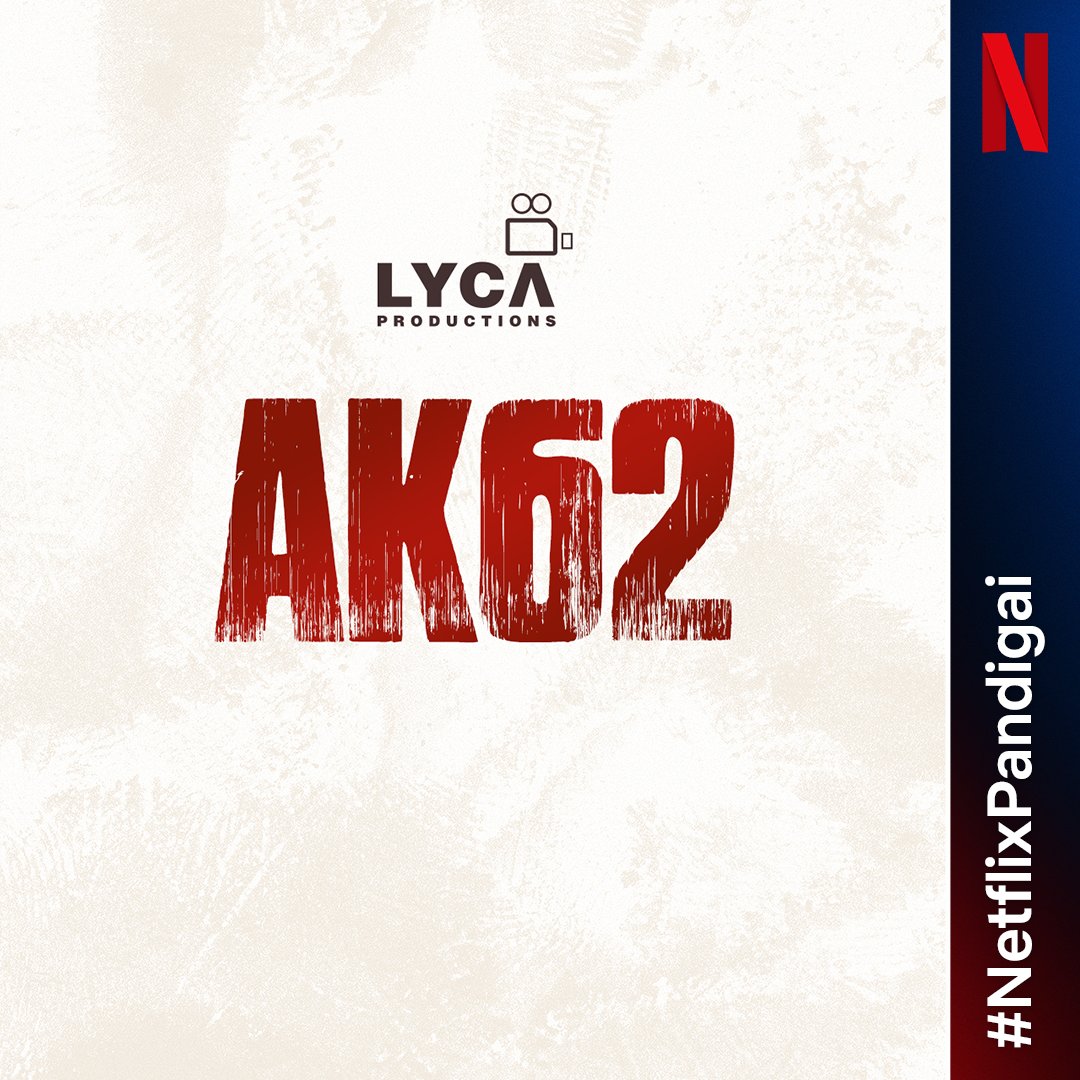 Directed by famed director Vignesh Shivan, AK62 is an upcoming Tamil drama film that stars superstars Ajith Kumar and Nayanthara in lead roles. Shooting for the movie began in late 2022 and the release is expected to happen around June this year. Considering this that, we should see AK62 coming to Netflix India by August 2023. The project is being produced by GKM Tamil Kumaran and music is by Anirudh. 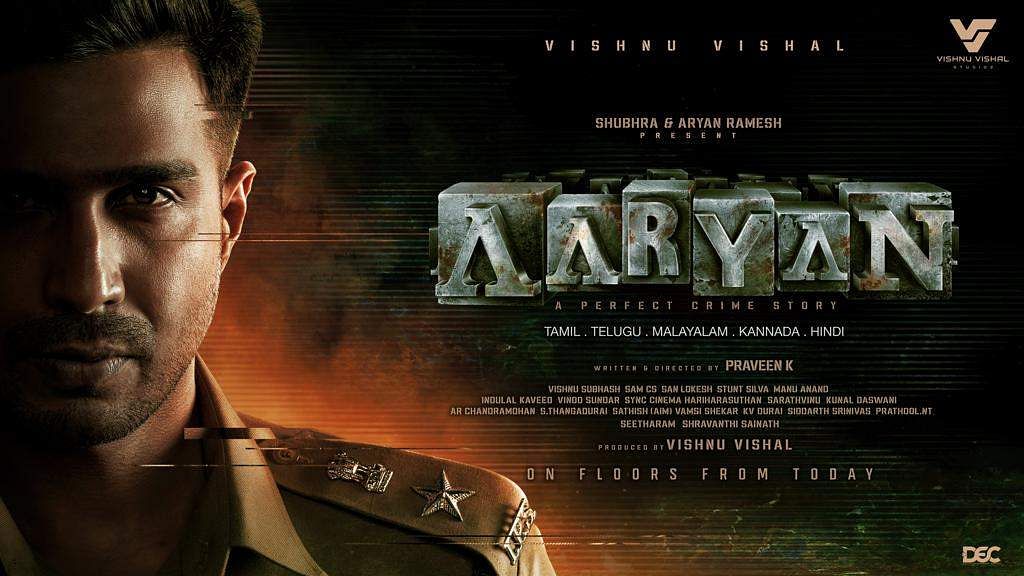 Announced in September 2022, Aaryan is Tamil actor Vishnu Vishal’s next big release. The movie has been directed by first-time filmmaker Praveen K, while it is being produced by the actor’s own Vishnu Vishal Studioz. Notable actors Selvaraghavan, Shraddha Srinath, and Vani Bhojan are part of the cast of Aaryan that is supposed to release sometime this year in Tamil, Telugu, Malayalam, Kannada, and Hindi. 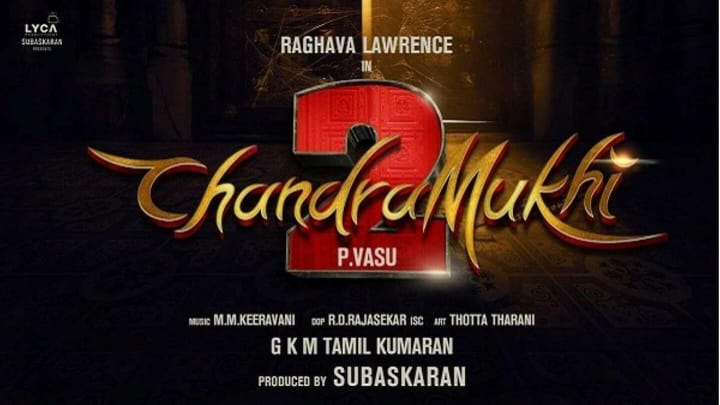 Sequel to the superhit Rajinikanth-starrer Chandramukhi, Chandramukhi 2 will release after an 18-year-long wait in 2023. We have highly acclaimed actor-director Raghava Lawrence in the lead role, while stars like Vadivelu and Kangana Ranaut will also be making it to the main cast. While not much information is available just yet, before the theatrical release, some reports suggest the movie will pick up right from where the first one left, which opens up the plot to imagination. One thing is for sure – Kangana Ranaut will play the role of dancer Chandramukhi, which was portrayed by Jyothika in the first film.

The Passion Studios-produced Iraivan is also part of this illustrious list of Tamil movies come to Netflix exclusively. It can’t better for Tamil movie fans with this entertainer that stars Nayanthara and Jayam Ravi in lead roles. The duo was last seen in Mohan Raja’s Thani Oruvan. With music by Yuvan Shankar Raja, Iraivan is expected to have Ravi play a police officer in the lead role. Apart from that, not much information is available on this movie, which is coming to Netflix soon.

Vikram Prabhu’s upcoming movie is called Irugapatru, where he stars alongside Shraddha Srinath. The cast of the movie includes names such as Vidaarth, Saniya Iyappan, Abarnathi, Shri, and has been directed by Yuvaraj Dhayalan who is popular for movies like Tenaliraman and Potta Pottim. Apart from these details, information on the plot and the release date is not available yet but should be announced within the next few weeks.

Expected to release in movie theaters in November 2023, and subsequently, on Netflix around January 2024, Japan is a Tamil-language film directed by Raju Murugan with Karthi and Anu Emmanuel in the lead. This drama movie is being produced by SR Prabhu and SR Prakash Babu. Japan is expected to be as quirky if the first-look posters are anything to go by. You have Karthi sitting in bling, suggesting his avatar in the movie might be a funky guy with an interesting personality. 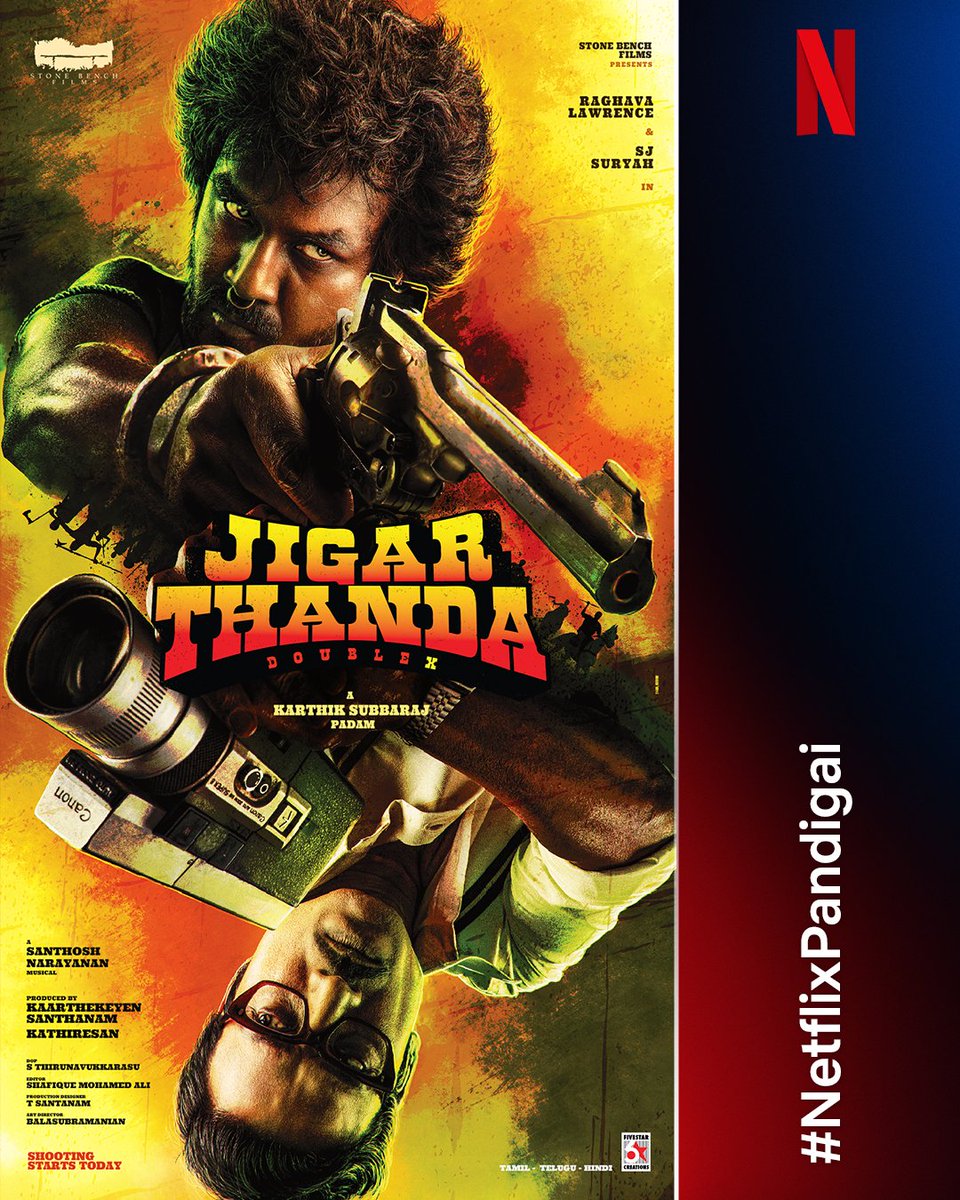 Writer-director Karthik Subbaraj is back with his latest Tamil film, titled Jigarthanda Double X. You have names like SJ Suryah, Raghava Lawrence, and Nimisha Sajayan in the main cast, while music is by the famed Santhosh Narayanan. The latest update on the movie is that the final shooting has been wrapped up, which suggests a release could be coming in the next couple of months. The director has revealed that the movie was made on just a 36-day shoot schedule. Double X is actually a sequel to Karthik’s 2014 Jigarthanda, which was a superhit itself. 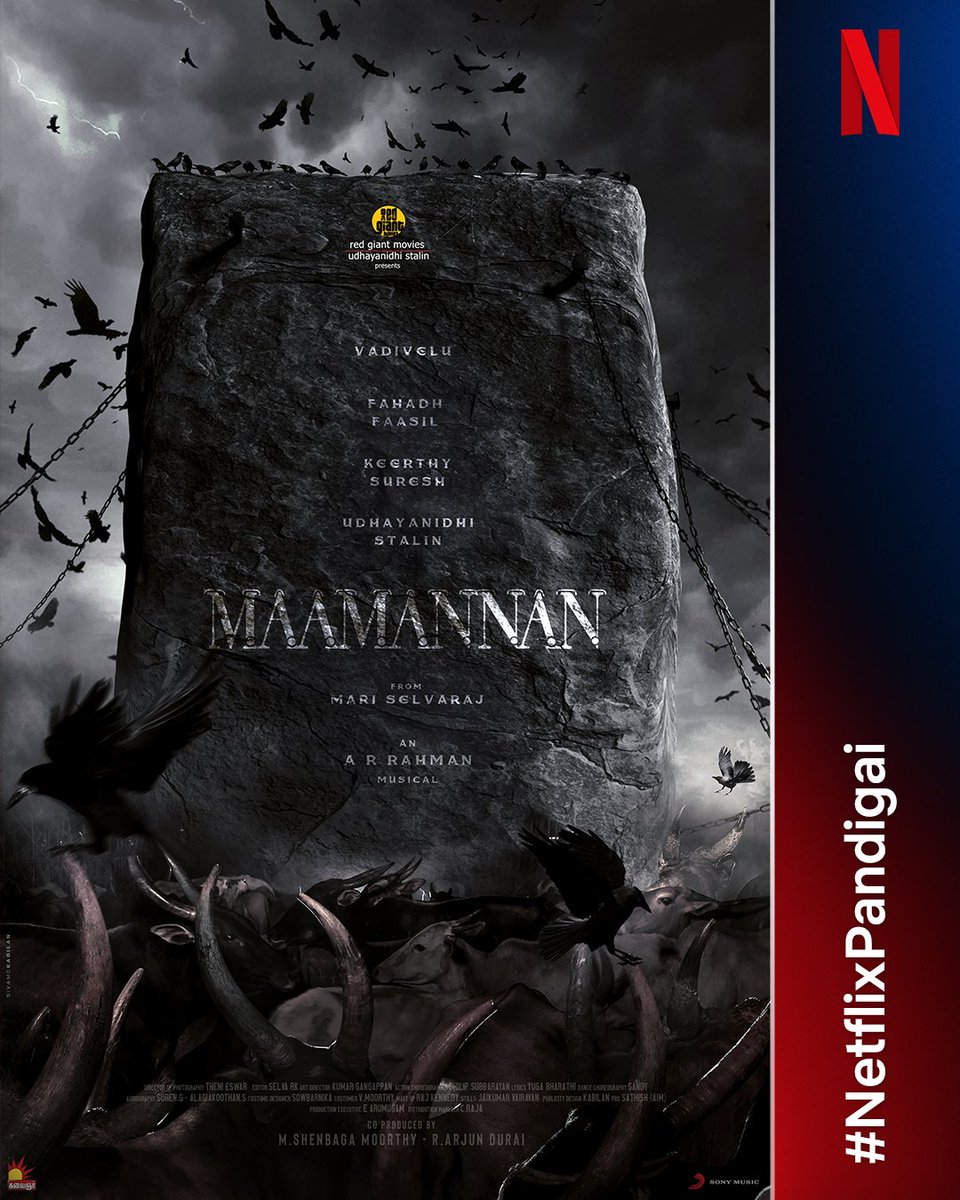 Maamannan is an upcoming Tamil political thriller that marks the first musical collaboration of AR Rahman and writer-director Mari Selvaraj. Udhayanidhi Stalin produces and stars in the film, alongside other cast members such as Vadivelu, Keerthy Suresh, and Fahadh Faasil, all of whom are distinguished movie stars. The movie was announced in March 2022, while the theatrical release is expected sometime in April 2023. With that schedule, we could see Maamannan on Netflix India by June this year.

Another one of Lyca Productions’ films is making it to Netflix post its theatrical release. While the name is yet unknown, the movie is being presented by Subaskaran, written and directed by T Arulchezian, and stars names like Vidaarth and Yogi Babu in lead roles. Although there are no plot details available, it is believed that it will be a comedy movie with Yogi Baby in the main cast.

Production No. 20 from the house of Lyca Productions has Jai and Aishwarya Suresh in leading roles. Apart from the fact that it has been directed by Rohan Venkatesan, known for Petromax and Adhe Kangal, we have little to no information on its poster, trailer, or release date. Guess we will have to wait a bit for that.

Finally, the production No. 24 film from Lyca Productions will also make its way to Netflix after its upcoming theatrical release. While we do not yet know the movie’s name, we do know that Harish Prabhu is writing and directing the movie that stars actors Bharathiraja and Arulnithi as the lead. We expect more details like the name, poster, and trailer to come out in 2023. 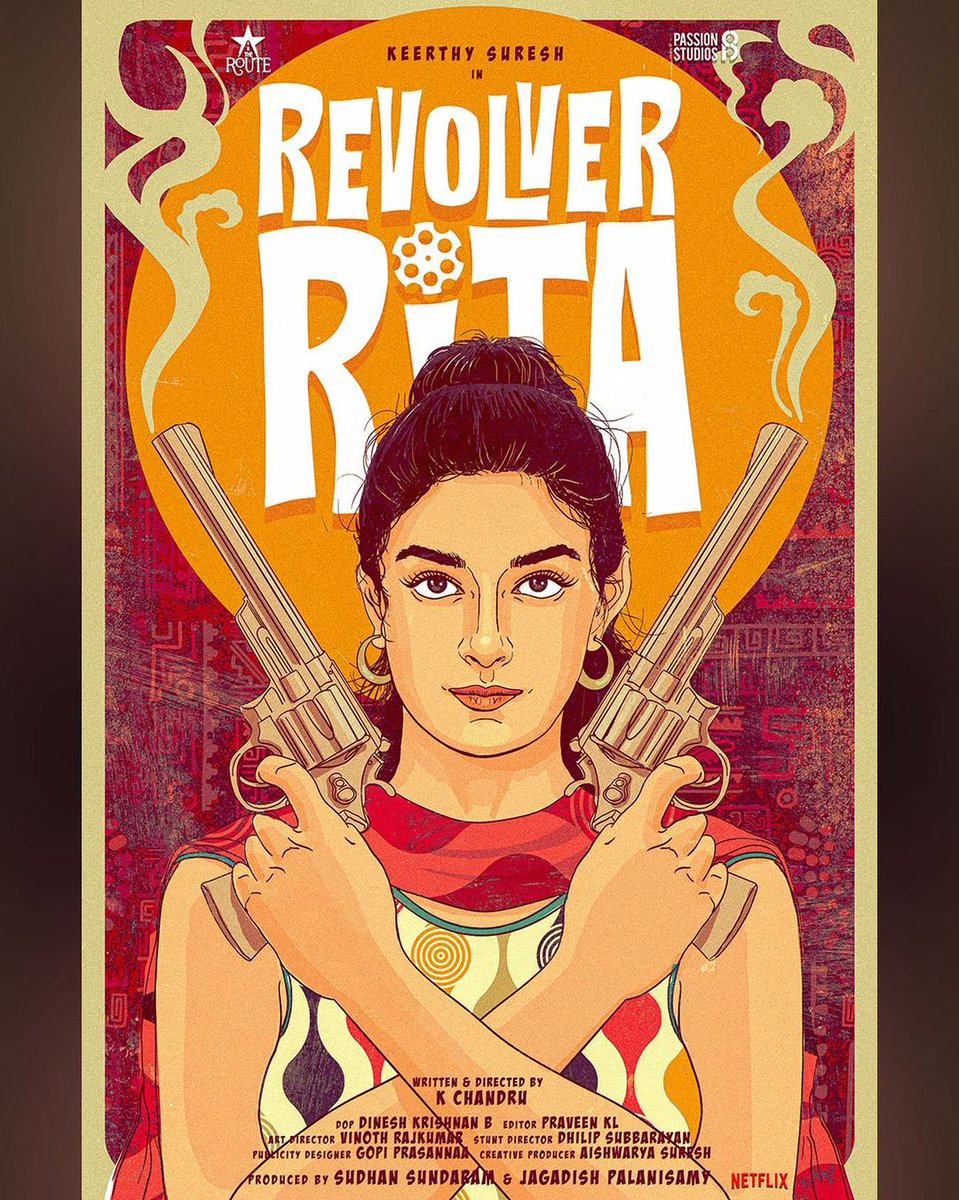 With an amazing first-look poster released this week, we are extremely excited to witness what writer-director K Chandru has in stock for Tamil movie fans with his upcoming crime drama, Revolver Rita. Keerthy Suresh stars in this supposed female-led film that has veterans such as Praveen KL, Dinesh Krishnan B, Sudhan Sundhabam, and Jagadish Palanisamy as part of the project. 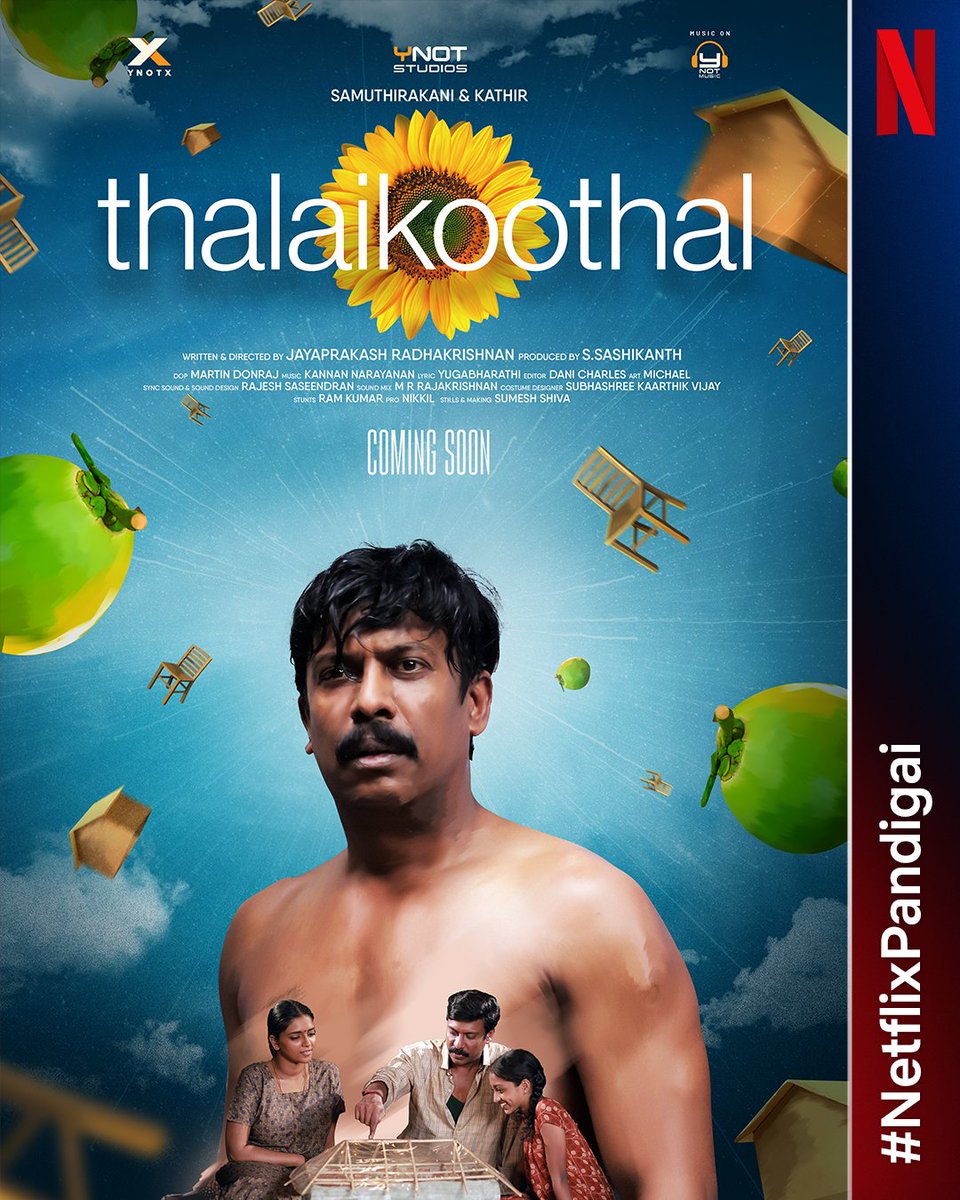 Based on the sensitive topic of mercy killing, Thalaikoothal is a Jayaprakash Radhakrishnan directorial starring Samuthirakani, Kathir, Vasundhara, and Katha Nandi in lead roles. The project is being produced by S Sashikanth and Chakravarthy Ramachandra. Thalaikoothal is coming to theaters in February 2023, followed by a Netflix release sometime in April this year.

Vikram stars as the titular character in the upcoming Thangalaan. Reports suggest the movie is based in a pre-Independence era and is expected to depict real-life events from the Kolar Gold Factory in Karnataka. Alongside the superstar, Parvathi Thiruvothu will be playing the role of the female interest with a strong personality. Writer-director Pa Ranjith has apparently been working on scripting and polishing the look of the movie for the last four years.

Set for release on February 17, 2023, Vaathi is an upcoming Tamil period drama starring Dhanush and Samyuktha Menon in the lead. Directed by Venky Atluri, this coming-of-the-age action thriller is all about a third-grade junior lecturer at Tirupati Educational Institute who stands against the institution to prevent student exploitation for business profits. Songs and posters for the movie have already been released ahead of its theatrical release. 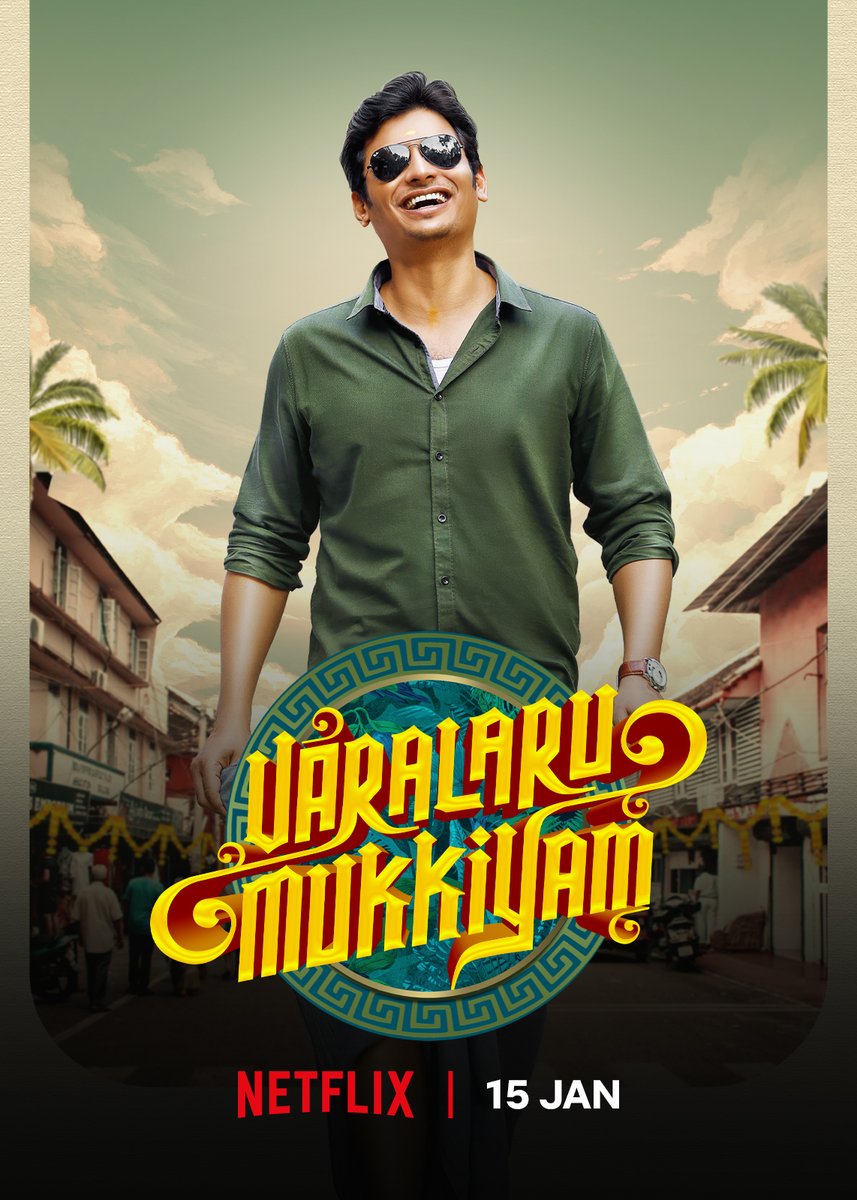 One of the only few already-released titles on the list, Varalaru Mukkiyam is a romantic comedy directed by debutant Santhosh Rajan. Jiiva and Saranya Ponvannan are some of the lead actors in the film which has unfortunately received poor reviews from audience and critics alike. With a theatrical release on December 09, 2022, we can expect the movie to come to Netflix India by February 2023.

Gatti Kusthi is a 2022 Tamil romantic comedy + sports drama that has Vishnu Vishal and Aishwarya Lekshmi in leading roles. It is the story of Veera who wants the perfect bride for himself but ends up marrying Keerthi, who is the exact opposite of what he desired. The movie has received several positive reviews from moviegoers and is already available to stream on Netflix.

And, finally, Naai Sekar is officially making its way to Netflix India soon after its theatrical release in January 2023. This unique sci-fi comedy flick stars Sathish and debutante Pavithra Lakshmi with veterans in the cast, including George Maryan, Ganesh, Livingston, Ilavarasu, and Sriman. Anirudh Ravichander has adorned the film through his enjoyable playlist which includes a total of 3 songs for the film. This movie is expectedly to come to Netflix around March this year.