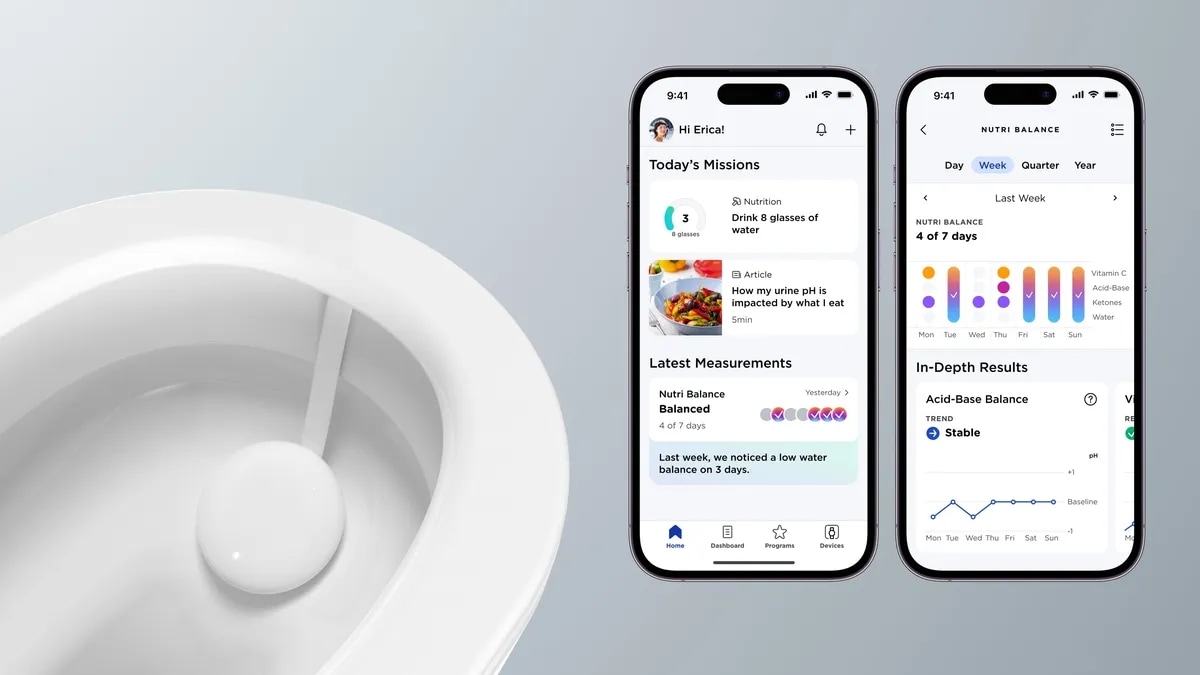 Pillows that stifle snores, urine-testing toilets, and “digital twins” for safer surgeries were all on display at a CES gadget fest in Las Vegas Tuesday, ahead of the opening of the consumer electronics extravaganza.

Fueled by the pandemic, a rising trend in remote or home healthcare innovations is expected to be one of the major themes at the annual CES gathering.

“We are going to see some really interesting health gadgets that monitor or improve your well-being,” Avi Greengart, a technology analyst with Techsponential, said of the show.

South Korea-based 10Minds showed off a pillow with a built-in microphone that detects snoring, then triggers soundless airbags that change size to gently turn a sleeper’s head to a position that makes it easy to breathe quietly.

“When you start snoring, right away it detects it,” company representative Daehyun Kim told AFP at the CES Unveiled event.

“It even distinguishes your snoring from your dog snoring, or your spouse.”

The pillow, which syncs with a smartphone app, collects data which is analysed to identify snoring patterns to hone its response over time, Kim added.

Digital health and wellness company Withings was at Unveiled with a U-Scan device that lets people analyse their urine by peeing as they normally might into a toilet.

A disk that hangs inside a toilet bowl can house changeable cartridges, one of which monitors a woman’s menstruation cycle and another of which measures nutritional health indicators such as vitamin C and ketone levels.

“It helps people monitor their metabolic intake to optimise their daily hydration and nutrients,” the French company said in a release.

The in-toilet device syncs wirelessly to a smartphone app.

U-Scan can even distinguish between various users based on “an individual’s urine stream signature,” according to the company.

Withings will debut U-Scan in Europe in the second quarter of this year, at a price of 500 euros for a starter kit.

It will not be available in the United States until getting approval from the US Food and Drug Administration.

Surgeons can then precisely plan an operation, reducing the time it takes and the risk involved, company co-founder Arnaud Destainville told AFP.

In operating rooms, surgeons can use Microsoft HoloLens mixed reality headsets to access a patient’s hologram “twin” and other data as they work, Destainville said.

“All the planning, all the information becomes available during the surgery,” Destainville said.

US regulators approved the Abys innovation last week, according to the co-founder.

South Korean company Bodyfriend is taking aim at neck and back aches caused by sitting hunched over screens.

A Bodyfriend massage chair billed as a medical device kneads muscles, applies heat and even pulses electromagnetic waves that are supposed to ease aches and pains.

Catch the latest from the Consumer Electronics Show on Gadgets 360, at our CES 2023 hub.