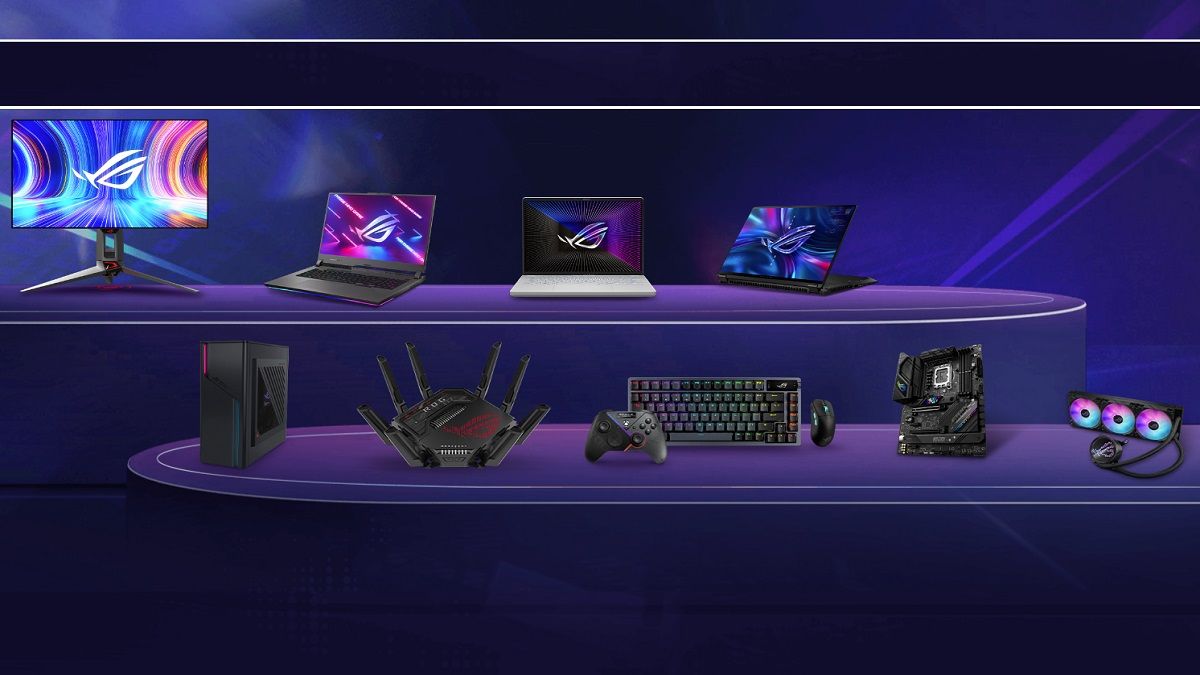 The ASUS ROG Strix SCAR 16 and 18 have been renamed because their chassis has been redesigned to support the larger 16-inch and 18-inch 16:10 aspect-ratio screens. Both laptops support QHD, 240Hz Nebula HDR display with Mini LED technology. As per ASUS, the new Strix SCAR 16 and 18 sport the 13th Gen Intel Core i9 13980HX processor and have a thicker, full-width heatsink and Tri-Fan Technology, which makes it easier to get rid of waste heat.

The new ASUS ROG Strix G16 and ASUS Strix G18 also come equipped with the 13th Gen Intel Core i9 13980HX processor. They can be configured with up to an NVIDIA GeForce RTX 4080 Laptop GPU. The company also said that the Strix G17 and Strix SCAR 17 had been upgraded with AMD’s Ryzen Zen 4 processor, which has up to 16 full-performance cores. 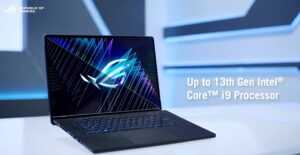 ASUS said that the 2023 Zephyrus M16 is among the first 16-inch devices equipped with ROG’s AniMe Matrix LED lighting array that allows gamers to show their creativity. The laptop’s display has been upgraded to a 16-inch, QHD Nebula HDR Display with Mini-LED tech, a 240Hz refresh rate, and 100 per cent DCI-P3 coverage.

The new Zephyrus G16 boasts of an Intel Core i9 13900H CPU paired with up to an NVIDIA GeForce RTX 4070 Laptop GPU. It also features a Nebula Display, a 16-inch QHD display with a 240Hz refresh rate. Meanwhile, the Zephyrus G14 includes up to an AMD’s Ryzen Zen 4 CPU and up to NVIDIA’s GeForce RTX 4090 Laptop GPU, a MUX Switch, and NVIDIA Advanced Optimus. ASUS noted that the G14 comes with a 14-inch Nebula HDR display with 600 nits of peak brightness.

The Zephyrus Duo 16 comes with a dual display setup that comprises a 16-inch Mini LED panel and a 4K touchscreen. It has been upgraded with an AMD’s Ryzen Zen 4 processor with 16 cores, NVIDIA’s GeForce RTX 4090 Laptop GPU, and a MUX Switch.

The new Flow X13 boasts up to an AMD’s Ryzen Zen 4 processor and up to NVIDIA’s GeForce RTX 4070 Laptop GPU. It comes with a QHD 165Hz Nebula display, and its chassis has been completely redesigned.

The Flow Z13 was upgraded with an NVIDIA GeForce RTX 4060 Laptop GPU. It comes with a 13-inch QHD 165Hz refresh rate Nebula Display. Meanwhile, the ROG Flow X16 comes with an Intel Core i9 13900H processor and up to NVIDIA’s GeForce RTX 4070 Laptop GPU with a MUX Switch and NVIDIA Advanced Optimus.