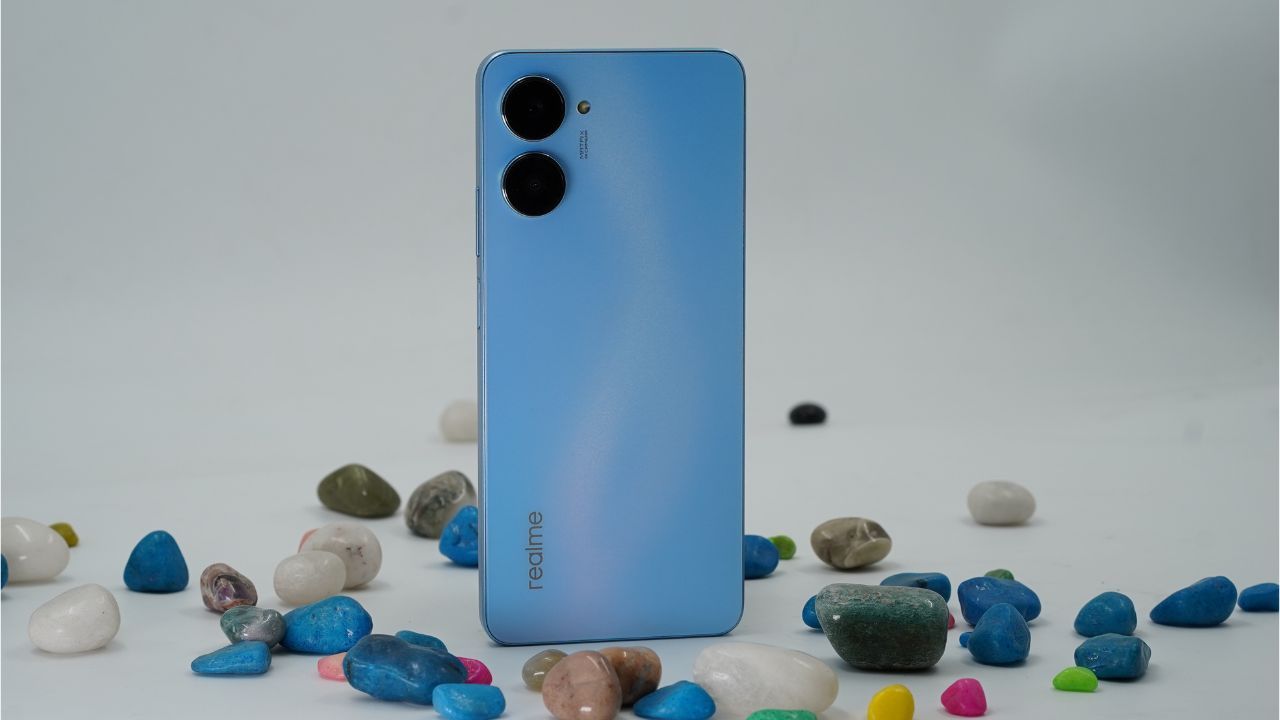 Realme’s signature number series of budget and mid-range smartphones has been fairly popular in India. Last year’s Realme 9 series launched to largely positive reviews across the board, with an impressive camera, a good and innovative design, and a pretty decent display. This year, Realme has taken a different approach. Instead of the camera, the company seems to have shifted its focus more on the design and the overall feel of the Realme 10 Pro and Realme 10 Pro+ 5G. The Realme 10 Pro 5G, which has been launched as an under-Rs 20,000 offering in the country, is the latest smartphone to come into our test center. So let’s find out if the almost bezel-less smartphone is a worthy performer.

Design is probably the only element where we are seeing something we haven’t seen before. Firstly, the build is nothing out of the ordinary, we have a normal glass-slab design with flat edges and a polycarbonate back panel, which comes in three colours – Nebula Blue, Dark Matter, and an interesting Hyperspace Gold colour, which has a reflective finish, almost like a CD. For our review, we got the Nebula Blue colour of the Realme 10 Pro 5G, which is a shade of light blue with a certain matte-like finish. The smartphone feels super lightweight in your hands and the build quality does not feel very solid when you first hold the smartphone. 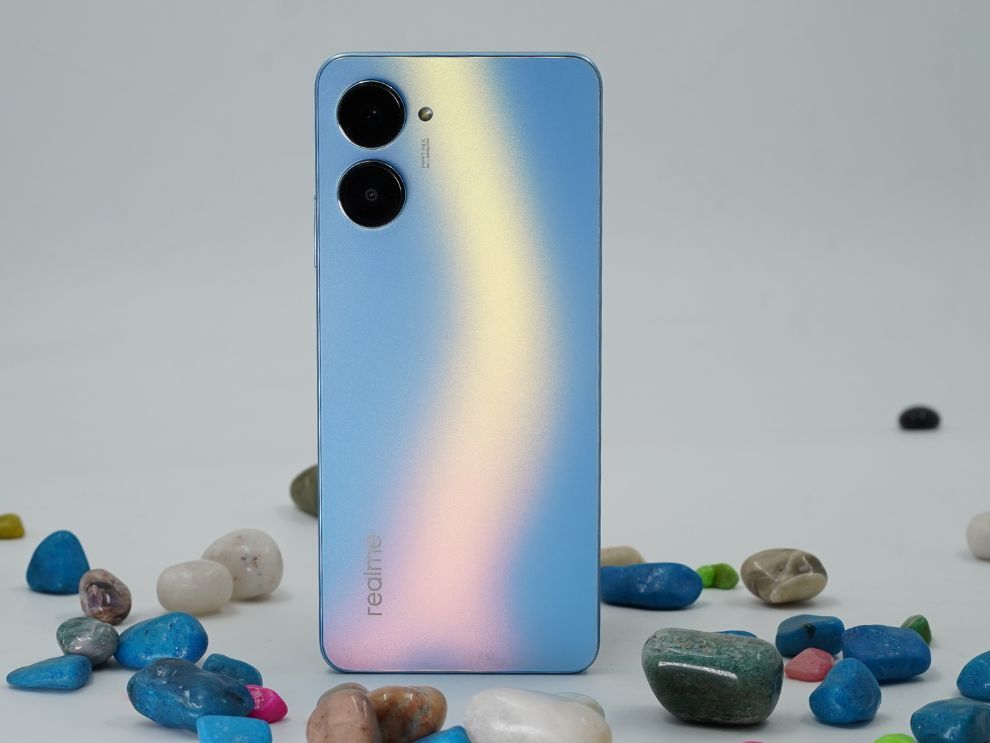 At the front is where the Realme 10 Pro 5G’s design speaks volumes. The Realme 10 Pro 5G has next-to-no bezels on the front. This no-bezel look makes the Realme 10 Pro stand out in terms of screen real estate, which is probably more than any other smartphone in this range. This is also the slimmest bezels that we have seen on any LCD display on a smartphone so far. With the new design, Realme has managed to achieve an over 93 percent screen-to-body ratio, which is impressive with an LCD panel, since they are not as flexible as AMOLED. However, the slight chin at the bottom kind of hinders with the whole bezel-less look. 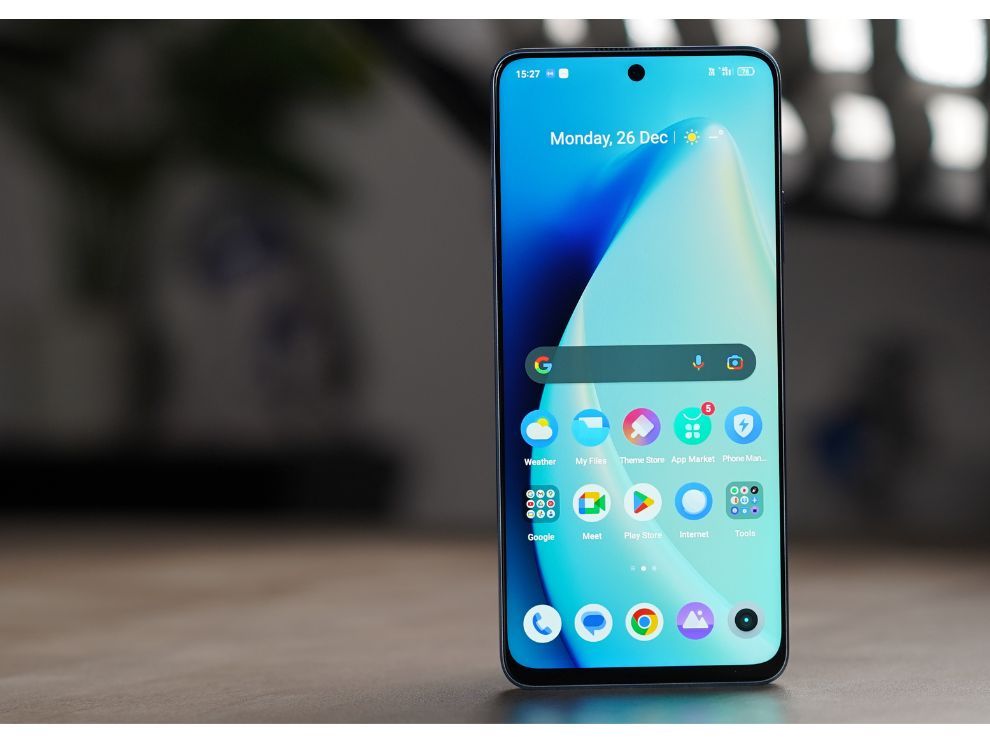 Overall, this is a very good design approach from Realme. The bezel-less design does look pretty slick from the front, and while the chin does still hamper the whole aesthetic a little bit, doing this with an LCD display is impressive. However, we are not sure if this design approach will affect the repairability of the Realme 10 Pro 5G. We did ask Realme about the repairability, but are yet to hear back from the brand. Otherwise as well, the flat-edged design looks very seamless and sober, just the build quality doesn’t feel very solid.

Coming to the display, the Realme 10 Pro 5G uses a 6.72-inch LCD display with a 120Hz refresh rate. The display is pretty responsive while using the smartphone. The 120Hz refresh rate, paired with 240Hz touch sampling rate makes things pretty slick while navigating through apps or scrolling on your feed. The colour accuracy, however, is not as good as we’d have gotten on an AMOLED display, but this LCD panel does well while you’re watching content or viewing pictures on the Realme 10 Pro. By LCD standards, the Realme 10 Pro’s display is pretty solid. 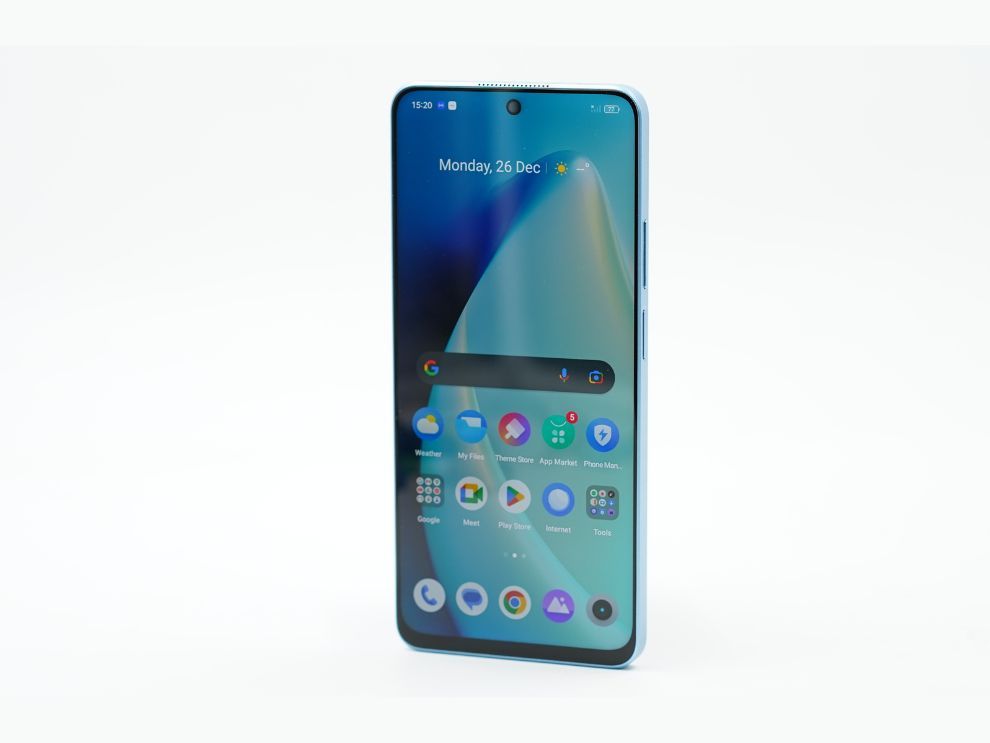 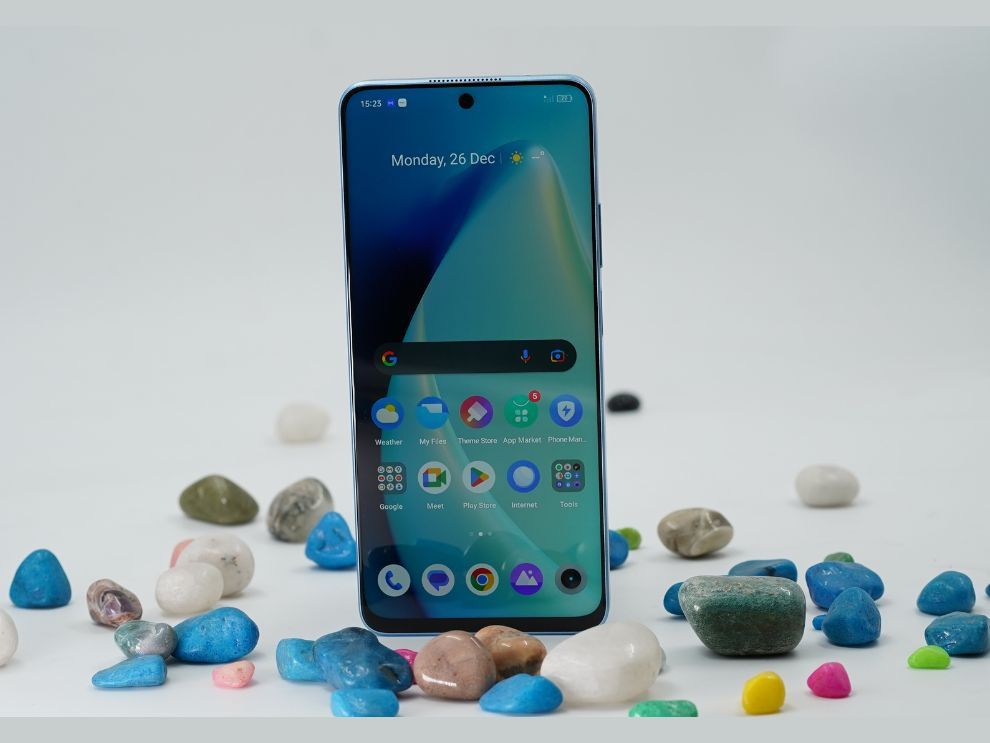 While gaming as well, the LCD display on the Realme 10 Pro 5G was able to manage high frame rate outputs, and the display brightness also didn’t disappoint. However, the colours weren’t as vibrant as we have seen on other smartphones in this range, even in the high colour setting in certain games like Call of Duty Mobile. The details also aren’t the sharpest, but this is a pretty decent display for gaming, as compared to other LCD displays. 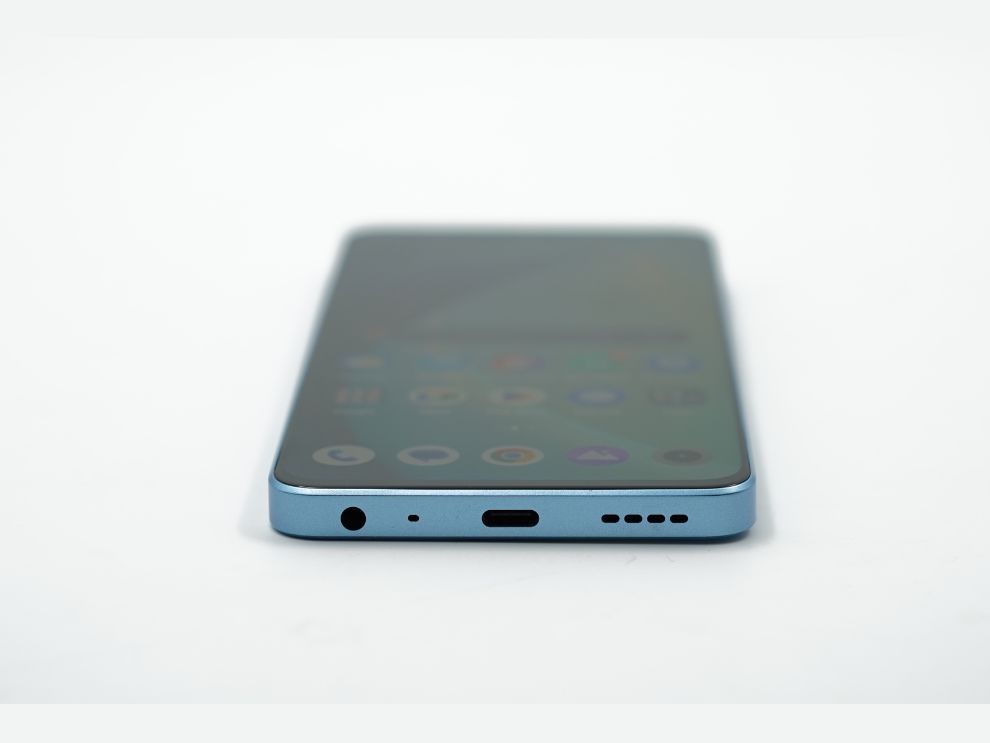 In Geekbench 5, the Realme 10 Pro 5G scored an impressive 683 points for single core tests, and 2016 points for multi-core tests. This is one of the highest as compared to all under-Rs 20,000 smartphones that we have tested in the last few months. Like the two popular benchmarks mentioned above, the Realme 10 Pro performed fairly well in all benchmarks that tested the smartphone’s processing, rendering, multitasking, storage, RAM, GPU, and other parameters. Here is a graph to give you a fair idea as to how the Realme 10 Pro 5G performs as compared to some of the best performing smartphones under Rs 20,000, according to our tests. 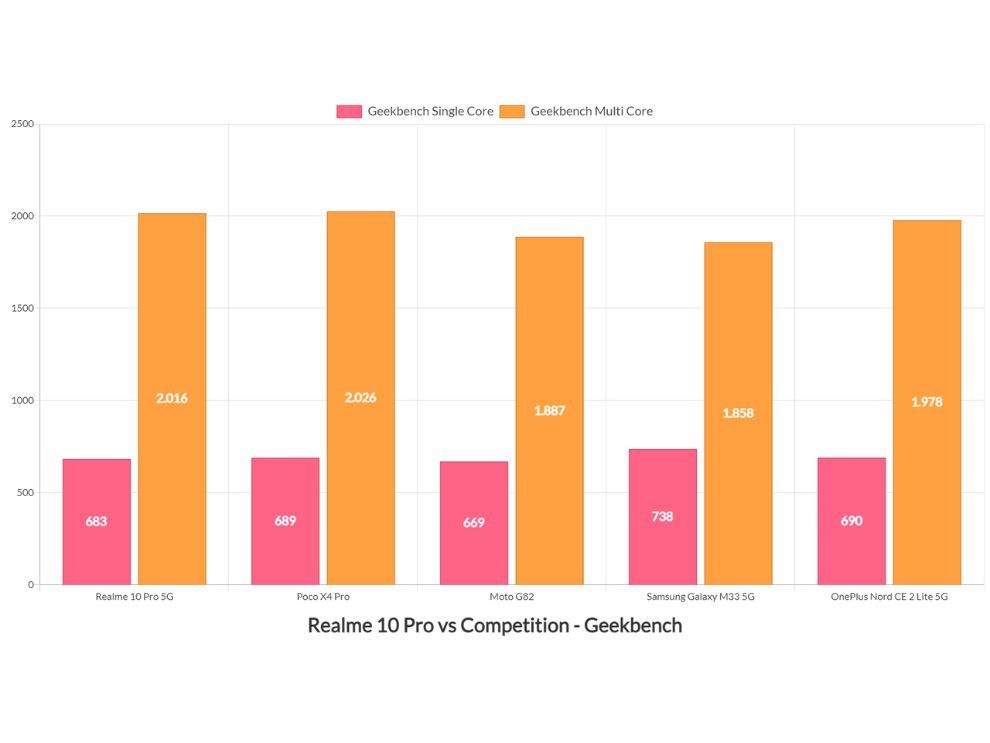 In other benchmark tests also, the Realme 10 Pro 5G was able to hold its own among competition in the market. Here are a few more graphs to give you a fair idea as to how the Realme 10 Pro performed as compared to comparison according to different benchmark and storage tests ran on the smartphone during our testing: 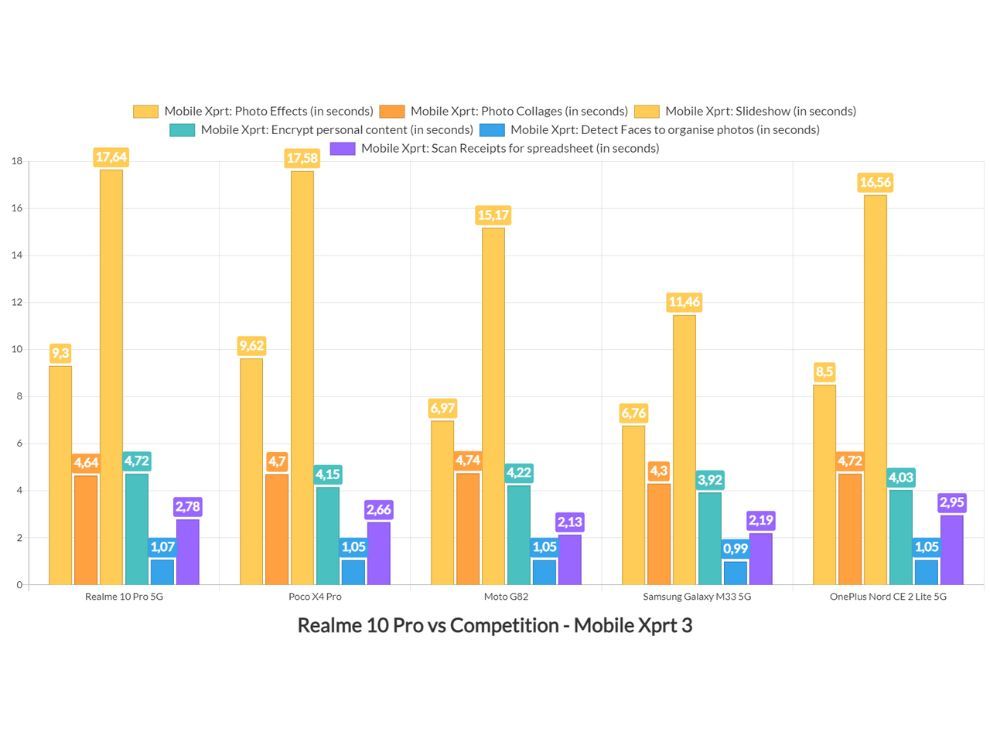 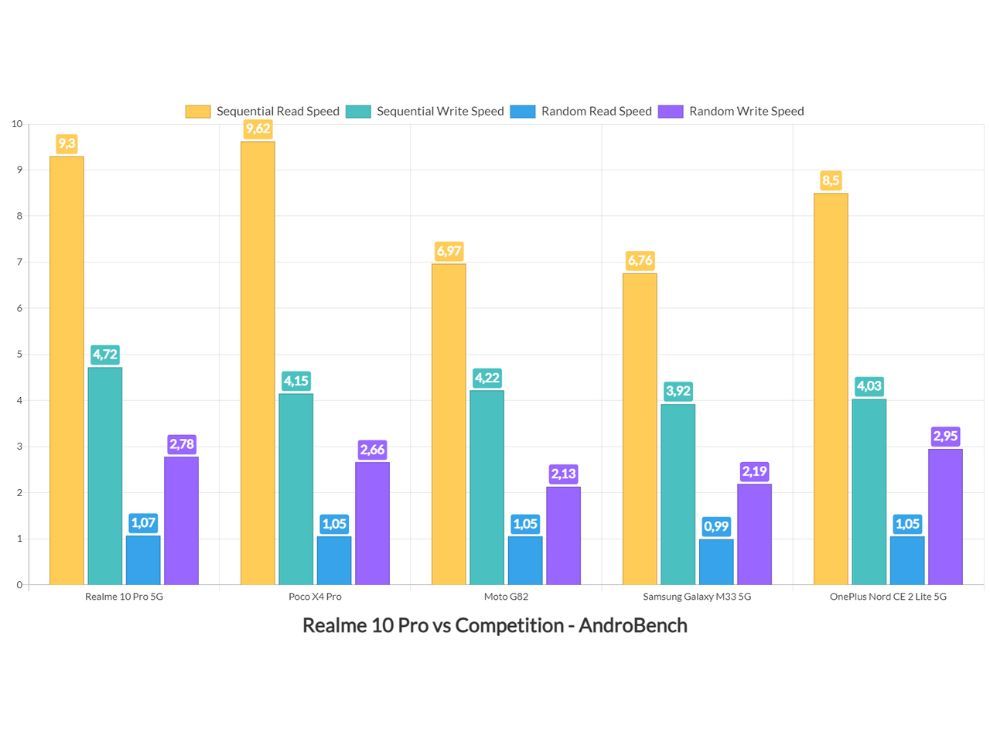 While we are at performance, let’s also mention that UI on the Realme 10 Pro 5G. The latest smartphone from Realme runs on Realme UI 4 based on Android 13. This brings new convenience and safety features like auto pixelate for blurring things on images, upgraded Private Safe, where users can protect their photos and videos with passwords. Additionally, Realme UI 4 also brings many Android 13 features to Realme smartphones, but the software still remains full of bloatware and copious amounts of terms and conditions, even before using basic features like camera or phone. 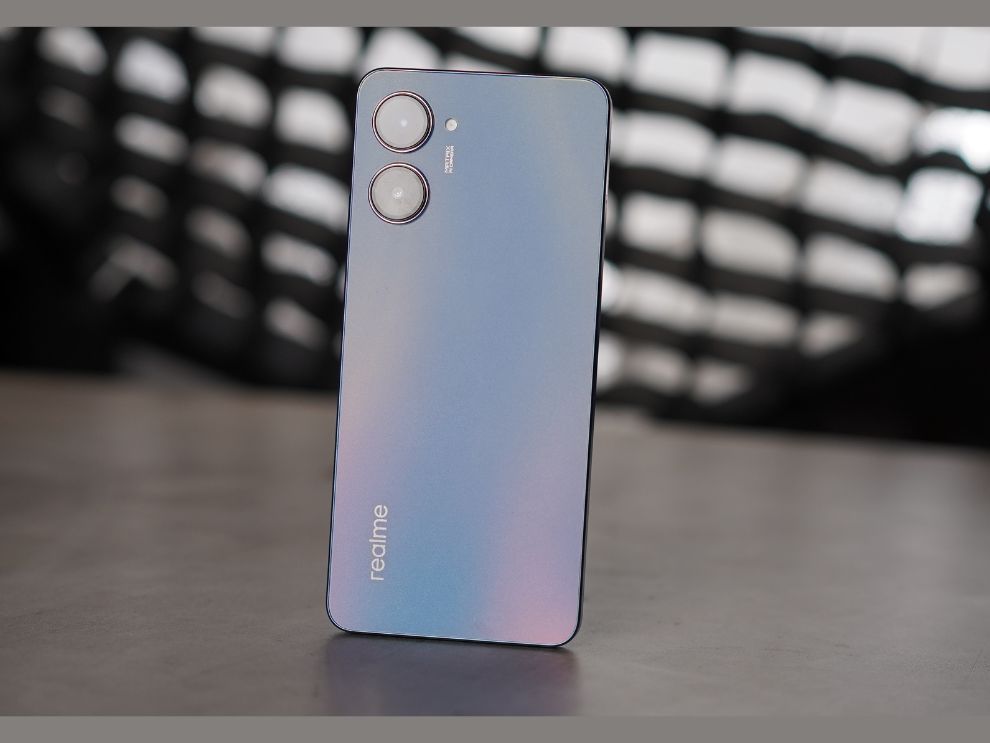 Coming to the camera, the Realme 10 Pro 5G comes with a dual rear camera setup that includes a 108-megapixel primary shooter, and a 2-megapixel depth sensor. The camera performance on the Realme 10 Pro 5G is just about average. The images look slightly dull and lacking detail, except clicking in 108-megapixel mode. The details are much better in 108MP, and the camera adds a certain depth on its own if you are focusing on a single subject. Otherwise, the images out of the Realme 10 Pro’s camera don’t really stand out in terms of detail or quality. The images from the front camera also seem overprocessed. As we have seen from Realme phones earlier, the front camera makes your face a bit too white, even after turning all the beautifying features on. 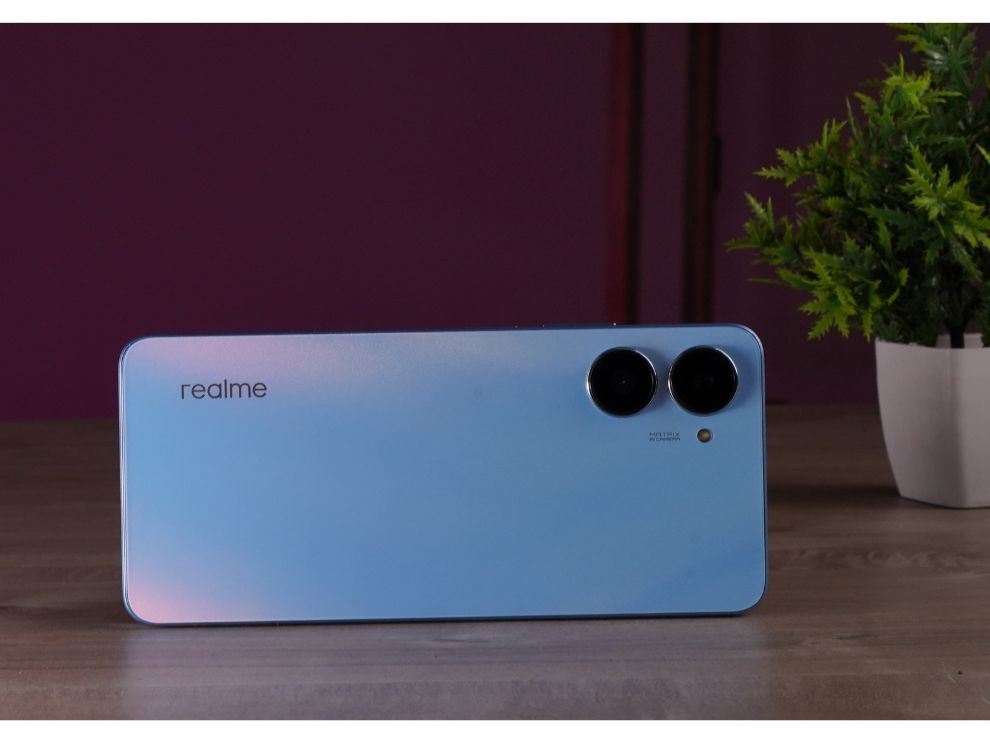 So, overall the Realme 10 Pro 5G is a pretty average smartphone, which does everything you’d expect from an under-Rs 20,000 Android phone and does it well, thanks to the nicely-optimised Snapdragon 695 SoC. However, the Realme 10 Pro 5G’s design is the selling point here.  Realme has managed to make the 10 Pro almost bezel-less with the negligible 1mm bezels, making the smartphone look almost unreal. The chin does hinder the overall full-screen design, but it’s still one of the highest screen-to-body ratio that we have seen on an LCD display. Furthermore, the camera on the Realme 10 Pro 5G isn’t great and in terms of battery life, the Realme 10 Pro ekes out just over a day’s usage. The charging, however, is super-fast and the Realme 10 Pro 5G charges from 0-100 is under just over one hour. And did we mention, there is also plenty of bloatware apps that come with Realme UI.