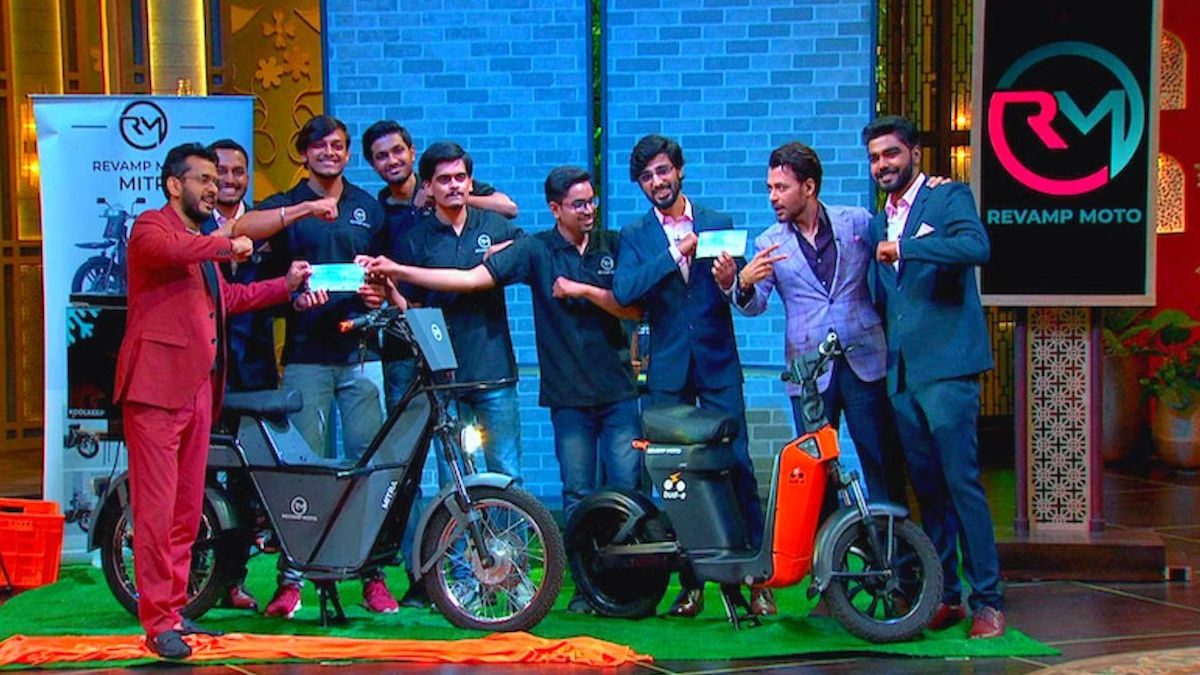 Revamp Moto, a Nashik-based EV startup which participated in Shark Tank Season 1 and bagged a round of funding from the Sharks, has now launched India’s first transformable electric two-wheeler.

The RM Buddie 25 is a low-speed electric two-wheeler that has been built from the ground up keeping modularity in mind. The company has designed the EV to host a swappable battery pack and also accommodate a host of other accessories and attachments that can help users carry a payload or carry a pillion. 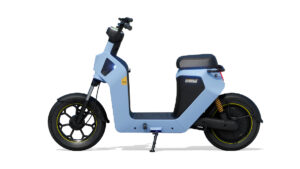 Shark Tank participants Revamp Moto have launched the RM Buddie 25 low-speed electric scooter in India for a starting price of Rs 69,999 (ex-showroom). According to the company, the RM Buddie 25 is India’s first ‘transformable’ EV and has the idea of modularity built right into it.

Speaking to The Better India, Pritesh Mahajan, Co-Founder and CEO of Revamp Moto, said the Buddie comes with a payload capacity of 120 kg and has swappable attachments including a child seat, saddle stay and saddle bags, insulated box, carrier, base plate and base rack. The vehicle will be available in five colour options – Billionaire’s Blue, Wealthy White, Royal Red, Oscar Orange and Grand Grey.

“As Indians, we are known for our ‘jugaad’. A significant chunk of people using two-wheelers in India uses their vehicles for more than just mobility — from carrying goods to setting up shops on two wheels. All of this is actualised using makeshift solutions risking their own safety. We decided to address this problem by providing swappable attachments that could cater to the varying needs of the customers, making our vehicles a truly transformable EV.”
– Pritesh Mahajan, Co-Founder and CEO of Revamp Moto

The vehicle has a limited top speed of 25km/h so as to qualify as a low-speed vehicle which relieves it from registration and can be ridden by anyone, even without a license. Revamp Moto has opened up for bookings since December 16th 2022. The deliveries are scheduled to begin sometime in April 2023.

The e-scooter gets a removable battery pack that can be swapped out “within a minute” and charged at home. The RM Buddie 25 gets a 48V, 25Ah lithium-ion battery pack and an electric motor that combined delivers a claimed range of 70km on a single charge. The e-two-wheeler takes about 1 hour and 45 minutes to charge from 0 to 80 percent. Users will also be able to connect to the scooter via a companion mobile app and utilise up to 50 parameters of connected vehicle tech.

Revamp Moto managed to bag sizeable funding during their stint in Shark Tank Season 1. In the show, the company rolled in funding worth Rs 1 crore. The offer was made by boAt founder Aman Gupta and Anupam Mittal of Shaadi.com chipped in the money in exchange for 1.5 percent of the equity in the company. Revamp Moto later also brought Lenskart’s Peyush Bansal and Bharat Pe’s Ashneer Grover into the mix for Rs 50 lakh. The company is also using its strong backend support to launch the RM Buddie 25 in the metaverse which would make it the first electric startup to have launched it product in the VR platform.