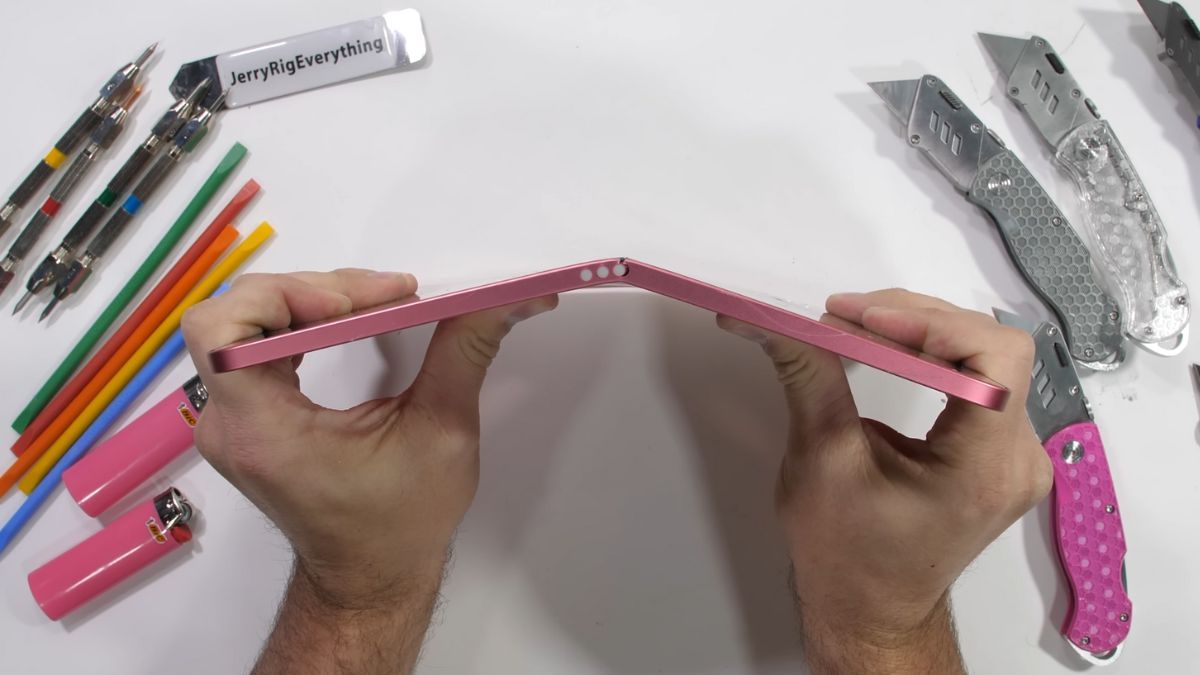 Upon unboxing the package, you will find a 20W charging break, a USB Type-C to USB Type-C charging cable, and the iPad itself, made of 100 percent recycled aluminum (Apple claims). The YouTuber says that the new iPad has “officially caught up with the rest of the world” with the USB-C port instead of the traditional Lightning port.

Before diving into the durability test, Zack takes a moment to highlight Apple’s decision about only supporting the 1st generation Lighting connector Apple Pencil on a USB Type-C iPad. You’ll have to buy a USB-C dongle separately. Anyways, let’s take a look at its durability test.

The test begins with scratching the display with visitable marks at Level 6 and deeper grooves at Level 7 on the Mohs hardness scale. Nelson then takes out his knife to scrape it on the sides of the iPad, revealing that the power button – which doubles as a fingerprint scanner – does not scratch. Next, he starts sketching a cartoon character on the back.

Then the display goes under fire for 15 seconds via a lighter. The heat makes the pixel on the LCD panel turn black but recovers after some time. Finally, it’s now time for the bent test. Appling pressure from the back makes the iPad break into two pieces, failing the durability test.

The YouTuber mentions that iPad has a weak spot: its keyboard connector dots on the side. Zack then tears down the iPad and shows us what’s inside the iPad. Nelson notes that “this iPad does look pretty repairable.”