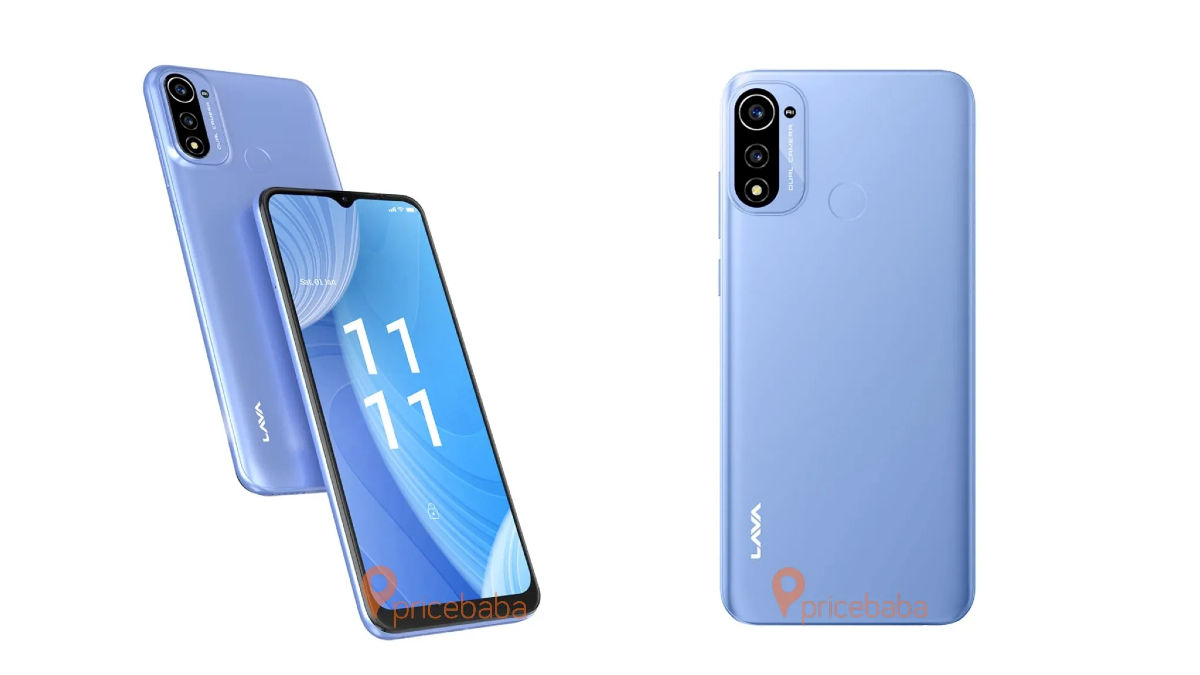 The LAVA X3 is tipped to come with dual cameras on the back, a 4000mAh battery, 9nm thickness, and 210 grams of weight. The phone will come with bottom-firing speakers and a 3.5mm audio jack.

The LAVA X3 renders show the phone will have a waterdrop notch for the selfie snapper. The volume rocker and power button are on the right edge. While the left side houses the SIM tray section. Moving to the back, there is a rectangular camera module to house dual camera sensors and an LED flash. We also have a fingerprint sensor and LAVA branding.

According to the report, the LAVA X3 will flaunt a 6.5-inch HD+ IPS display and be powered by the 2GHz MediaTek Helio processor paired with 3GB RAM and 32GB of internal storage. The budget handset will run on Android 12 Go Edition.

Moving to optics, the LAVA X3 will house 8MP dual cameras on the back and a 5MP shooter on the front for selfies and video chats. The phone will have bottom speakers and a 3.5mm audio jack.

LAVA X3 will be sold via Amazon as there is a dedicated microsite. However, the exact date is not revealed at the moment.