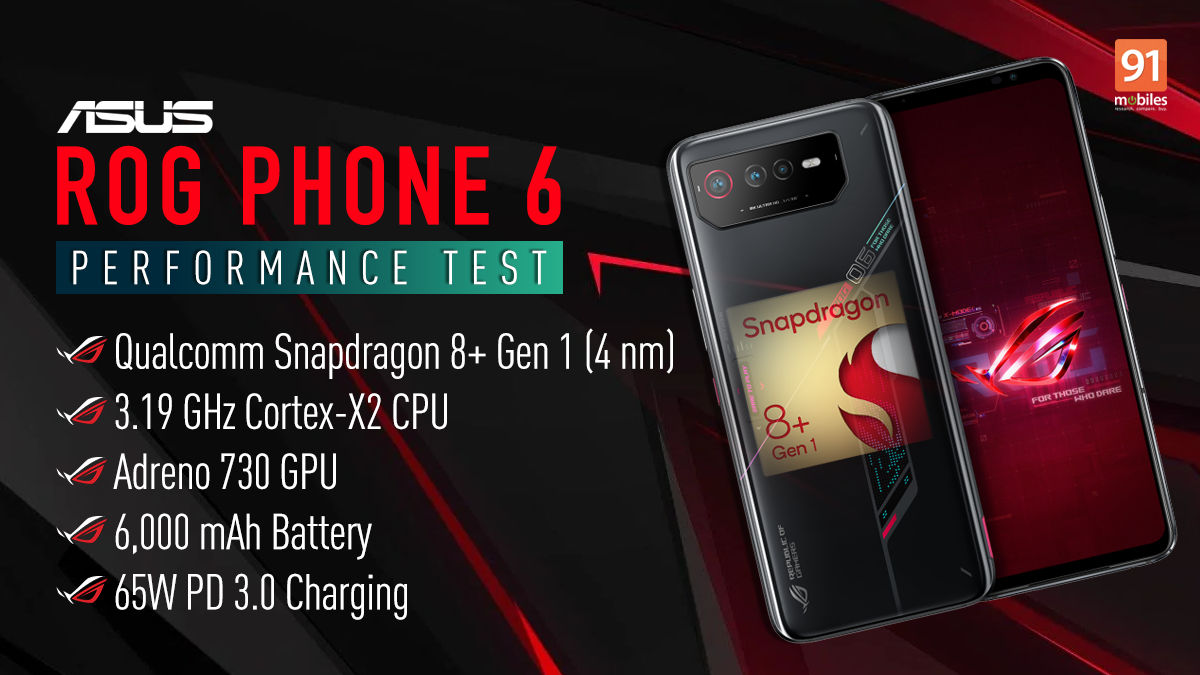 As a manufacturer of gaming devices, ASUS has long gained a reputation for producing quality products. With its ROG series of laptops and smartphones, the company caters to the needs of serious gamers. Recently, the company released its ROG Phone 6 series, which is powered by Qualcomm Snapdragon 8+ Gen 1 SOC and has vapour chamber cooling technology inside, so it does not exhibit excessive heat even after intensive use. 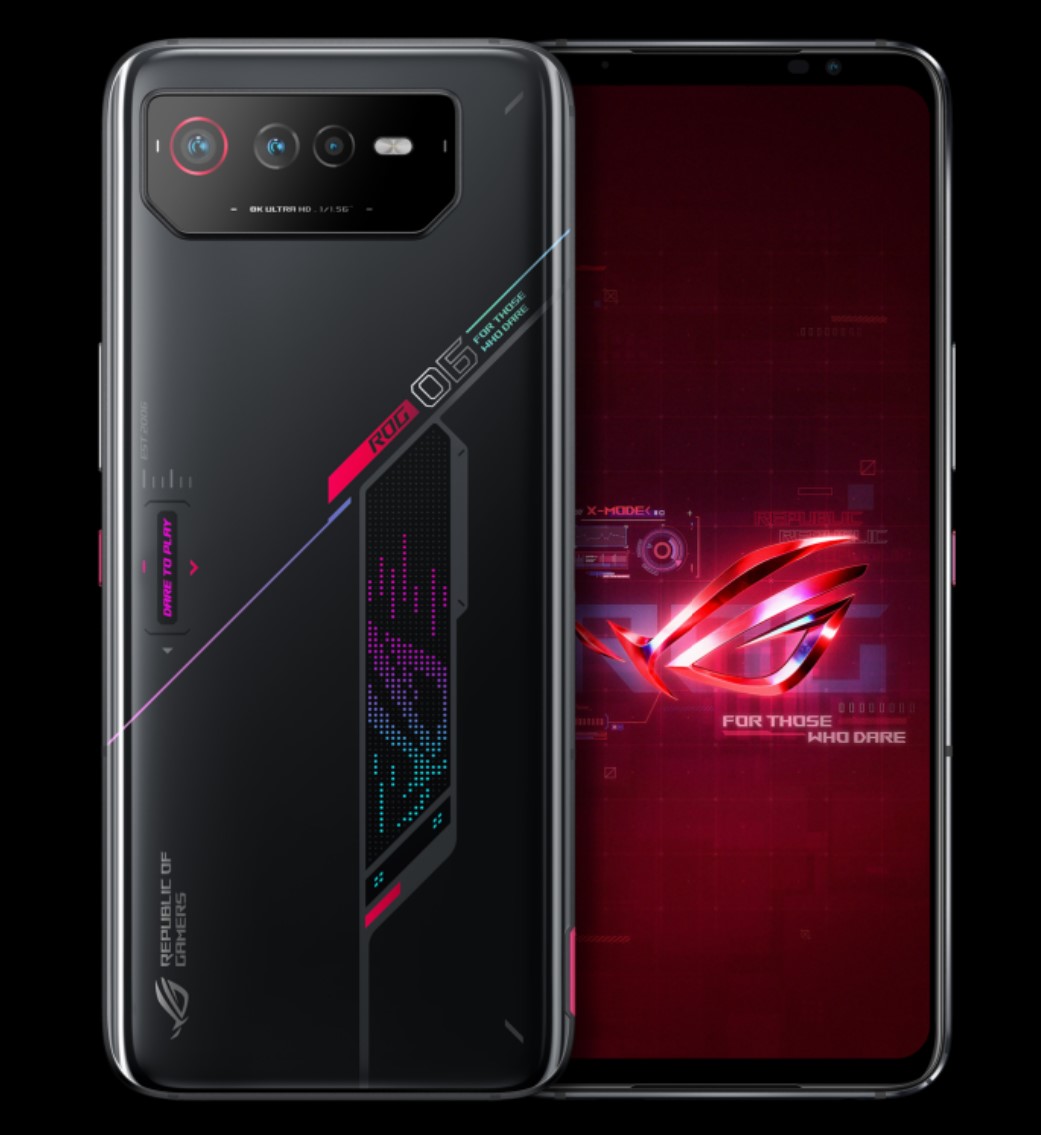 We decided to test out some benchmarking apps on this phone to see how much of a gaming beast this phone is. For this test, we pitted the ASUS ROG Phone 6 against the iQOO 9T, which also has a Snapdragon 8+ Gen 1 SoC. So, without further ado, let’s take a look at the results. 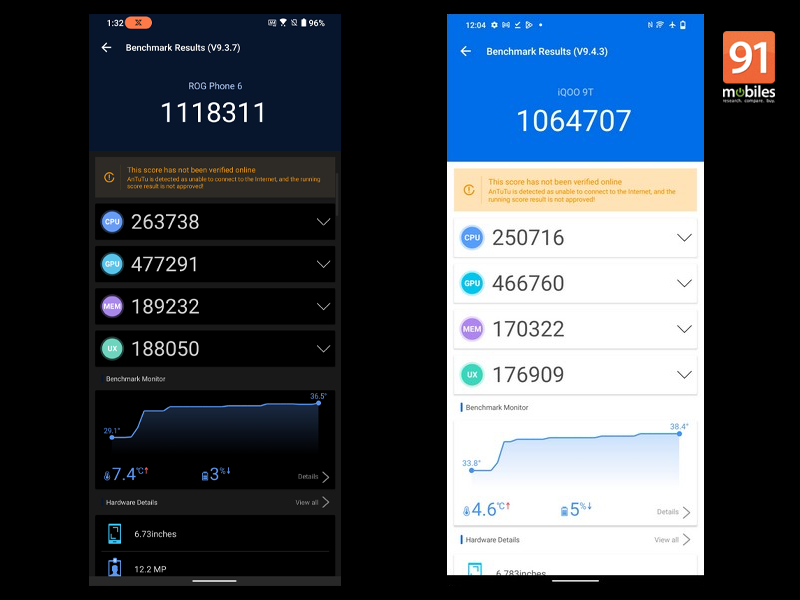 So, we started our benchmarking tests with the well-known app Antutu. We kept the performance at its highest level and set the refresh rate to its maximum throughout all of our tests and gameplay. The ASUS ROG 6 scored 1118311, which in comparison to the iQOO 9T is significantly higher, as it could only manage to achieve the score of 1064707. However, the temperature increased by 7.4 percent on ASUS, which is almost 3 percent higher than the iQOO 9T. 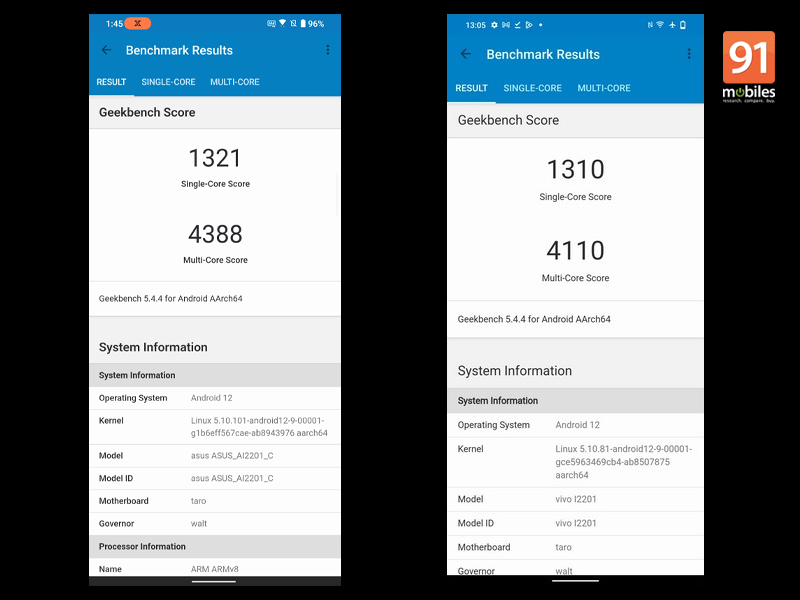 As part of this performance test, we selected four benchmarking apps, including Geekbench 5. This app will give a clear idea about how each core of the phone performs. The Qualcomm Snapdragon 8+ Gen 1 SoC has a Cortex X2 CPU that runs at 3.2GHz. While performing this benchmark, we didn’t notice much of a difference between both phones. The ASUS ROG Phone 6 logged single-core and multi-core scores of 1321 and 4388, respectively. While on iQOO 9T, the single-core score was 1310 and the multi-core score was 4110. 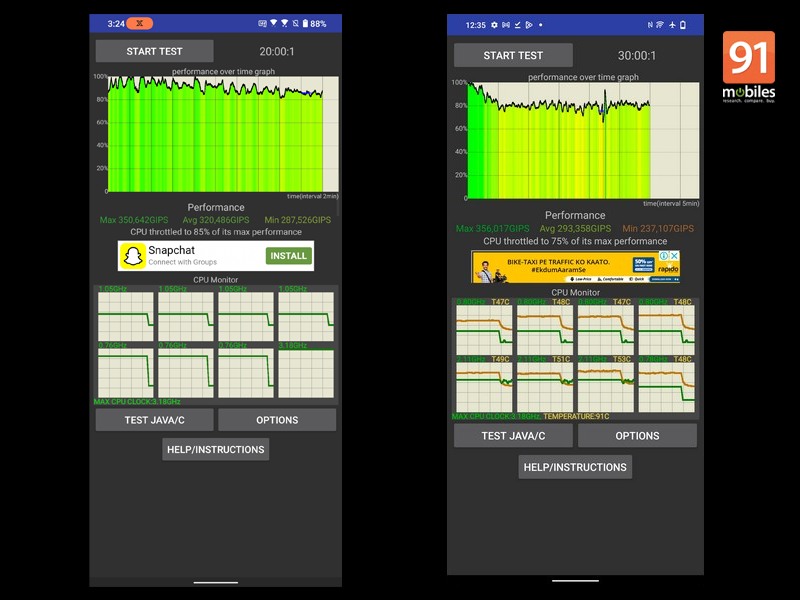 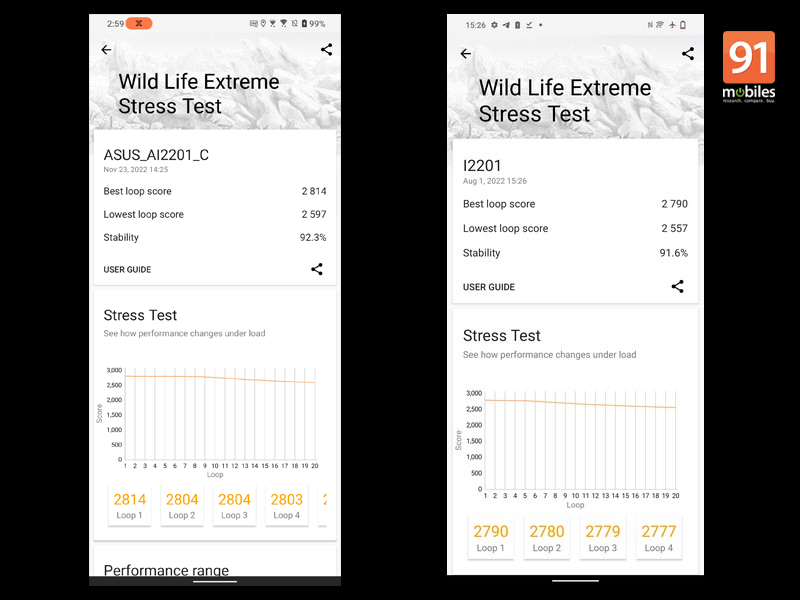 To test out the in-depth performance of the phone, we also ran 3D Mark’s Wild Life Extreme Stress Test. This test basically stresses the processor to check how the phone behaves in prolonged heavy usage. In this test, you can see that ASUS ROG Phone 6 could maintain a stable performance level of up to 92.3 percent, while the iQOO 9T’s stability was 91.6 percent This indicates that both phones will stand close to each other while playing heavy graphic games for an extended period of time.

In order to assess the ASUS ROG Phone 6’s performance in real-time, we played CODM on it. In the graphics settings section, we figured out that ASUS Phone 6 was capable of running the game at ULTRA (MP Only) mode, which measures as 120 FPS. However, on this setting, the graphics quality couldn’t go beyond Medium. Therefore, if you want to balance out both settings, you must keep the frame rate to Max which automatically raises the graphic quality to very high. We tested out the gameplay on this phone for 30 mins on these graphics settings, and, the phone saw 7 percent battery drain and a 5-degree temperature rise. This does look quite impressive.

With all the tests that we conducted on ROG Phone 6 and iQOO 9T, it is apparent that ROG Phone 6 is a true gaming beast. Therefore, if you are a gamer, then this device should definitely meet your needs. Did we mention that the ASUS ROG Phone 6 also has gaming triggers for an enhanced gaming experience?.