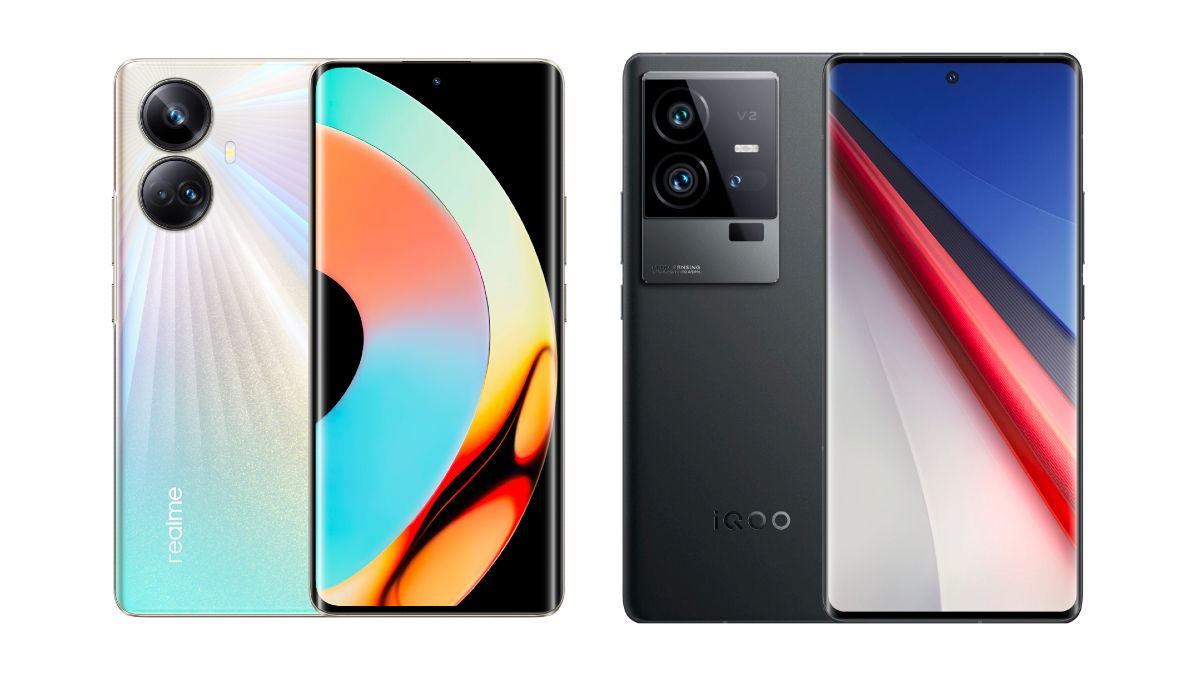 The first week of December 2022 saw the launch of as many as ten smartphones from brands like Realme, iQOO, Samsung, Tecno, and OPPO. The week started with Tecno revealing its Phantom X2 series and ended with Samsung taking wraps off its Galaxy M04. The Realme 10 Pro series, iQOO 11 lineup, and Tecno Pova 4 also arrived in the middle of the week. Here’s a quick overview of every major smartphone launched this week, both globally and in India. 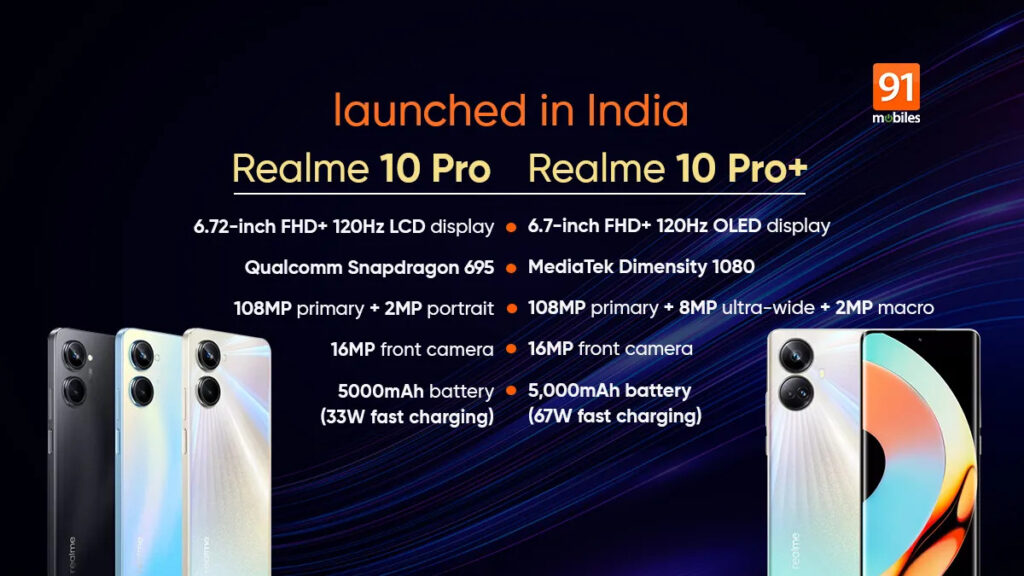 Realme 10 Pro: The phone has a 6.72-inch FHD+ 120Hz LCD panel that draws power from a Qualcomm Snapdragon 695 SoC paired with up to 12GB RAM and 256GB storage. A 5000mAh battery with 33W fast charging support keeps the lights on. It has a 16MP front-facing camera and dual rear camera setup: 108MP primary and 2MP portrait.

Realme 10 Pro+: It sports a 6.7-inch FHD+ 120Hz Super AMOLED curved display that gets its fuel from a 5000mAh battery with 67W fast charging support. A MediaTek Dimensity 1080 SoC runs the show paired with up to 12GB RAM and 256GB storage. Besides an extra 8MP ultrawide lens, the Realme 10 Pro+ has a camera setup similar to one on the 10 Pro. 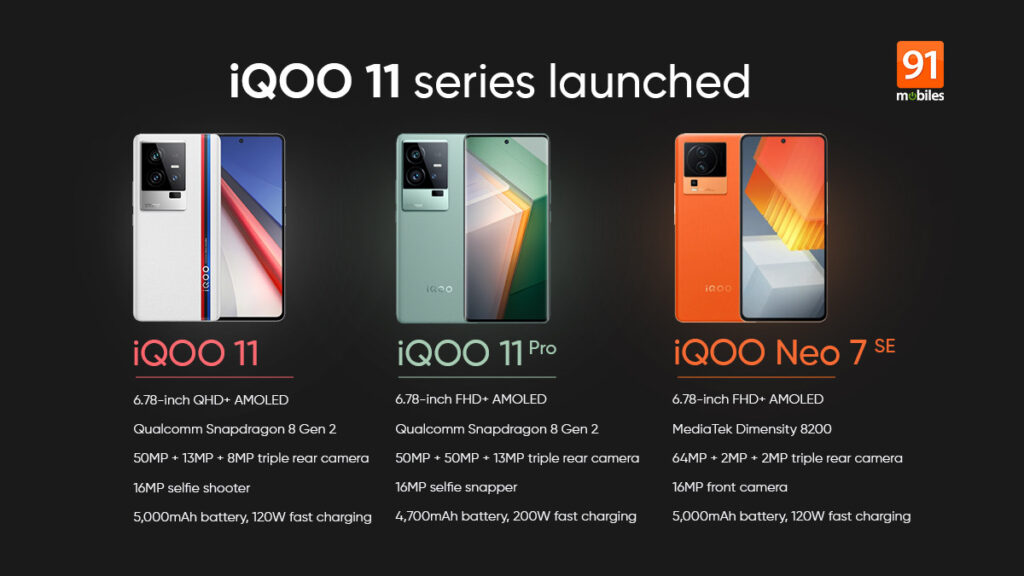 The iQOO 11 series and iQOO Neo 7 SE were announced in China this week and are expected to come to India in early 2023. The phones start at around Rs 24,800.

iQOO 11 Pro: The iQOO 11 Pro comes with a similar spec sheet apart from a few tweaks here and there. You get a QHD+ display, 200W fast charging support, and a better triple rear camera setup: 50MP primary, 50MP ultrawide, and 13MP portrait. 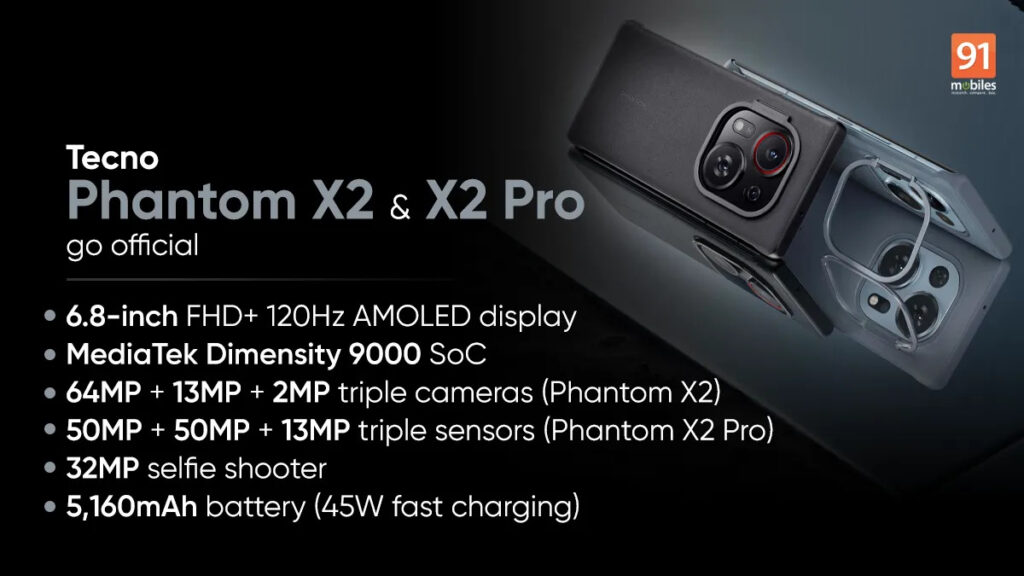 The Tecno Phantom X2 and Phantom X2 Pro were announced in Dubai this week. The company has confirmed that the former will launch in India later this month while the Phantom X2 Pro will arrive early next year. 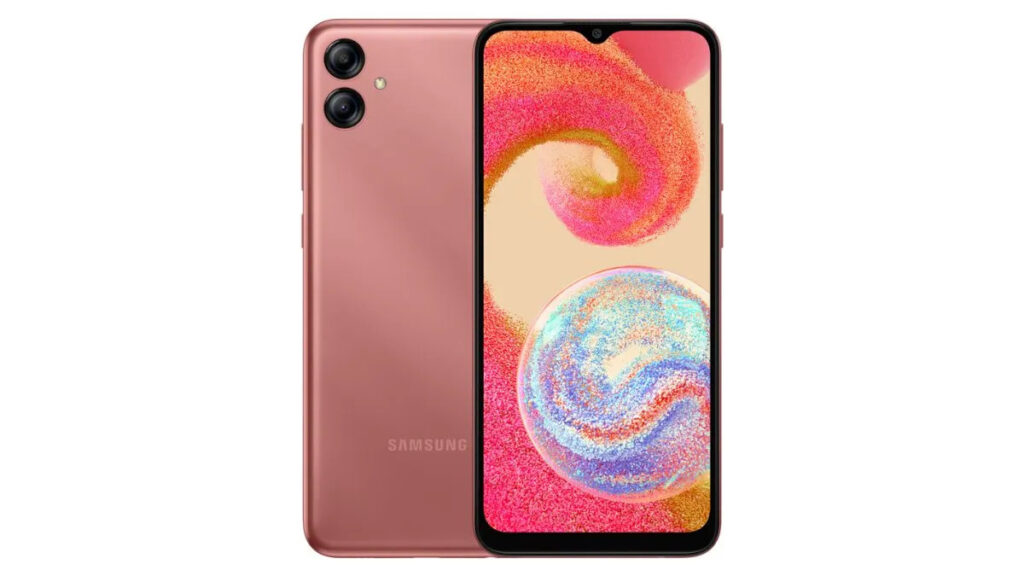 Samsung Galaxy M04 landed in India with an affordable price tag of Rs 8,499. Up front is a 6.58-inch HD+ display that supports a 90Hz refresh rate. A 5,000mAh battery with 15W fast charging support keeps the lights on, and a MediaTek Helio P35 processor with 4GB RAM and 128GB storage runs the show. It has a dual rear camera setup: 13MP primary and 2MP secondary. There is a 5MP snapper on the front for selfies and video calling needs.

The Tecno Pova 4 is a 6.82-inch phone with an HD+ IPS LCD panel that supports a 90Hz HRR. There’s a 50MP dual rear camera setup and an 8MP selfie shooter for photography. It packs a MediaTek Helio G99, 8GB RAM with 128GB storage, and a 6,000mAh battery with 18W fast charging support.