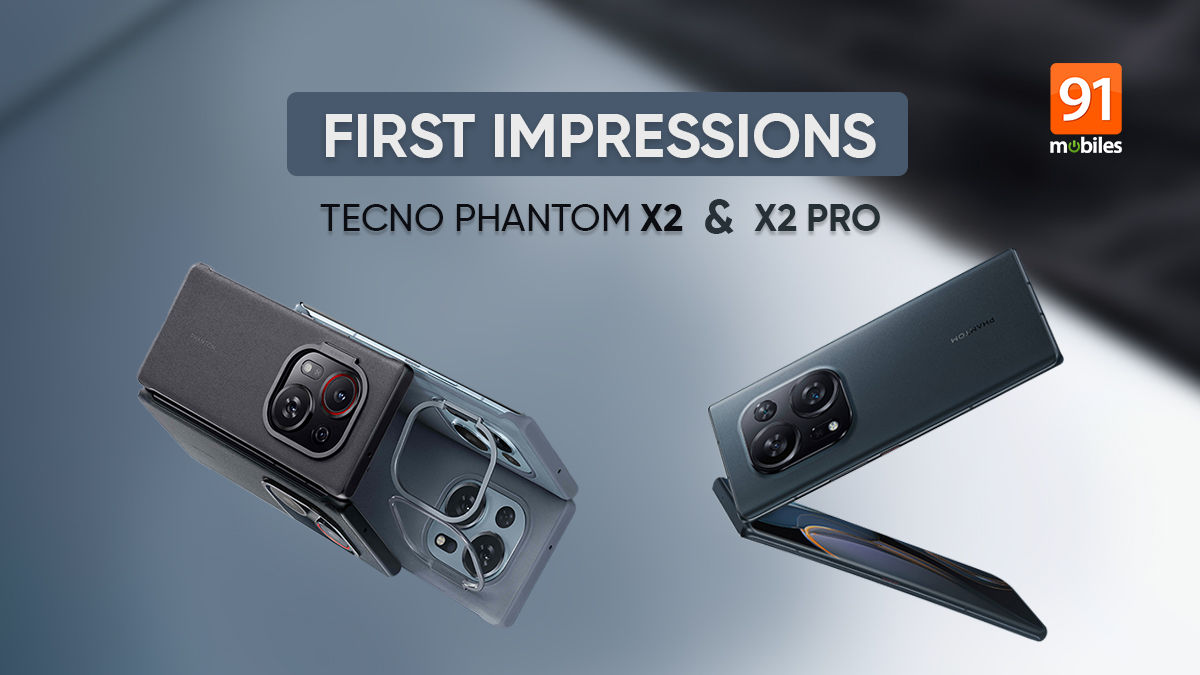 Transsion Holdings subsidiary Tecno launched the new Phantom X2, X2 Pro, and X2 Pro 5G Eco-friendly Edition smartphones, at a global launch event in Dubai. The eco-friendly edition is a special version of the Phantom X2 Pro with an environmentally friendly back cover, manufactured using recycled materials recovered from the oceans. The X2 and X2 Pro handsets are the company’s flagship offerings, boasting a bunch of upgrades over the original Phantom X, which was launched in India back in April. The new Phantom X2 series smartphones look and feel the same, but it is the Pro model which has better photography abilities, at least on paper, compared to the vanilla X2.

Tecno Phantom X2 and X2 Pro India prices haven’t been announced yet, but the handsets are all set to make their way to the country as early as this month. That said, here’s the unboxing and my first impressions of the Phantom X2 and X2 Pro after spending some time with the smartphones at the event. 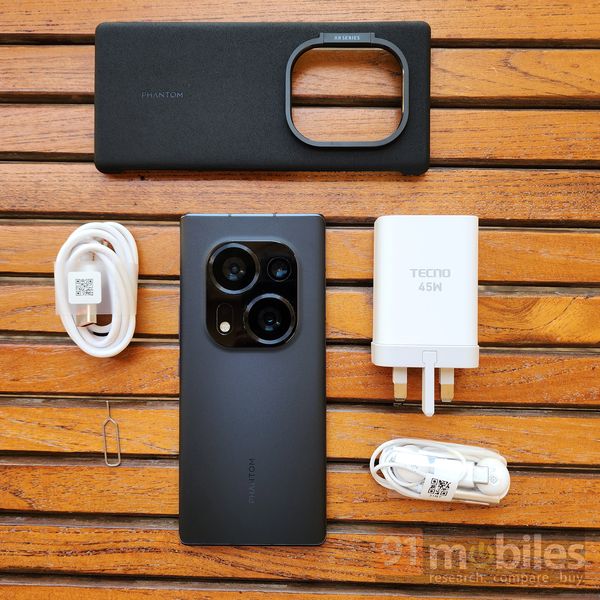 Design-wise, the Phantom X2 and X2 Pro are not very different from one another. Both devices flaunt curved screens, with a 3.5D lunar crater design. The latter adds a texture to the phones’ back cover, which looks premium and offers a good in-hand feel. The design also keeps smudges and fingerprints at bay. Moving on, the handsets’ edges taper at the side, providing an elegant curve and comfortable grip. The phones’ have a volume rocker and a power button on the right spine, while the USB Type-C port is at the bottom, sandwiched in between a speaker grille and SIM ejector tray, which holds slots for dual nano SIMs. There is no microSD card slot on smartphones to further expand the storage. As for the colour options, the vanilla model comes in Stardust Grey and Moonlight Silver colour options, whereas, the Pro variant can be bought in Mars Orange (made of recycled plastic) and Stardust Grey.

The rear panel of the smartphones have a camera island with gigantic sensors and an LED flash. The Pro model also has an orange ring surrounding the main sensor, which protrudes ever so slightly to offer portrait shots at 2.5x. This makes it the “world’s first” smartphone with a retractable camera module. The module takes a second or two to retract, and per the company, it is dust-resistant and can survive minor falls. That said, the phone isn’t IP-rated and there is no word on the number of retractable cycles that the sensor can survive yet. The fingerprint scanner for security is placed under the tall punch-hole screens of the Tecno Phantom X2 and X2 Pro.

Speaking of which, the Tecno Phantom X2 series sports a 6.8-inch AMOLED display that bears FHD+ resolution (1,080 x 2,400p), 120Hz refresh rate, and 360Hz touch sampling rate. It also supports P3 Wide Colour Gamut, 8+2Bit display, CNC middle frame, Military Grade Anti-Glare Glass, and TUV SUD 36-month Display Fluency. The handsets also sport Corning Gorilla Victus protection to prevent damage from accidental drops. I couldn’t test the phones’ AMOLED panel outside under sunlight, but inside the room, the panel looked good. It was also quite responsive and offered decent viewing angles. Furthermore, the display can stay locked in at 120Hz / 60Hz refresh rate or adjust according to the content played on the screen to save some battery.

At the core of the handsets lies the flagship MediaTek Dimensity 9000 SoC, which has a 4nm manufacturing process and is 5G capable. The SoC is rated to provide exceptional power efficiency and an incredibly smooth user experience. While the Dimensity 9000 is a capable chipset, I would love to put it through the paces on Tecno Phantom X2 and C2 Pro and see how well it performs on day-to-day usage and gaming. The smartphones also pack a vapour chamber cooling system to keep their thermals in check under intense loads. As for the configuration, the Tecno Phantom X2 packs 8GB RAM + 256GB USB 3.1 flash storage, whereas the Tecno Phantom X2 Pro is equipped with 12GB RAM + USB 3.1 flash 256GB storage. As stated above, the storage is non-expandable, but the RAM is expandable up to 5GB using a portion of the handsets’ storage.

The Tecno Phantom X2 sports a triple rear camera setup, which comprises a 64MP (RGBW) primary sensor aided by OIS, f/1.6 aperture, LED flash, 7th Gen IMAGIQ 790 ISP, and 5th Gen AI Processor APU 590. This is paired with a 13MP secondary lens and a 2MP sensor. On the other hand, the Tecno Phantom X2 Pro packs a 50MP primary sensor with a 7P lens to reduce the noise levels, 7th-Gen IMAGIQ 790 ISP, 5th Gen AI Processor APU 590, and a quad flashlight. The handset also sports a 13MP wide sensor and a 50MP portrait lens, which has a relatively large 1/2.7-inch sensor and 1.28um pixel size. The portrait lens on the X2 Pro also protrudes/ pops out on the back to offer an f/1.49 aperture, 65mm focal length and 18.9cm depth of field at 2.5x zoom. The protrusion makes light noise and takes a couple of seconds to retract. As for the quality, it was satisfactory in Tecno’s controlled lighting environment, but it would be interesting to see how the cameras would perform in the different lighting conditions.

For selfies and video calling, the handsets feature a 32MP snapper in the punch-hole setup. Software-wise, the Tecno Phantom X2 and X2 Pro run Android 12-based HiOS 12.0 skin out of the box. The OS is slightly dated, but the good thing is the company has partnered with Google for software updates, and the phones might get an Android 13 update via OTA update. The handsets are driven by a beefy 5,160mAh battery with a 45W fast charging solution. The fast charger is rated to juice up the device from 0-54 percent in 20 minutes and 100 percent in 60 minutes. In terms of connectivity, the Phantom X2 series offers 5G, 4G LTE, dual-band Wi-Fi, Bluetooth 5.3, and more.

The handsets are only available in Saudi Arabia at a starting price of roughly Rs 59,200. However, in an interview with 91mobiles, Tecno India head Arijeet Talapatra said the Tecno Phantom X2 series price in India will be much more affordable. Stay tuned to 91Mobiles for the full review of the Tecno Phantom X2 and X2 Pro.

Disclosure: this writer attended the launch event in Dubai on Tecno India’s invitation