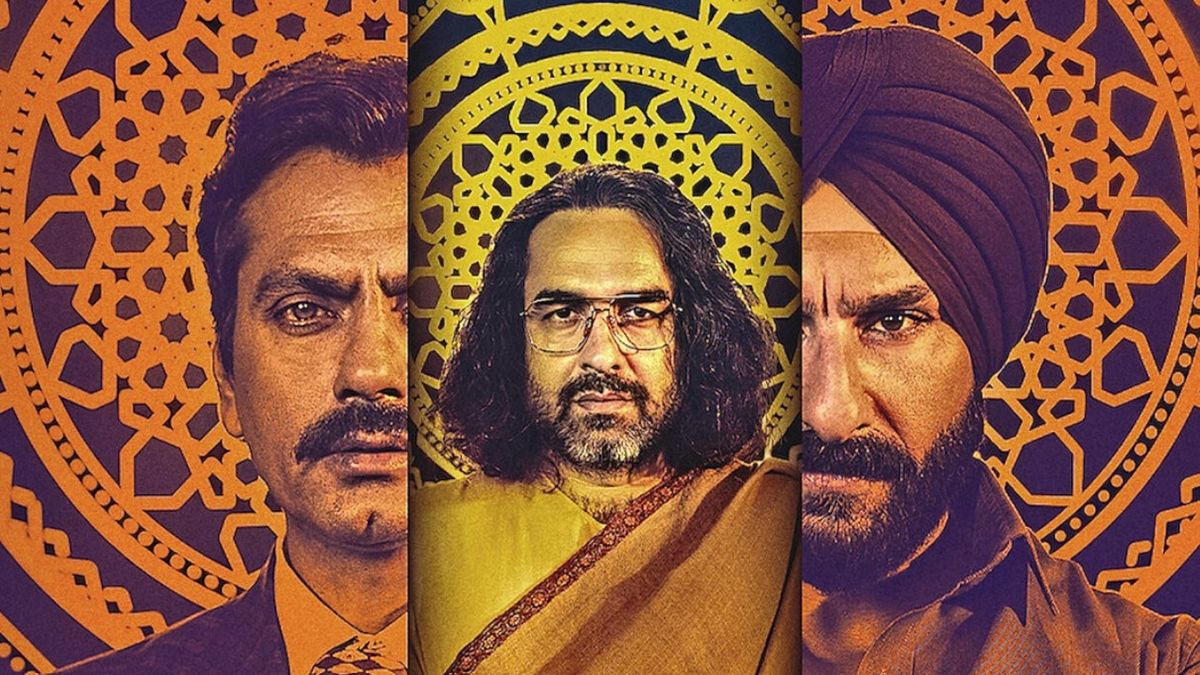 Since the release of Sacred Games back in 2018, we have seen a wave of thriller and mystery-based shows hit Indian OTT platforms. Created by Anurag Kashyap, with Nawazuddin Siddiqui and Saif Ali Khan in the lead roles, Sacred Games managed to grasp the audience’s attention with its unconventional plot and mind-boggling direction. That said, if you’re seeking more crime-based thriller shows similar to Sacred Games, here are 7 shows you can watch on Netflix, Amazon Prime, and more.

Let’s take a look at some of the best Sacred Games-like shows you can watch online.

Mirzapur is a suspense thriller that involves extreme chaos among mafia lords, cops, politicians, and lawyers. Desperate to take control of his father’s seat, Munna Tripathi sets up a feud with the Pandit brothers, Guddu and Bablu after creating a huge ruckus at a wedding. The story goes on to show the extreme measures the characters take to gain power with their deep aggression and greed. After two successful outings, the show has been renewed for the third season.

Where to stream Mirzapur

Mirzapur can be watched online on Amazon Prime Video

Paatal Lok is yet another cop-based thriller series that keeps the viewers on the edge of their seats. The story revolves around Hathiram Chowdhary, a Delhi Police cop who is assigned a high-stake case involving four suspects who attempted to murder a prime-time journalist. From there on, the story takes twists and turns after massive revelations and discoveries are made pertaining to the arrested suspects which also affects the personal and professional life of Hathiram.

Where to stream Paatal Lok

Set in the 1970s, Narcos explores the life of Pablo Escobar and how he indulges in illegal activities from manufacturing cocaine to supplying goods such as cigarettes and alcohol to Colombia. The story is conveyed through the perspective of Steve Murphy, a DEA agent sent to Colombia to capture and assassinate Escobar. Viewers get to watch various kinds of tactical moves Escobar plays out to stay out of sight of law enforcement until he finally crosses paths with them. The series includes a total of three seasons, with the first two focusing on Escobar and the third taking place after his fall and the rise of the Cali Cartel.

Where to stream Narcos

Narcos can be streamed on Netflix

The Family Man focuses on the story of Srikant Tiwari, a senior officer in the Threat Analysis and Surveillance Cell (TASC), and how he balances his life between investigating a potential terrorist attack and managing his family as a husband and a father. The show features three-time National Film Awards winner, Manoj Bajpayee in the lead role.

The Family Man can be binge-watched on Amazon Prime Video

Jamtara is a series that takes place in the Jamtara district of Jharkhand where two cousins, Sunny and Rocky along with their friends run a phishing scam out of their village. This ultimately catches the eye of the police as well as a corrupt politician who wants a proportion of their illegal business.

Jamtara–  Sabka Number Ayega is available to stream on Netflix.

Peaky Blinders is a period crime drama that stars Cillian Murphy as Thomas Shelby, who heads the Shelby family. Thomas and his brothers are part of the Peaky Blinders gang with a plan to build a business empire in Birmingham no matter what comes their way. The thriller action sequences along with harsh violence make up for an intriguing story.

Peaky Blinders can be streamed online on Netflix

7. Vadhandhi – The Fable of Velonie

Vadhandhi is a newly released cop-based mystery crime thriller show that shares various similarities with Sacred Games. The story focuses on the aftermath of a girl’s murder. With the case in the hands of a cop called Vivek, he embarks on his investigation only to find no hints or clues related to the murder whatsoever. A novelist and a news editor also join the plot to share their own perspectives related to the gruesome murder case.