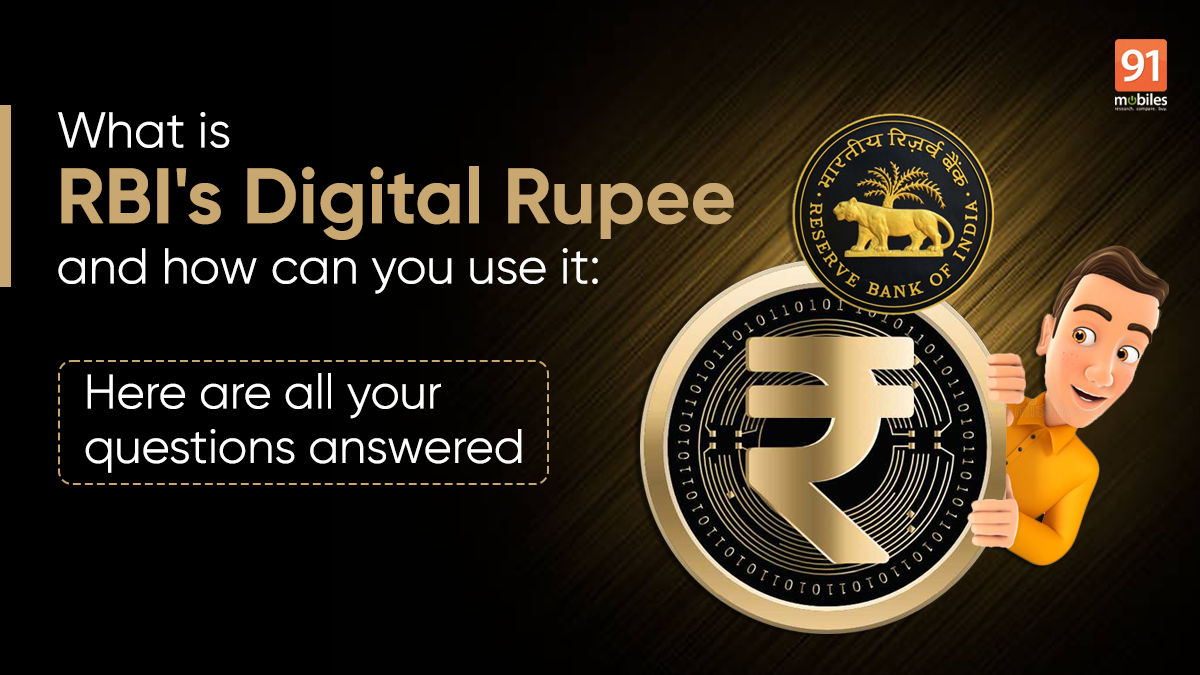 Here are a few other things you should know about the RBI’s digital rupee, which is intended to replace paper and metal money completely.

Retail digital rupee: What is it?

A retail digital rupee is an electronic form of currency designed to be used primarily for retail transactions. As per RBI, the retail digital rupee would be in the form of a digital token that represents legal tender. Because it is a direct liability of the central bank, it can give access to secure money for the purpose of payment and settlement.

Retail digital rupee: How can it be used?

It is possible to use retail digital money through digital wallets, mobile phones, or another compatible electronic device for making online transactions. It will have the same value as conventional currency. Transactions can be Person to Person (P2P) and Person to Merchant (P2M).

RBI noted that merchants could make payments using QR codes displayed at merchant locations. The retail digital rupee would offer features of physical cash like trust, safety, and settlement finality. As in the case of cash, it will not earn any interest and can be converted to other forms of money, like bank deposits. More details on this would be revealed shortly.

Retail digital rupees: Which banks and cities are piloting?

According to the RBI, a total of eight banking firms have been selected to participate in this pilot programme in a phased manner. The initial step would involve the participation of four banks in four locations nationwide. These institutions will be the State Bank of India (SBI), ICICI Bank, Yes Bank, and IDFC First Bank. In the next period, an additional four banks, namely the Bank of Baroda, Union Bank of India, HDFC Bank, and Kotak Mahindra Bank, will participate in this programme.

The pilot programme will focus on four cities — Mumbai, New Delhi, Bengaluru, and Bhubaneswar. Subsequently, it will expand to include Ahmedabad, Gangtok, Guwahati, Hyderabad, Indore, Kochi, Lucknow, Patna, and Shimla.

Retail digital rupees: What is the purpose of the pilot programme?

The pilot will investigate how robust the entire process of creating digital rupees, distributing them, and using them in retail will be in real-time. Based on the information gleaned from this pilot, future pilots will test various features and uses of the e-R token and architecture.