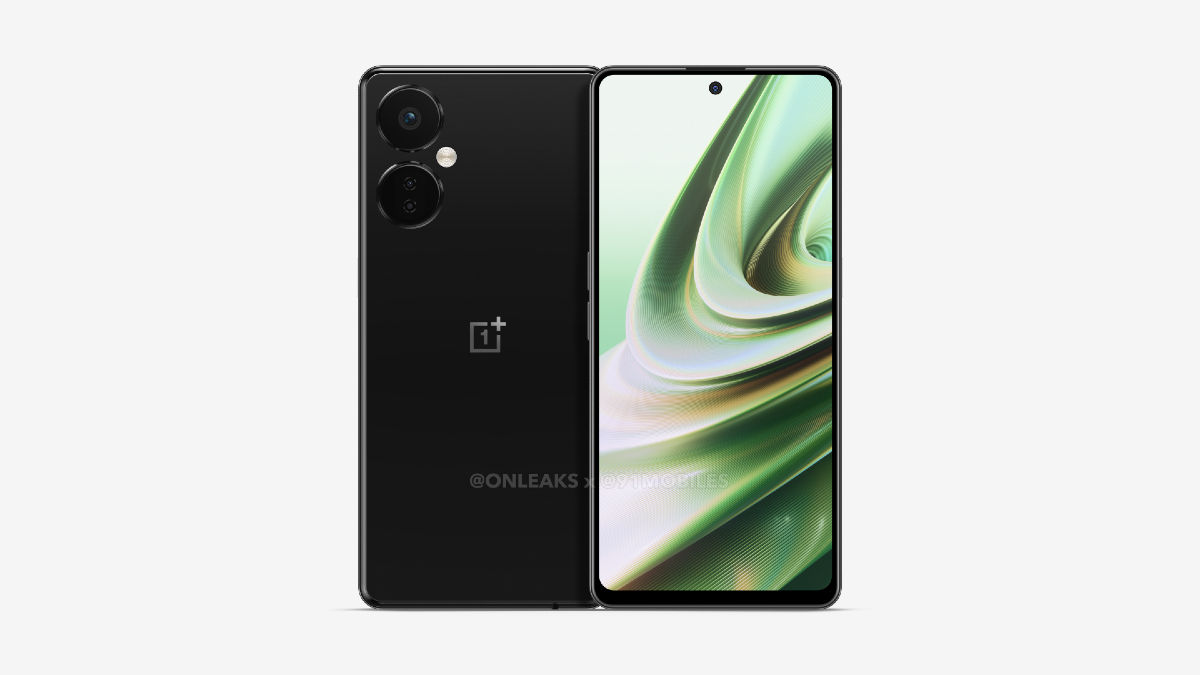 OnLeaks tells us that the OnePlus Nord CE 3 renders are based on a prototype unit but what you see will be as close to the final product. The handset can be seen in a glossy Black colour.

As you can see from the renders above, the OnePlus Nord CE 3 will feature a major design change: flat sides instead of curved ones. This would make the device look similar to the old OnePlus X (and yes, current iPhone models as well). Coming to the display, we see a centre punch-hole cutout for the selfie camera and slim bezels on the sides and the top, though there is a rather noticeable chin. The volume buttons are on the left side, while the power button that doubles up as a fingerprint sensor can be seen on the right.

The back of the phone houses two large camera modules, with the top one housing a single camera and the bottom one accommodating two lenses. There is an LED flash right next to the camera island and the OnePlus logo in the middle. There is a microphone on top while the bottom edge has speaker grills, a USB Type-C port for charging, and a microphone.

OnePlus Nord CE 3’s specifications were leaked by OnLeaks a little while ago. The handset will come with a  6.7-inch IPS LCD display with support for up to 120Hz refresh rate. In comparison, the Nord CE 2 offered an AMOLED display. The upcoming Nord device is rumoured to be powered by the Qualcomm Snapdragon 695 processor paired with up to 12GB RAM and 256GB internal storage.

The OnePlus Nord CE 3 will run on Android 13 OS out of the box. As for the cameras, the handset will have triple cameras on the back, with a 108MP primary sensor and a couple of 2MP lenses. There is a 16MP selfie shooter. The phone will have a side-mounted fingerprint sensor for security instead of an in-screen unit.

There is no word on the OnePlus Nord CE 3 launch date yet, but we believe the phone might arrive in early 2023.