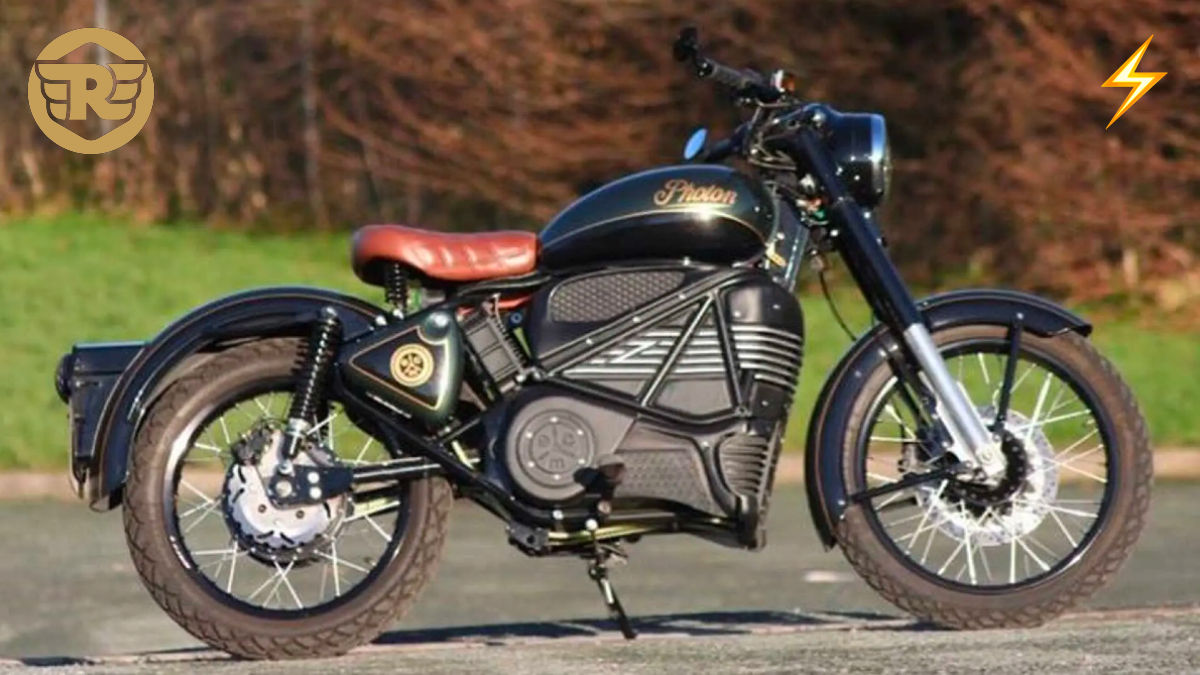 According to the latest reports published by Autocar India, Royal Enfield could be working on a new electric bike to enter the EV space across markets. Royal Enfield, seems to be ready to make a shift from its traditional ICE-powered motorcycles towards electrified powertrains as its new project codenamed ‘Electrik01’ comes into light. The new Electrik01 is likely to incorporate longstanding Royal Enfield design cues and will adopt a futuristic-retro design theme.

The Royal Enfield Electrik01 is going to adopt a unique design language and incorporate a girder fork set-up for handling front suspension duties. This could be done to walk back at a striking and vivid retro motorcycling heritage that the brand still embodies. The Electrik01 will also retain the traditional round headlamp cluster, albeit it could get upgraded LEDs inside much like the new Super Meteor 650. The Electrik01 could also host Royal Enfield’s signature teardrop fuel tank which could be repurposed to host the battery pack within.

The Royal Enfield Electrik01 will also move forwards in its fundamentals and the vehicle is expected to have high standards of manufacturing and much better fit and finish levels and build quality. The new Electrik01 could most definitely also wear alloys wrapped in tubeless tyres.

However, the actual production-spec Royal Enfield Electrik01 is still some time off the roads. The project is still in what the company calls a QFD (Quality Function Development) concept. At this stage, most components of the bike are subject to change given that Royal Enfield will take into consideration its customer’s requirements and desires and also factor in production constraints and economic feasibility. The product will then move into thorough testing, a phase that the company has put a lot of effort into in recent years.

Thus, it is too early to have an idea of the launch timeline and expected price bracket of the Royal Enfield Electrik01. From what we know, the Electrik01 would still be ‘Made like a Gun’.