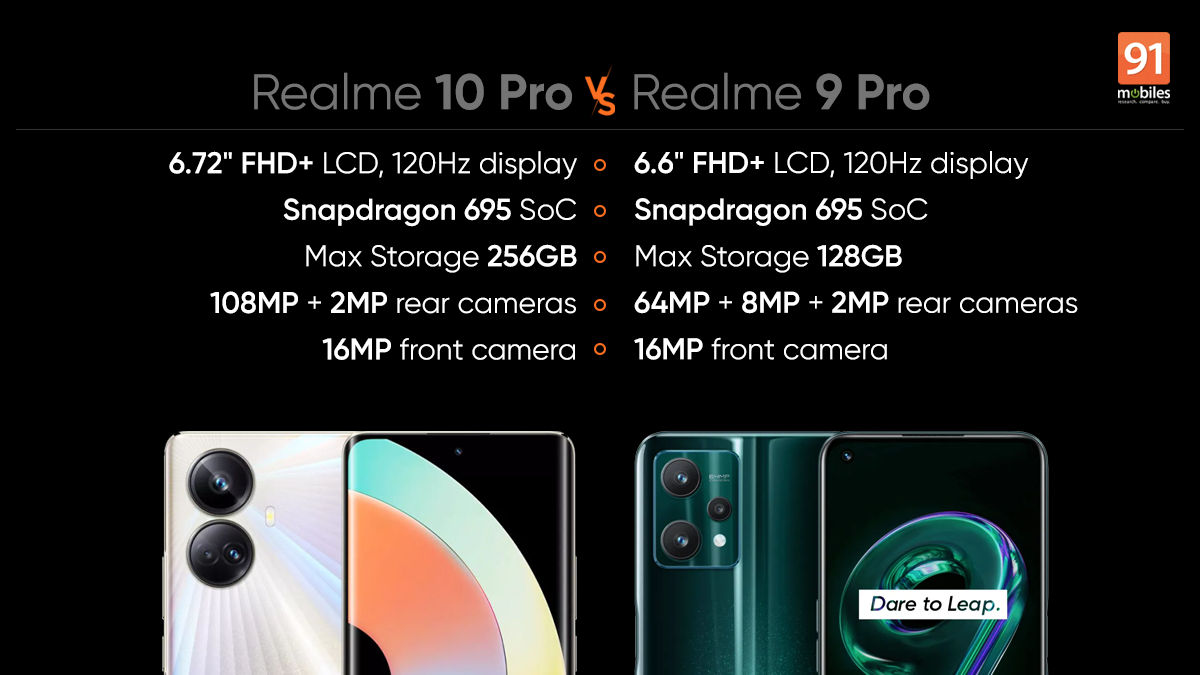 Realme just released its Realme 10 Pro series in China, and is expected to launch them in India early next month. For roughly the same price as the Realme 9 Pro, the new Realme 10 Pro offers a larger 120Hz LCD panel, an updated design, a Qualcomm Snapdragon 695 SoC, a 108MP dual camera array, and more. As a result, you may be unsure of the specific changes. In this piece, we will address that query and explore how the new Realme 10 Pro contrasts with the outgoing Realme 9 Pro.  In this comparison, we’ll look at how the two phones differ from one another in terms of price, design, and specifications.

The Realme 10 Pro feels light years ahead of the previous generation in terms of design. The Realme 10 Pro has a dual camera module starting at the back, with each lens placed separately in the top corner and the Realme logo at the bottom. Moving to the button placement, the power button, which also functions as a fingerprint sensor, and the volume rockers are still located on the right side. The speaker unit, SIM tray, USB Type C connector, and microphone are located on the bottom, leaving the left vacant. We’ll talk more about how the phone’s front has evolved in the Display section. 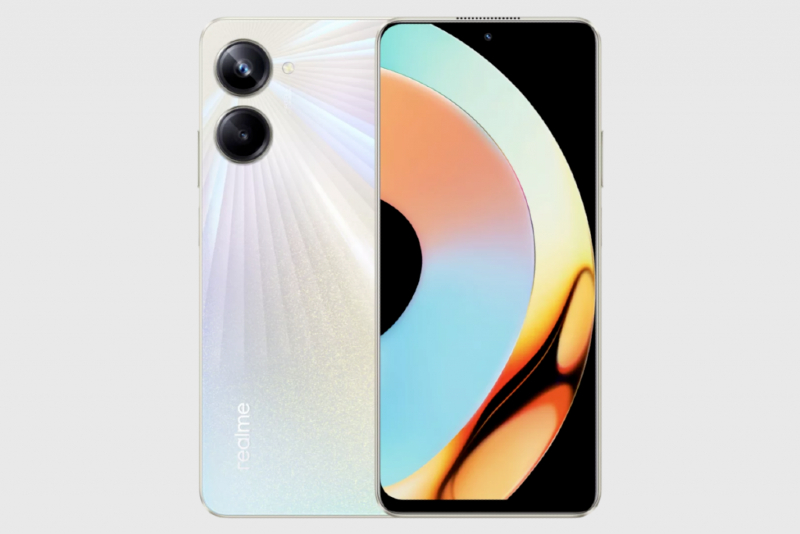 The Realme 9 Pro, in comparison, has that shimmer finish on the rear and a more understated appearance. Three sensors and an LED flash are included in the phone’s rectangular rear camera module. As for the button placement, the power button is located on the right side of the phone, while the volume buttons are located on the left. The speaker and the USB Type C port are placed on the bottom.

At least in terms of LCD panels, the display on the Realme 10 Pro appears to be leagues ahead of the competition. The device has a 6.72-inch FHD+ IPS LCD screen with a refresh rate of 120Hz, a screen-to-body ratio of 93.76 percent, DC dimming, and TUV Rheinland low blue light certification. The front-facing sensor is now housed in a punch hole in the centre of the panel.

There are hardly any bezels on the top and sides of the phone, and it appears like the surface has been pushed to the ends. There is a slight chin.

The Realme 9 Pro, on the other hand, features a 6.6-inch LCD panel with FHD+ resolution, a 120Hz refresh rate, and a 240Hz touch response rate. With a selfie camera cutout in the top left corner, it also receives TUV Rheinland low blue light certification. This phone’s bezel situation is out of control, with substantial bezels on the top, sides, and chin. 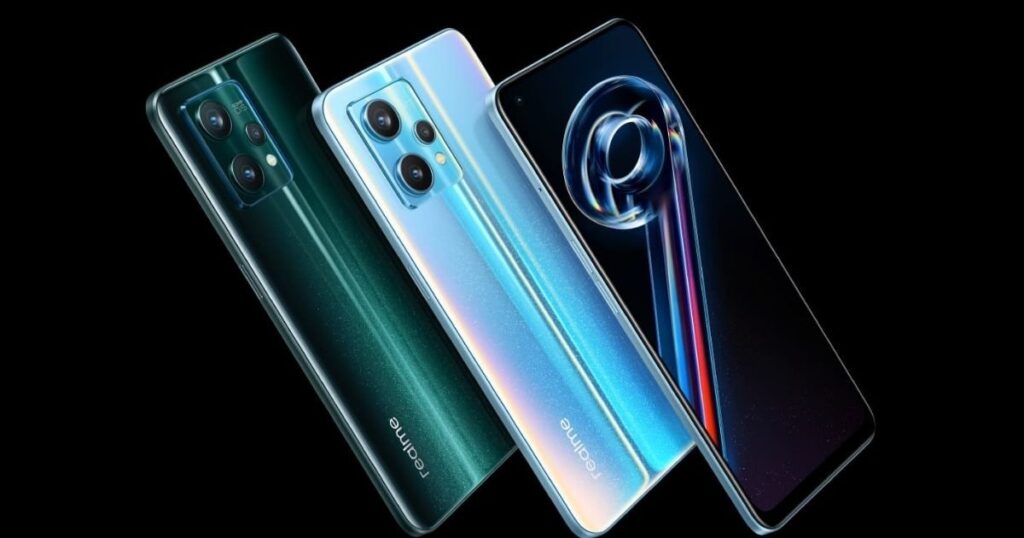 The Realme 10 Pro packs a dual camera setup on the rear, with the main Samsung HM6 108MP sensor along with a 2MP secondary sensor and a dual-LED flash. There is a 16MP snapper on the front for selfies and video chats.

The Realme 9 Pro, in comparison, features a triple back camera arrangement with a primary 64MP sensor. A 2MP macro camera and an 8MP ultra-wide sensor are also included in the rear camera module. The front of the device has a 16MP sensor for selfies and video calls.

The Realme 9 Pro and 10 Pro both have batteries with a 5,000mAh capacity, and both have charging speeds of 33W.