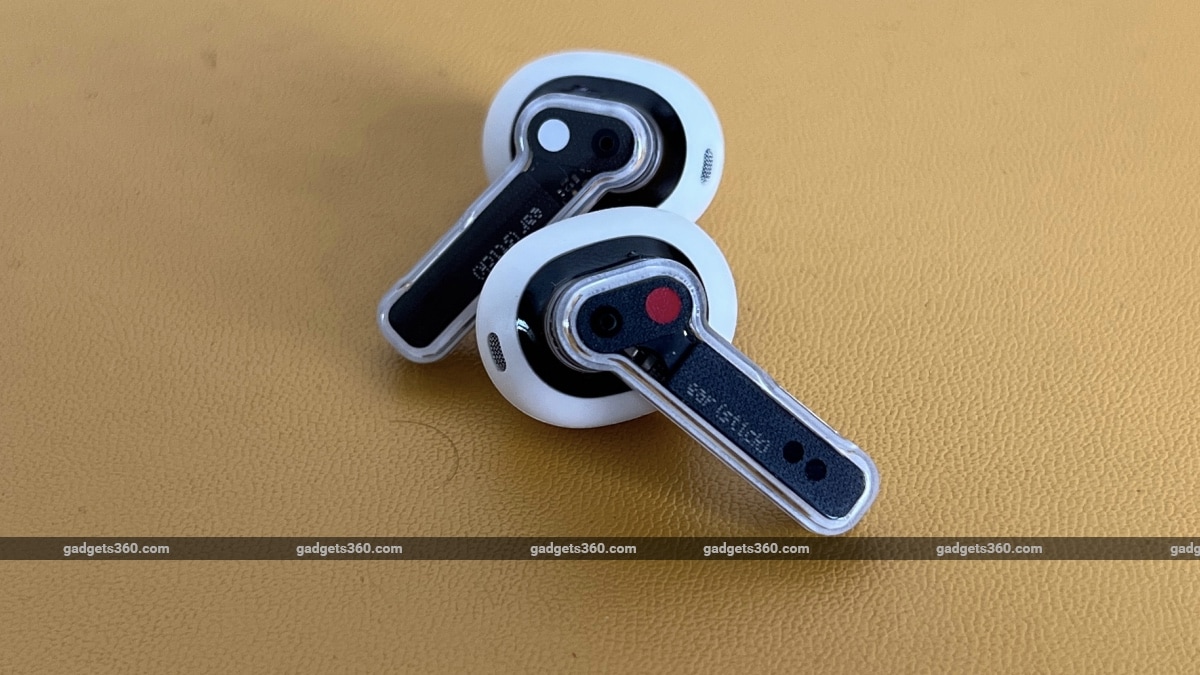 Nothing’s rather impressive hype and marketing push has made a lot of people sit up and take notice of the brand, and it feels even more monumental when you realise that the company has launched just three major products so far. After jumping into the smartphone business in a big way with the Nothing Phone 1, the brand founded by Carl Pei, has now launched its second pair of true wireless earphones. The Nothing Ear Stick is priced at Rs. 8,499 in India, and admittedly looks and feels quite impressive for a pair of earphones in this price segment.

That said, there is a lot more to a pair of true wireless earphones than design, and the Nothing Ear Stick does have some considerable drawbacks as a result of this seemingly single-minded focus of making the earphones look and feel unique. How do these earphones fare on the whole? Find out in this review.

Nothing Ear Stick design and features

Nothing introduced its transparency-based design language with the Nothing Ear 1 in 2021, and the Nothing Ear Stick largely carries the ideas forward. However, there are some visible changes in the design, notably in the fit of the earpieces and in the charging case. Some of these elements have also impacted the feature set on the Nothing Ear Stick.

The earpieces weigh just 4.4g each, and the fit is very comfortable; I could barely feel the earpieces in my ears. However, this also meant that there was very little passive noise isolation, and even the slightest repositioning of the earpieces would change the way the earphones sounded. The outer-ear fit isn’t as popular as it once was, but there are still plenty of takers for this type of design, particularly those who prefer the less-intrusive fit or need to be able to hear what is going on around them.

The control system also gets an overhaul; the touch controls have been replaced by the much more intuitive and error-free, force-touch system made popular by the original Apple AirPods Pro. Pressing down along the edges of the stalks controls playback, volume, and invoking the default voice assistant on your smartphone. Usefully, the controls are customisable through the app.

The Nothing Ear Stick supports the SBC and AAC Bluetooth codecs

Interestingly, it’s the charging case of the Ear Stick that highlights just how much attention Nothing has paid to the design. It’s quite unlike anything else I’ve seen in the true wireless space, thanks to its innovative cylindrical design, rolling lid, and of course, the fact that you can see right through it. The texture of the inside of the charging case is interesting as well.

The USB Type-C port for charging is at the top, alongside the pairing and status button. Below the button is a magnetic part which allows the rolling lid to click into place, either open or closed. Despite the obviously attractive design and pocketability, this charging case does have some notable drawbacks. Dust and dirt once trapped inside the rolling lid is hard to get out, and there is no wireless charging.

In terms of features, the Nothing Ear Stick is adequately equipped save for a couple of major missing bits. You do get support for Google Fast Pair and Microsoft Swift Pair, low-latency mode, in-ear detection, and IP54 dust and water resistance. There is no active noise cancellation, and as mentioned earlier, no wireless charging. The sales package includes a short USB Type-C to Type-C charging cable.

Nothing Ear Stick app and specifications

Previously called ‘Nothing Ear 1′, the app has been renamed to ‘Nothing X’ to make it a bit clearer for users of the Nothing Ear Stick (and indeed any products the brand might launch in the future). The app is available for iOS and Android, and is as impressively designed as the earphones themselves.

It often took unusually long to connect to the earphones despite the Bluetooth connection having been established, and even putting the smartphone in standby would require the app to re-establish the connection with the earphones.

The Nothing X app is available for iOS and Android

Once done, though, the app worked smoothly enough, with a graphical display of the battery levels commanding much of the screen. You can also adjust the equaliser settings through presets or a graphical custom tool, and customise certain controls for the force-touch buttons on the earpieces.

The Nothing Ear Stick has 12.6mm dynamic drivers, with Bluetooth 5.2 for connectivity, and support for the SBC and AAC Bluetooth codecs. While advanced Bluetooth codec support might have been a good addition given the lack of ANC, the existing codec support does ensure a uniform listening experience across both Android and iOS devices.

Design definitely plays a big role in the overall experience with true wireless earphones, and the Nothing Ear Stick does have some impressive qualities linked to its design. However, when it comes to performance, the headset feels a bit underwhelming on the whole. Some of it is down to the lack of active noise cancellation and passive noise isolation due to the design, but there was still a sense of dullness in the sound that I couldn’t shake off.

I used the Nothing Ear Stick with an Apple iPhone 13 (Review) for much of this review, primarily indoors but with occasional outdoor usage. The design meant that the sound tended to change a bit depending on how I wore the earpieces, but it usually didn’t take too long to find the right position.

Listening to Let’s Groove by Earth, Wind & Fire, the sound on the Nothing Ear Stick came across as oddly treble-heavy, with the upper-mids and highs feeling particularly sharp. The beat of this disco-era track sounded more like clicks than thumps, with the lows feeling considerably less pronounced. It was an admittedly awkward sound when listening to other fast-paced tracks as well, with the sharpness in the sound causing significant listener fatigue at even moderately high volumes.

The transparent design looks impressive, but the Nothing Ear Stick doesn’t come across as capably as it should for the price

While there was a fair amount of detail to be heard at higher volume levels, setting the volume at around the 50 percent level was a lot more comfortable, but this took away from the already dull and forgettably basic lows. The lack of passive noise isolation only further added to the conundrum, with the sound coming across as a bit dull on the whole.

Vocals do tend to benefit from the sonic signature and melodic, vocal-focused gentle tracks such as I Don’t Trust Myself by John Mayer sounded a bit more cohesive on the Nothing Ear Stick than on some of the other similarly priced true wireless headsets I’ve used in the past few months. Notably, slowing the pace down also meant that I didn’t feel as much listener fatigue.

The gentle rumble of the bass guitar and drums nicely complemented Mayer’s baritone voice, giving the song the right levels of attention in all the right places. That said, it’s a rather limited set of genres and tracks that fit this bill, so the Nothing Ear Stick may not be suited to many listeners. The sound did suit listening to dialogue, particularly in audiobooks.

The Nothing Ear Stick is loud enough to be heard at moderate volumes even in noisy environments thanks to its open design. Indoors, I could hear things such as the doorbell or phone ringer easily enough, while outdoors, it gave me a fair amount of situational awareness when walking on the street. Call quality was acceptable both indoors and outdoors for the large part, although there wasn’t much noise reduction to be heard.

Battery life on the Nothing Ear Stick is very good, but this is entirely expected given that there is no advanced Bluetooth codec support or ANC. The earpieces ran for just under 7 hours on a single charge, with the case adding three additional charges, for a total run time of around 28 hours per charge cycle. As mentioned, there is no wireless charging for the case, but there fast charging.

The Nothing Ear Stick has been the subject of much hype and attention leading up to its launch, but in practice, the new earphones aren’t quite as impressive. There probably isn’t a better looking pair of true wireless earphones at under Rs. 10,000 that you can buy right now, but the sound quality isn’t very good, and the price seems a bit high given the obvious lack of features such as active noise cancellation.

While the Nothing Ear Stick does sound decent with certain types of music, and come in fairly handy for voice-based content and calls, this doesn’t quite justify the Rs. 8,499 price tag. It might perhaps make sense to pick up the older Nothing Ear 1 instead, or spend a bit more and get the excellent Oppo Enco X2 which offers ANC, advanced codec support, and sounds a lot better.