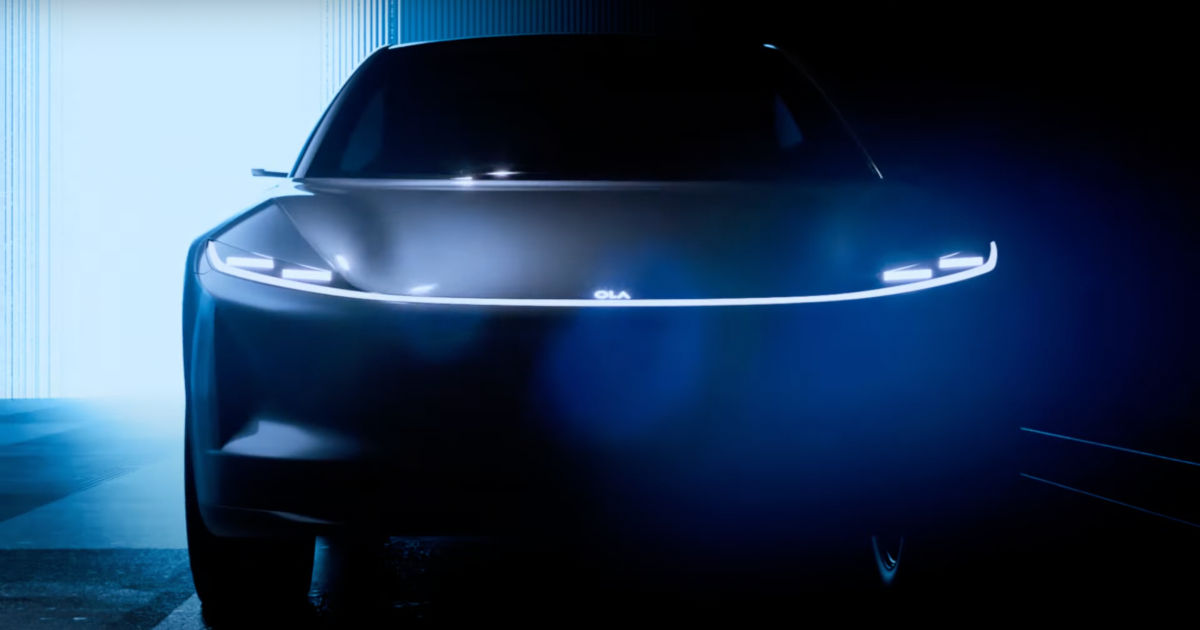 Ola Electric recently launched their most affordable e-scooter in India, the Ola S1 Air, which brings along some crucial changes to keep costs in check. It boasts of a 101km range, a 7-inch TFT touchscreen, reverse gear, and three ride modes. Read more about it here.

The new teaser shows us partially, what the interiors could look like. Interestingly, the company has decided to go with a rectangular steering wheel design. This is a drastic departure from the round steering that’s seen on most production cars. The Ola logo has been embossed on the centre and is flanked by backlit steering controls which also seem to be configurable and touch-sensitive.

Behind the steering wheel sits a digital console most likely responsible to display information to the driver. The centre gets a free-standing screen and will play host to other vehicle controls and infotainment. The screen is placed in conventional landscape orientation. Hard buttons are sparse in the cabin which indicates that most of the usual functions could be siphoned off to the screen.

Beyond the two digital consoles, lies an ambient lighting strip that wraps around the front of the cabin. The front AC vents could also be positioned somewhere around that area and could be disguised to look more in sync with the overall aesthetics of the cabin.

The outsides though covered largely in shadows, show the silhouette of the new EV. The new car resembles much of a crossover which is a stark departure from the teasers that were released earlier. The car that the company showed last depicted a bodystyle that’s closer to a sedan. In another instance, Ola has also teased multiple front and rear fascia designs. At this point, it is still unclear which bodystyle will finally make it to production. 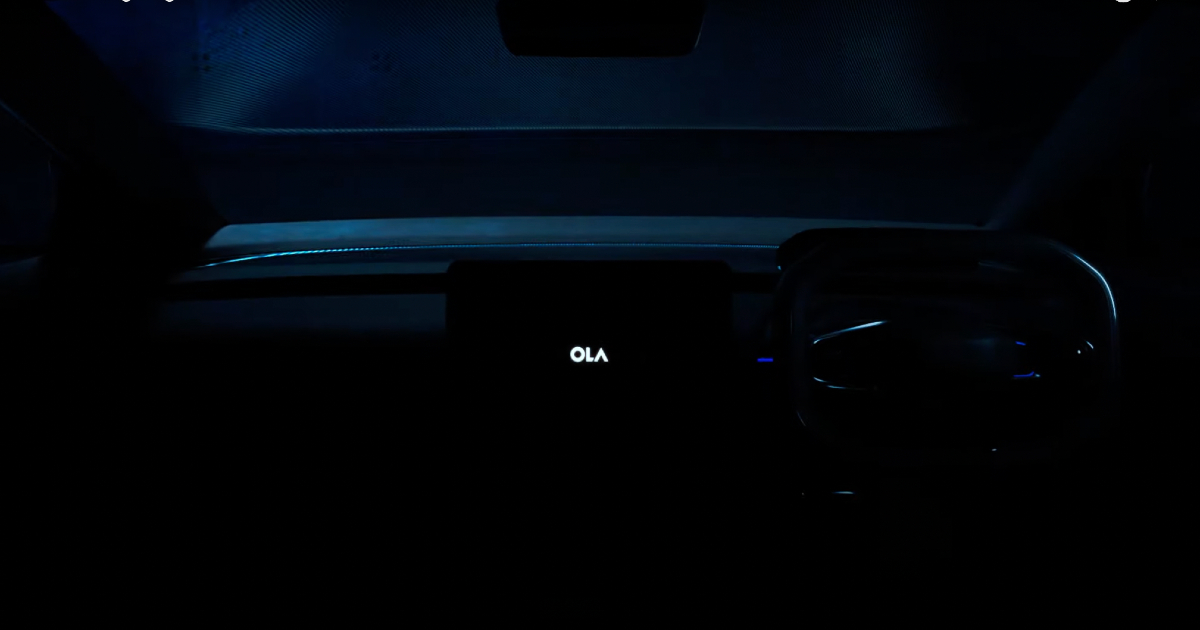 The technical details of the vehicle are unknown, and Ola could price it higher than the Rs 25 lakh mark. The EV segments below the Rs 25 lakh mark have the most takers. However, with Ola’s intention to make a car that could deliver a range of over 500km and 0 to 100kmph in just 5 seconds, the powertrain will get more expensive than usual.

Ola Electric claims that the Ola Electric Car is “on track” for its debut sometime in December 2024. A clear timeline for the product’s launch has not yet been provided by the Bengaluru based EV startup.