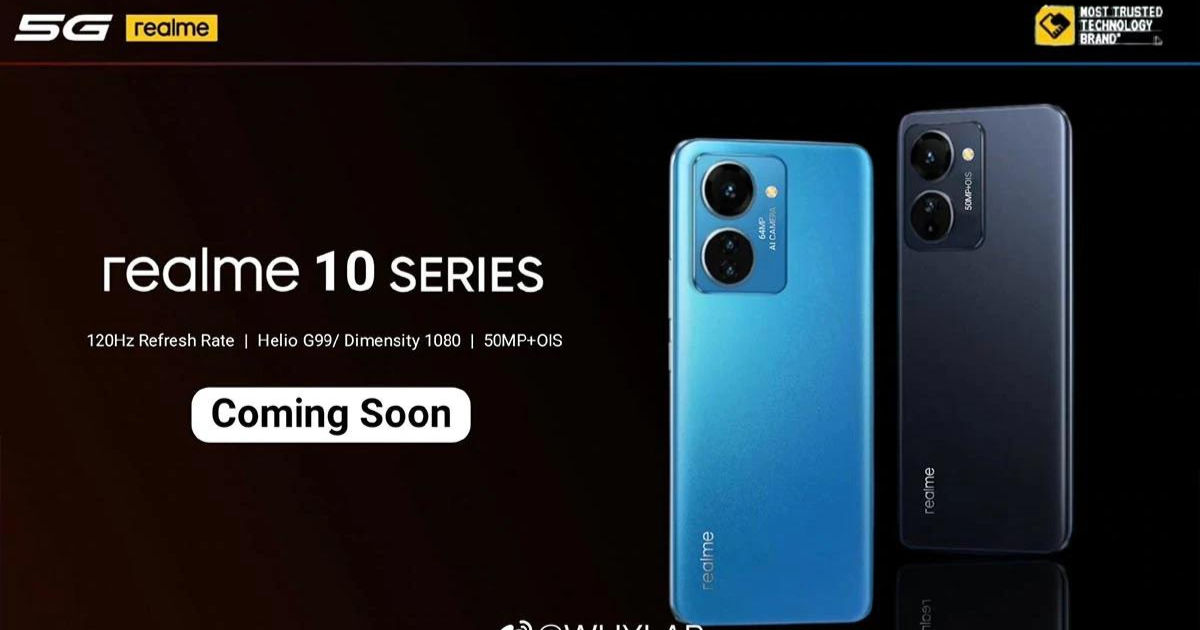 These leaks have given us a rough idea of what to expect from the Realme 10 series, but the latest leak confirms some crucial details of the handsets. This comes before the launch later this year that Realme CEO Madhav Sheth hinted at earlier this year. Here’s everything we learned from the new Realme 10 series leak.

From the leaked teaser, we can see the Realme 10 series phone in Blue and Black colour options, which could be called Nebula Blue and Darkmatter we heard earlier from a leak. It has a flat rear panel housing a rectangular camera island featuring triple sensors tucked in two camera cutouts. We can also see the Realme branding at the bottom-left corner of the handset’s back. The teaser might have evoked a sense of deja vu because the Realme 10 phones look similar to the iQOO Z6 and iQOO Z6 Pro.

Another teaser reveals the Realme 10 launch date in China. The series will launch at the 10th China Mobile Global Partner Conference on November 3rd.