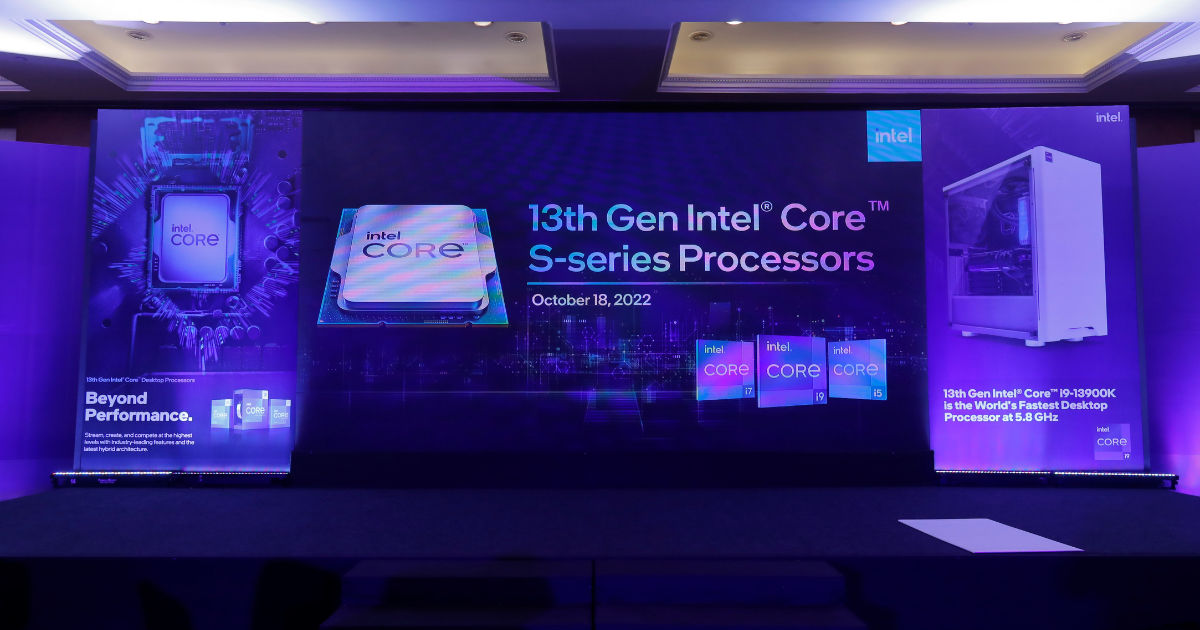 Intel also claims its new Core i9-13900K flagship processor is the world’s fastest desktop processor with 24 cores and 32 threads with a clock speed of up to 5.8 GHz. Intel says it can deliver 15 percent better single-thread performance than the previous-generation processor.

Besides this, Intel is also launching all-new 700 series chipset motherboards that support DDR5 RAM (DDR5-5600 and DDR5-5200) and comes with advanced functionalities for better reliability and increased performance. There will be 22 CPUs available from Intel, and they will work with motherboards with either the 600 or the recently unveiled 700 chipsets.

The Intel 700 series chipset motherboards have backward compatibility, increased USB 3.2 Gen 2×2 (20Gbps) ports, DMI Gen 4.0, and PCIe Gen 5.0 support, with as many as 16 lanes off the processor.