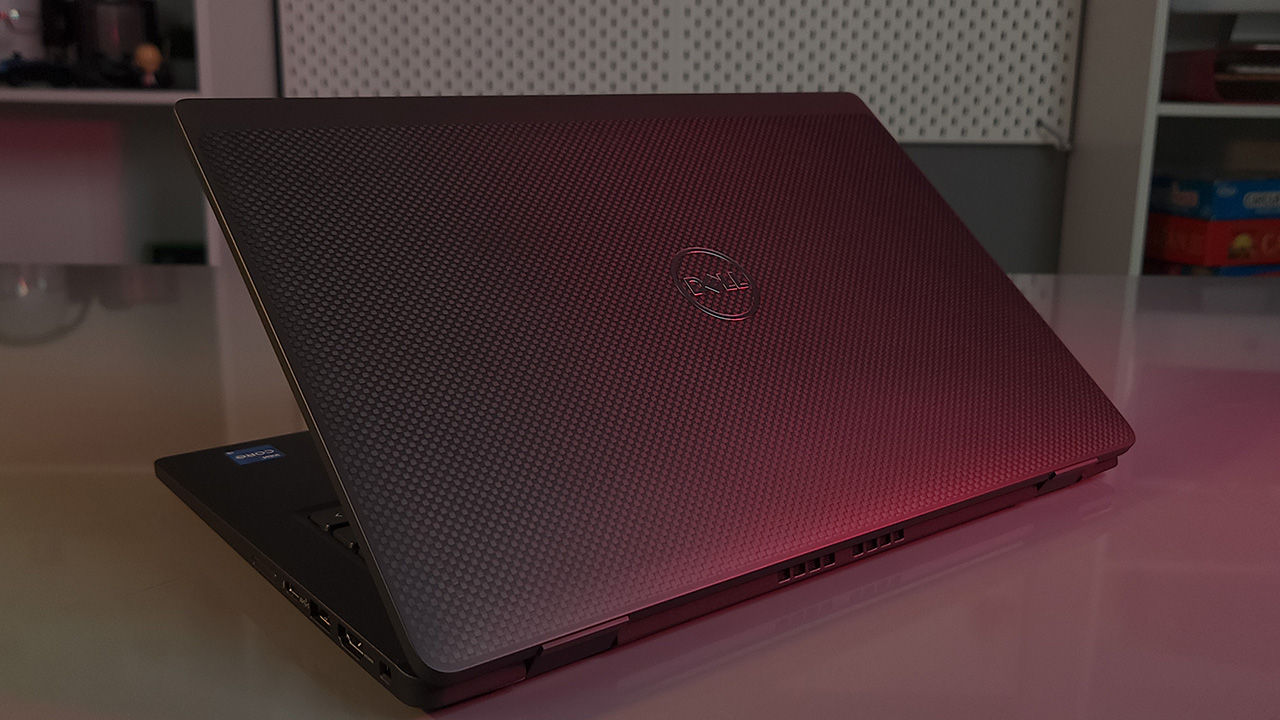 When considering a business laptop, there are a few factors that need to be taken into consideration. For starters, they generally tend to be light and compact, for those that are constantly on the move. A decent battery life is a given. Many business laptops now come with touchscreens as well, which makes it easier when doing presentations. They need to have decent specifications as well, with ample multi-tasking capabilities. Of course, even aesthetics can play an important role. With all that said, the laptop we’re reviewing is the Dell Latitude 7430, which has been specifically designed for C-suite executives.

Coming to the specs on the New Dell Latitude 7430, you’ve got a range of processor options, from the Intel Core i5-1235U to the Intel Core i7-1270P. The U and P here signify whether the processor is 15W or 28W, respectively. The unit we received came with the Intel Core i5-1235U processor, which is the weakest, and also the cheapest variant. You’ve got a 14-inch multi-touch display, with Intel Iris Xe Graphics G7. RAM is customisable up to 32GB starting at 8GB; the unit we received came with 16GB. For OS options, you’ve got Windows 11 Pro and Home, and Windows 10 Pro. There are also two options when it comes to build, one with an aluminium body, and one using carbon. The carbon body which we received is around 70 grams lighter than the aluminium body variant, bringing the total weight to around 1.33kg.

The Carbon Fibre model of the Dell Latitude 7430, which comes in black, is lighter than the aluminium model, but is also slightly thicker. The Carbon Fibre weave design on the lid looks very nice, however we personally like the brushed aluminium finish on the other option. It still looks great and would certainly catch eyeballs in a professional setting without looking too out of place. 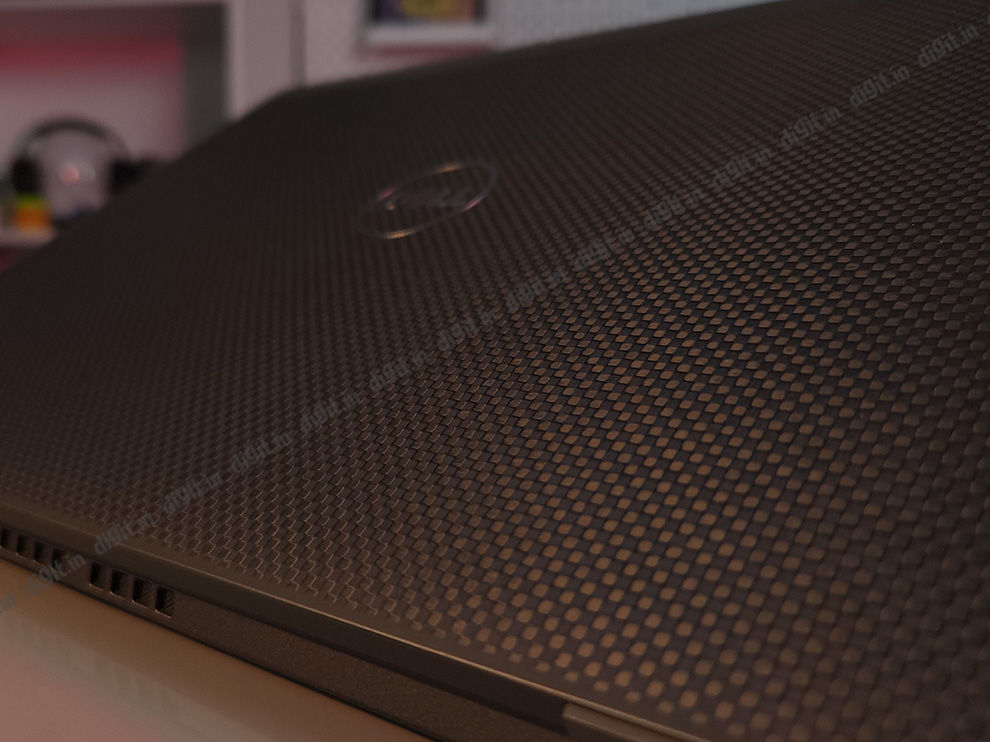 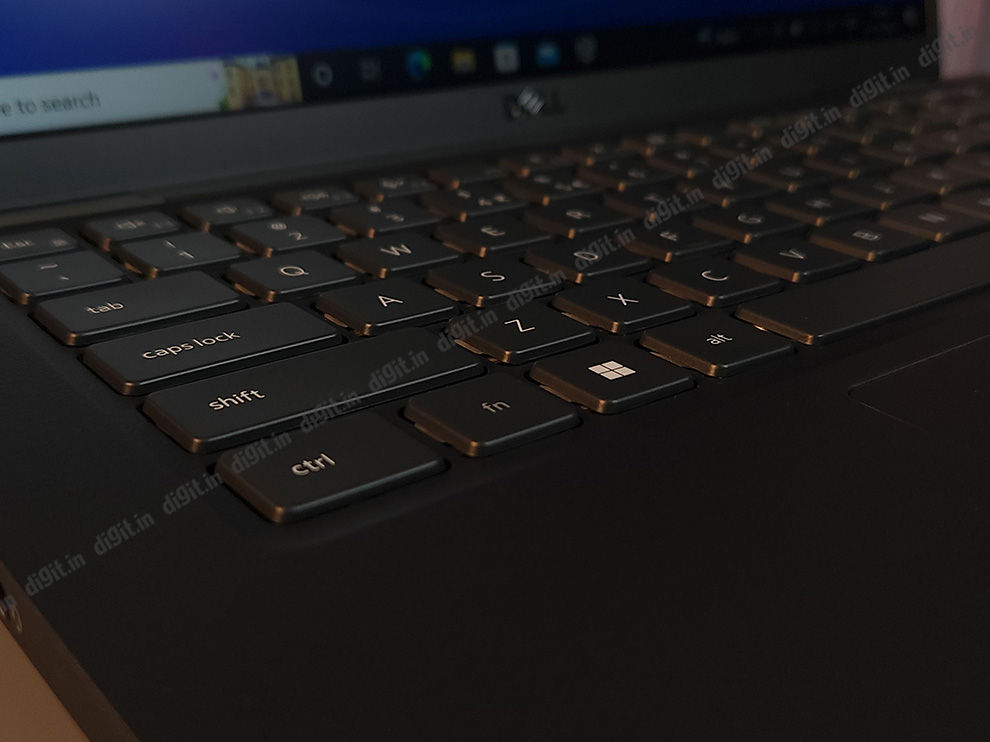 We saw little to no flex when opening the lid, or even from the base during our time using the laptop. We were also pleasantly surprised by the keyboard on the Dell Latitude 7430 which had decent travel and feedback. Naturally, there’s no numpad which is understandable considering this is a 14-inch laptop, but the spacing between the keys is also decent and the overall typing experience was decent. We certainly prefer this to the Lenovo Yoga 9i’s keyboard which we recently reviewed. 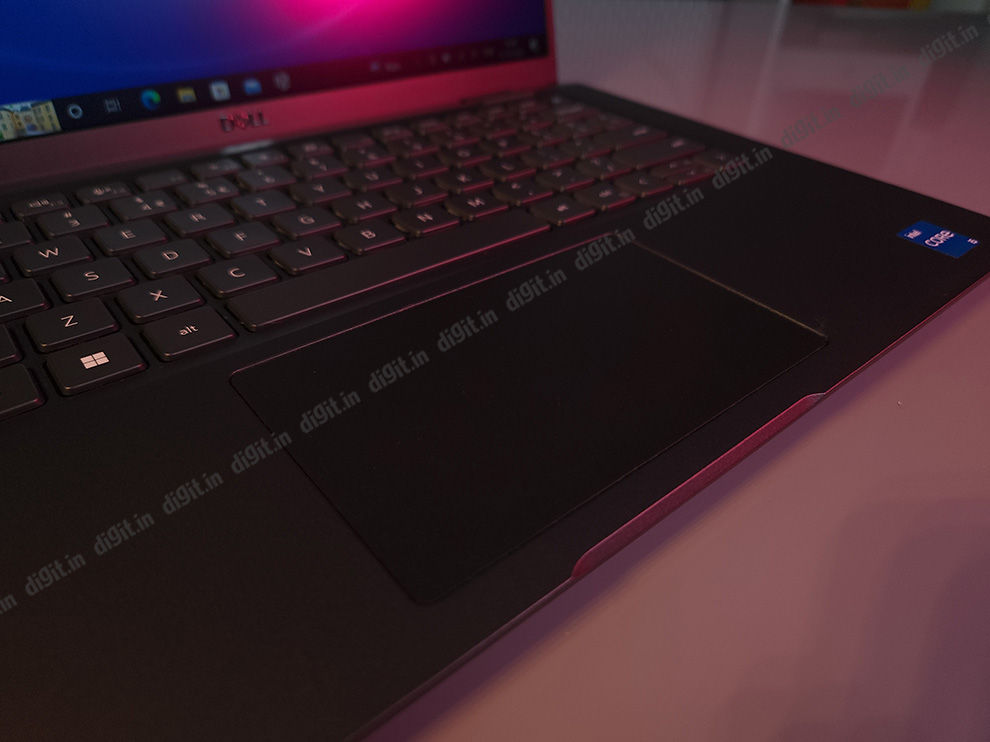 The laptop features a touchpad with a glass surface. Decent size, but maybe a bit on the larger side. 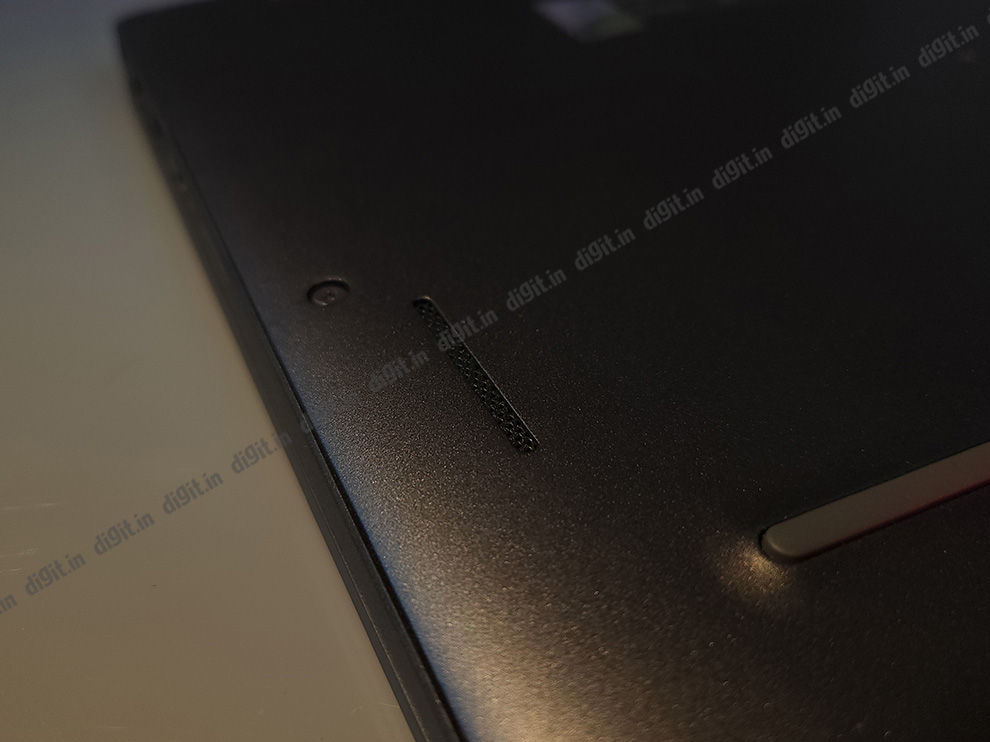 At the bottom you’ve got two cutouts for the speakers, and a single ventilation grill for the fan. This pulls air in and blows it out through the vent on the side of the machine. 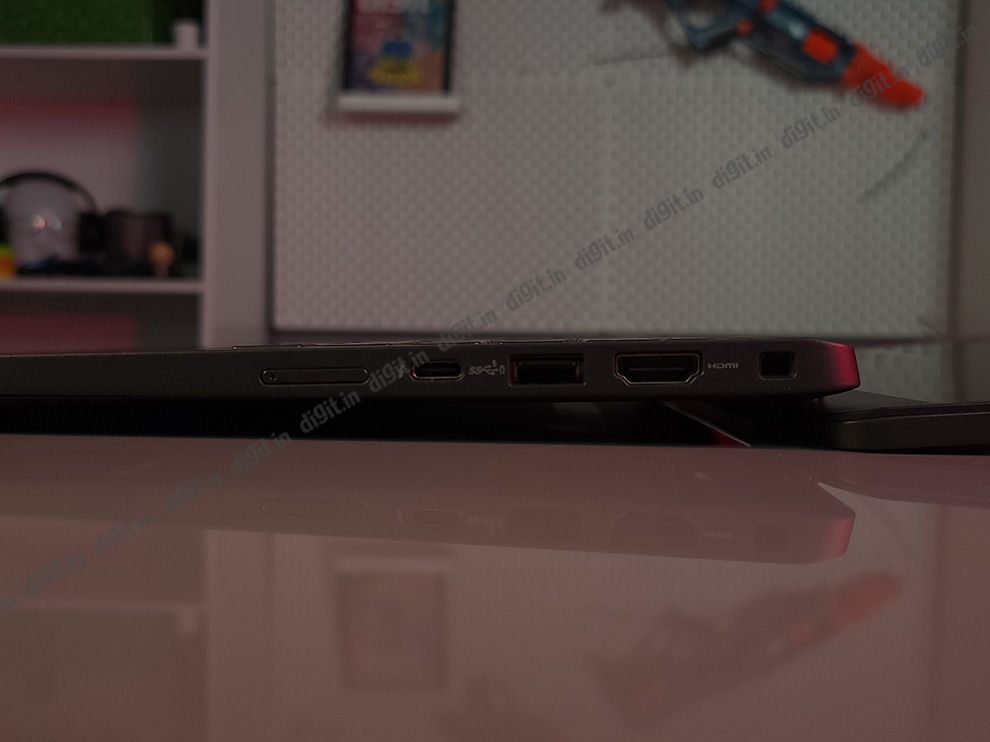 The model we received came with a uSIM card slot, two type-C Thunderbolt 4 ports with Power Delivery and DisplayPort, a USB 3.2 Gen 1 port with Power share, a universal audio jack, and an HDMI 2.0 port. As far as IO ports are concerned we have no complaints. 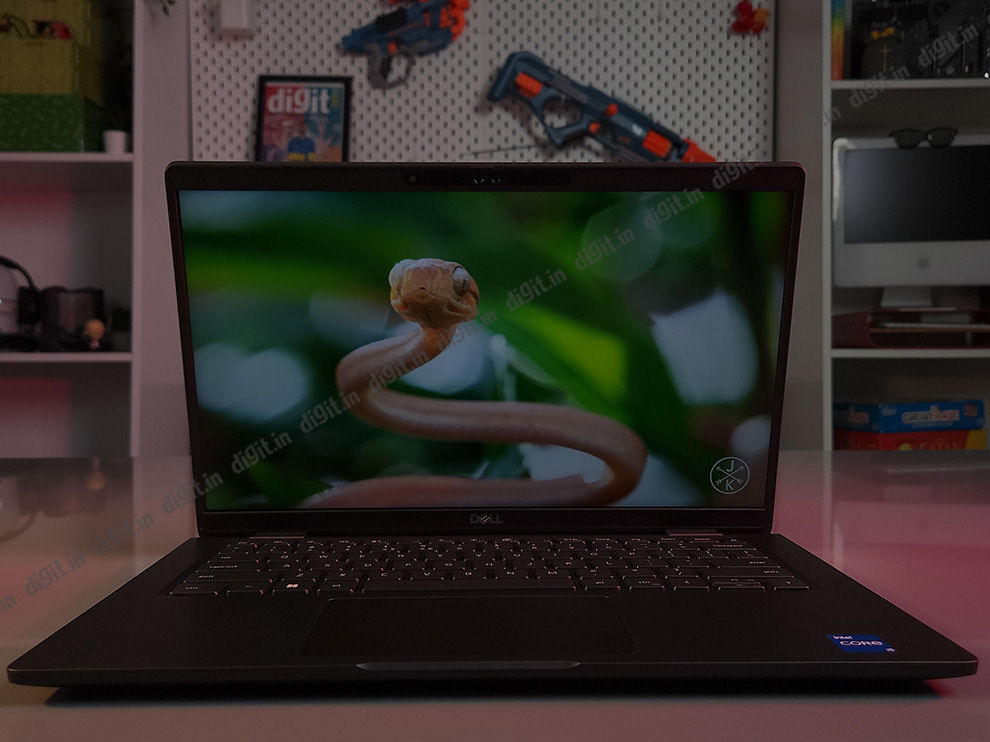 The Dell Latitude 7430 comes with a pretty decent 14-inch FHD IPS screen. It has good viewing angles, good sRGB coverage, but the DCI-P3 coverage indicates that you wouldn’t want to use this laptop for work that involves video or media editing. The laptop comes with an advertised brightness of 300 nits, and we got around 272nits during our testing which is pretty close, albeit on the lower side. The difference is fairly minimal though, and you should have no trouble consuming media on the Dell Latitude 7430. 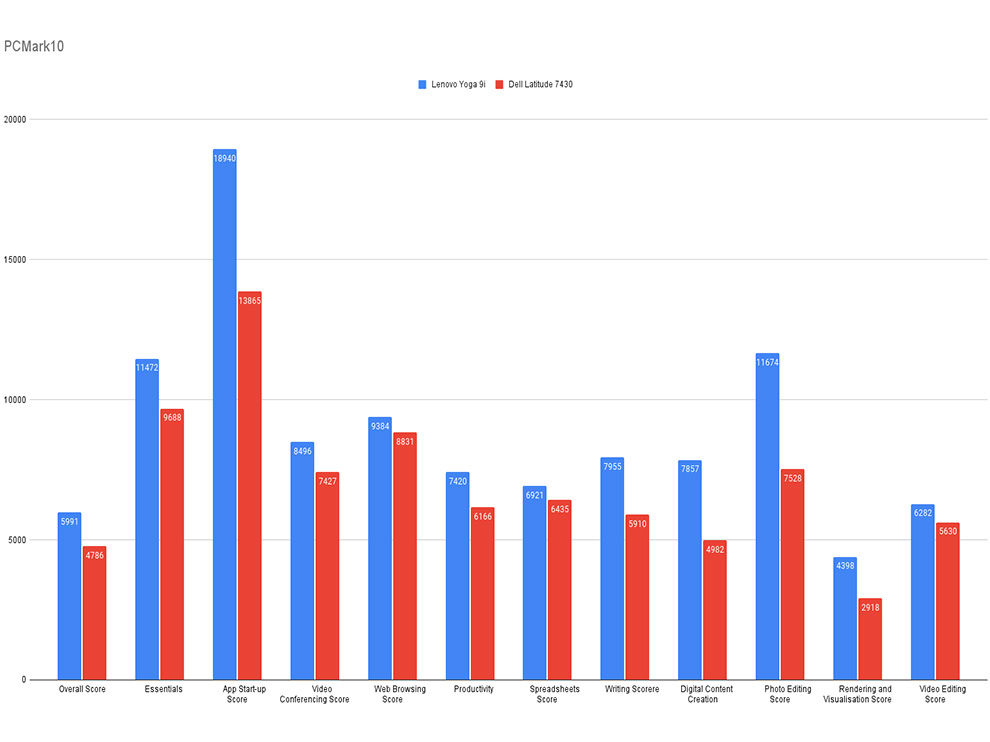 Starting things off with PCMark10, the results here make sense considering the Yoga 9i we received came with a top of the line Intel Core-i7 1280P. That being said, the Intel Core-i5 1235U on the Dell Latitude is no slouch, and doesn’t fall too far behind the Yoga 9i. 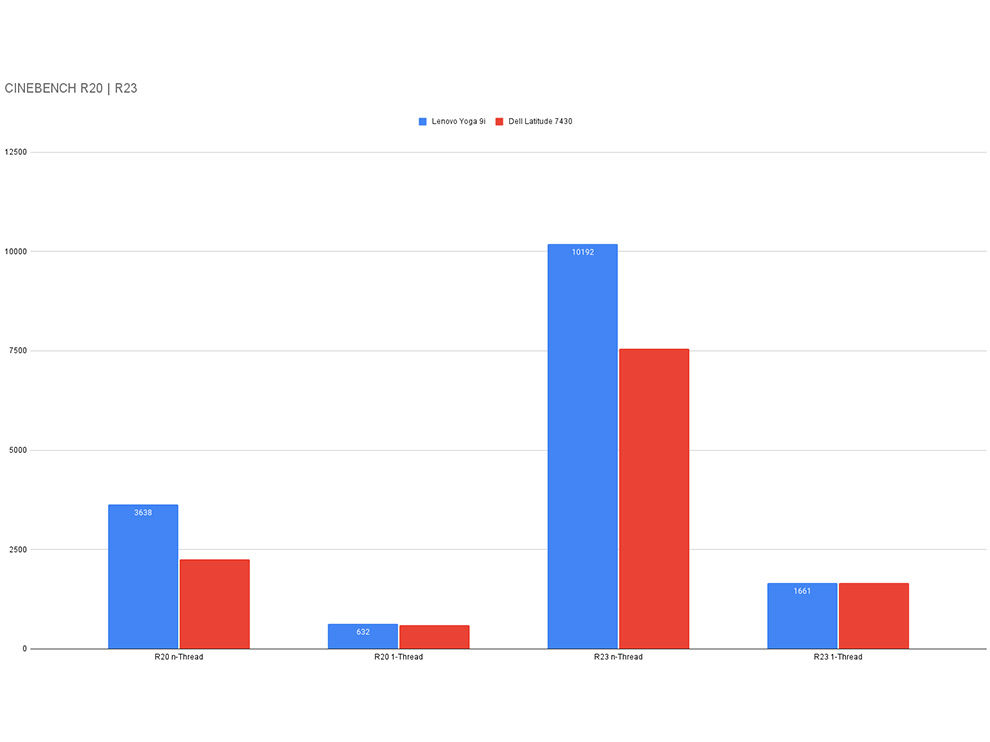 The same can be seen in the R23, and R20 scores as well. The single-core performance is almost the same on both laptops.

The higher number of cores and threads on the Yoga 9i helped it greatly with the Winrar benchmark, but again, the benchmark scores were almost the same in the 7zip benchmark. 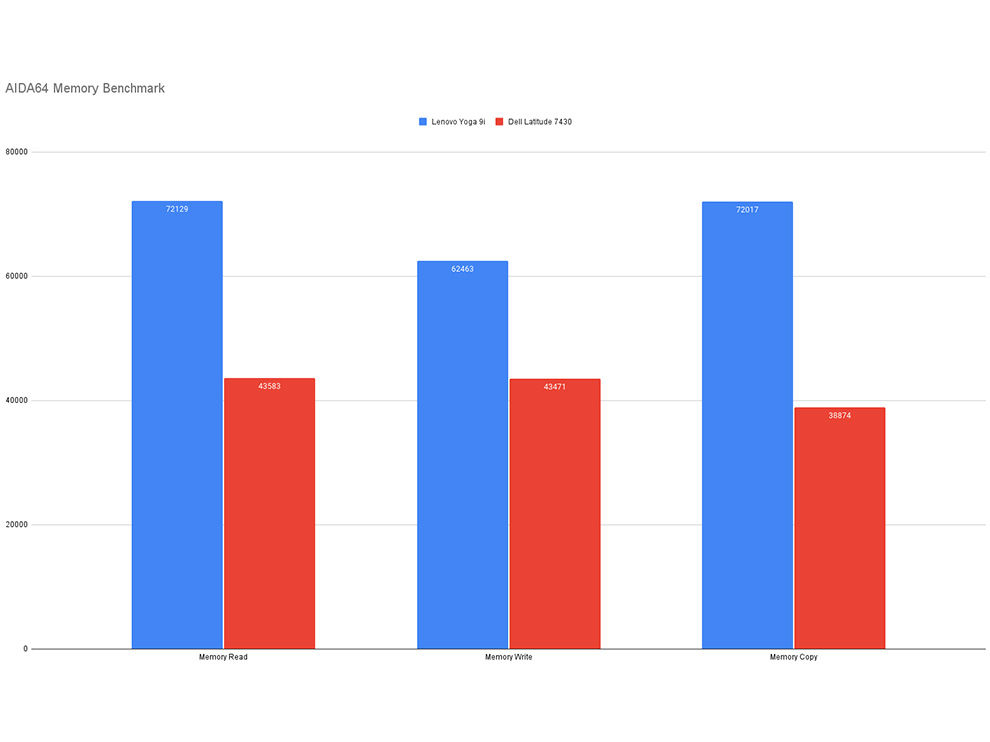 The Latitude 7430 comes with a 256GB NVMe m.2 SSD; we would have preferred to have more storage space, especially considering the premium you’re paying for one of these laptops. We tested read and write speeds using CrystalDisk and found them to be significantly slower than the Samsung SSD on the Yoga 9i. Once again, considering the price, the SSD speeds are pretty slow and we would have liked to see a faster SSD. 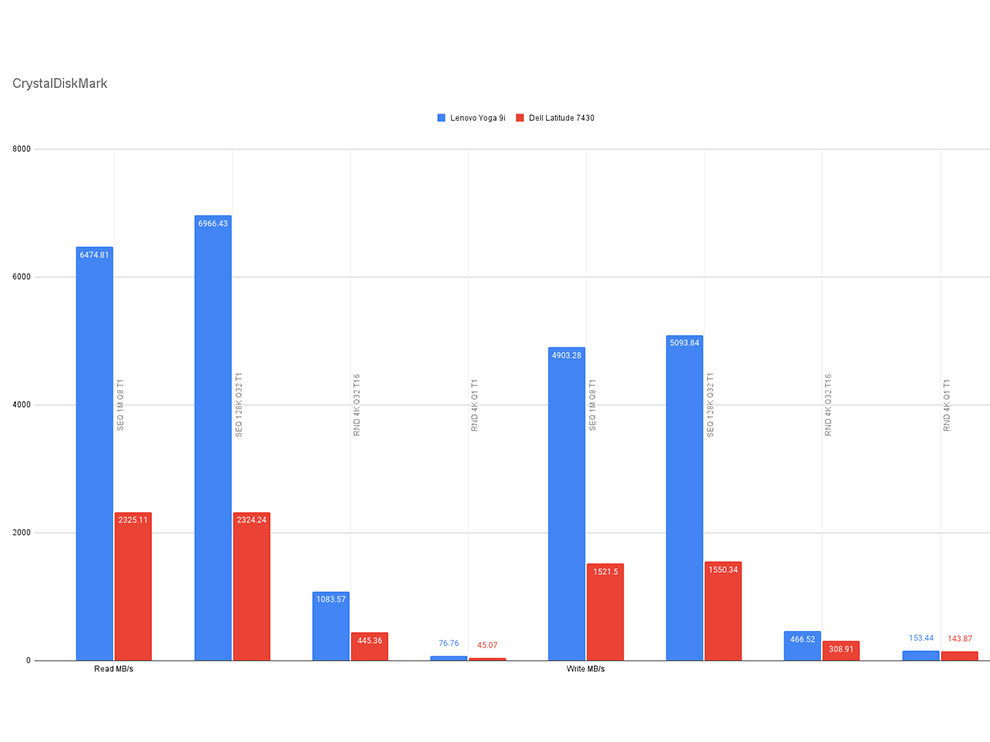 All of that considered, do keep in mind that the Yoga 9i is around INR 50K pricier, and comes with better specs across the board. 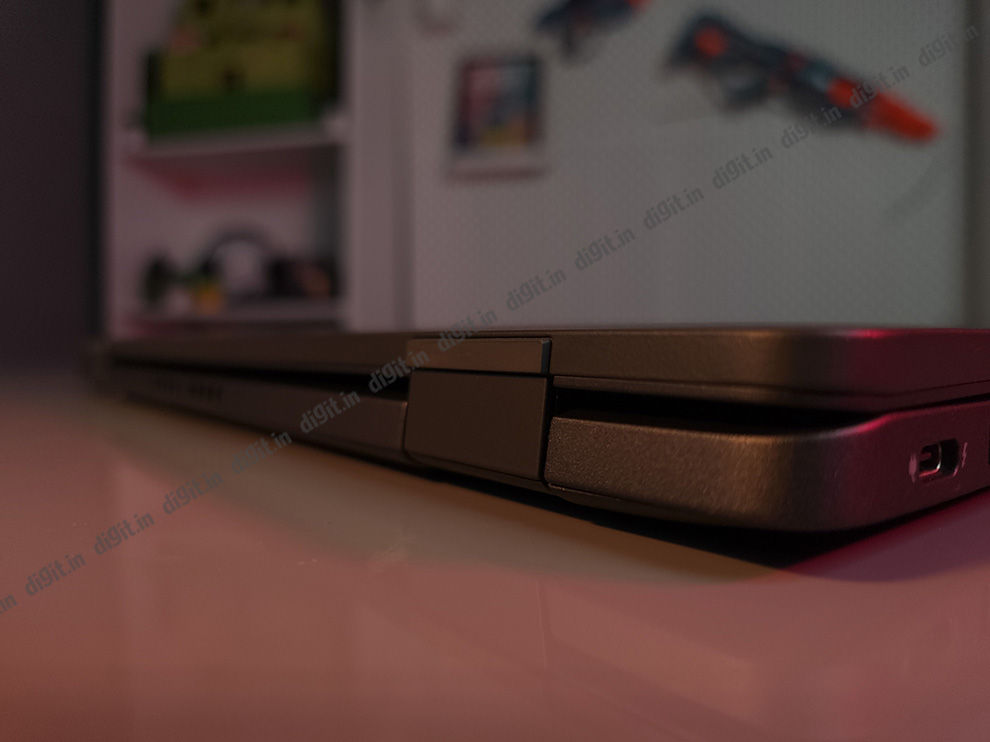 We tested battery life using the PCMark10 battery test, and general video playback. Depending on your use case, you can easily pull between 8-11 hours out of a full charge, which is pretty decent. It’s certainly on the higher side as far as business laptops are concerned.

The Latitude 7430 understandably does not come with a dedicated GPU, but the integrated Intel Iris Xe Graphics are enough for some light gaming. We ran 3DMark benchmarks for TimeSpy, Night Raid, Fire Strike and WildLife. You should be able to play older AAA games at low settings and emulate games with no trouble. 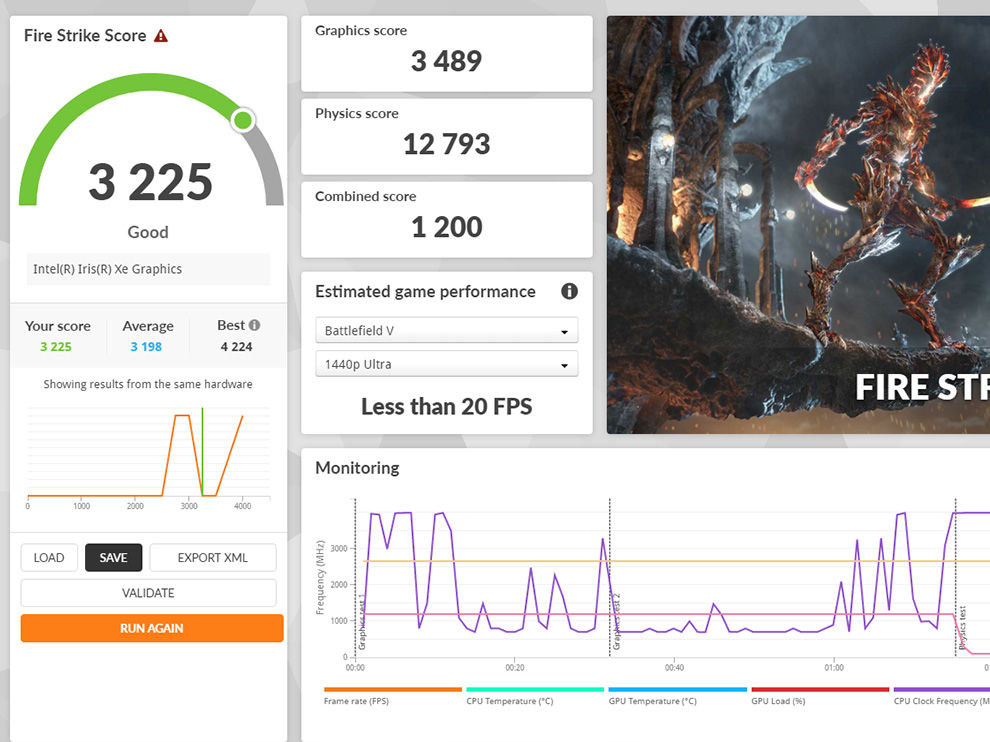 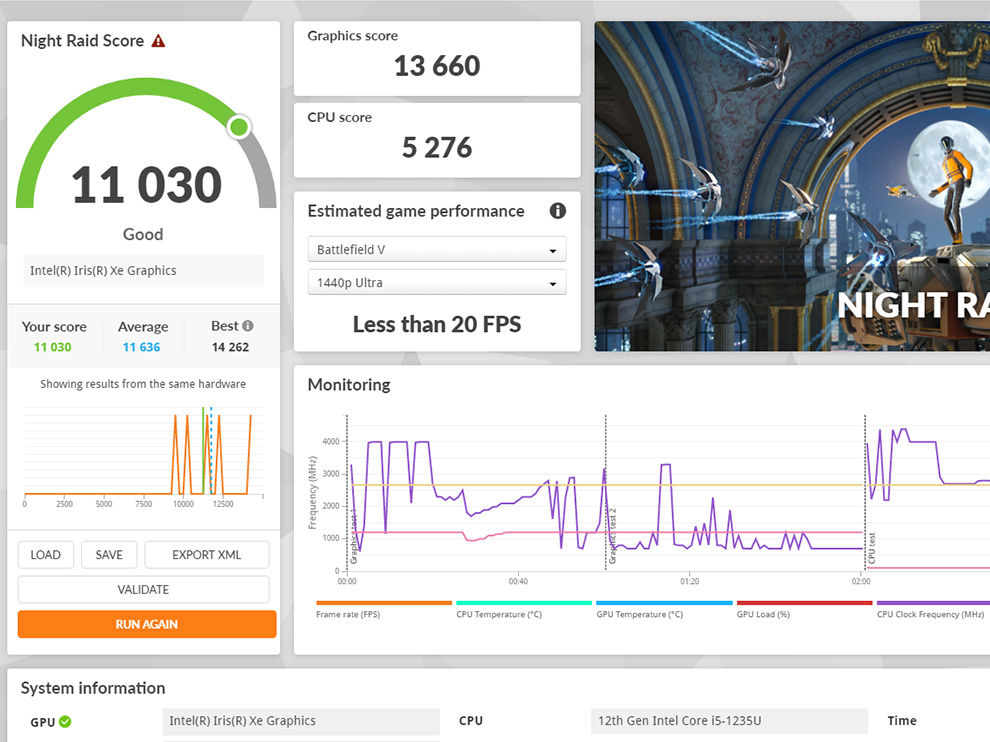 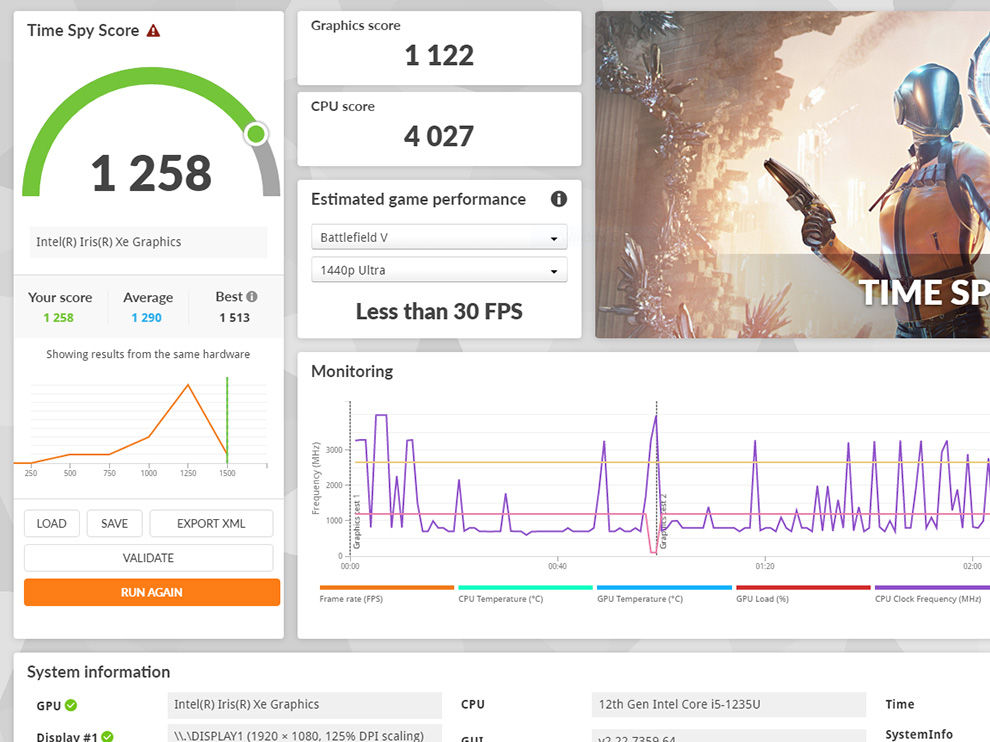 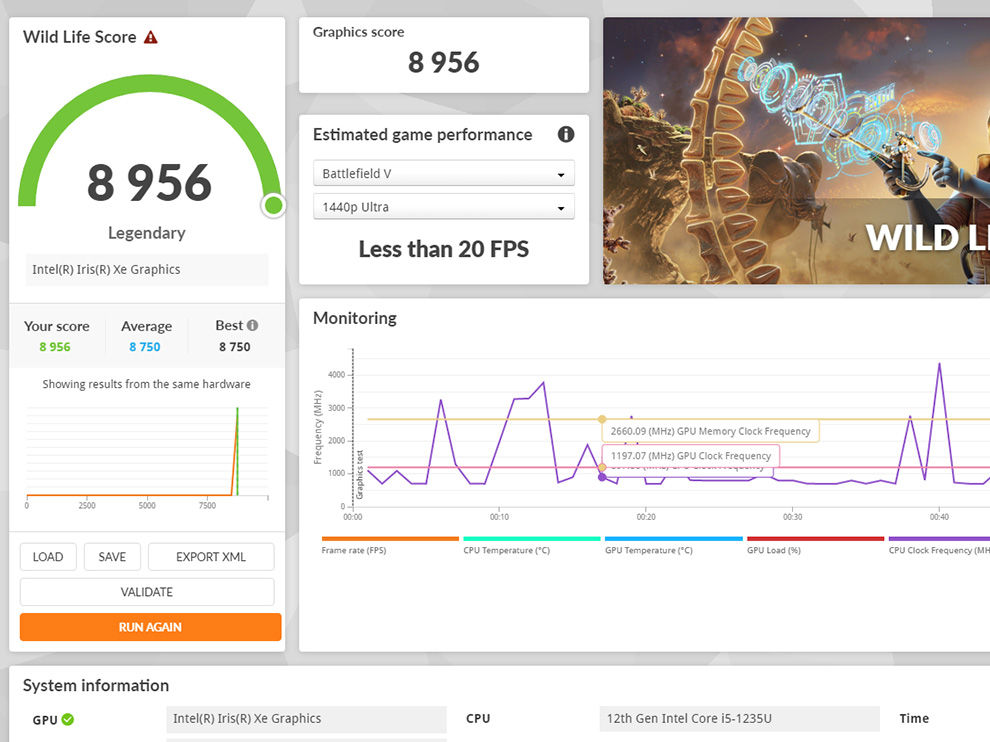 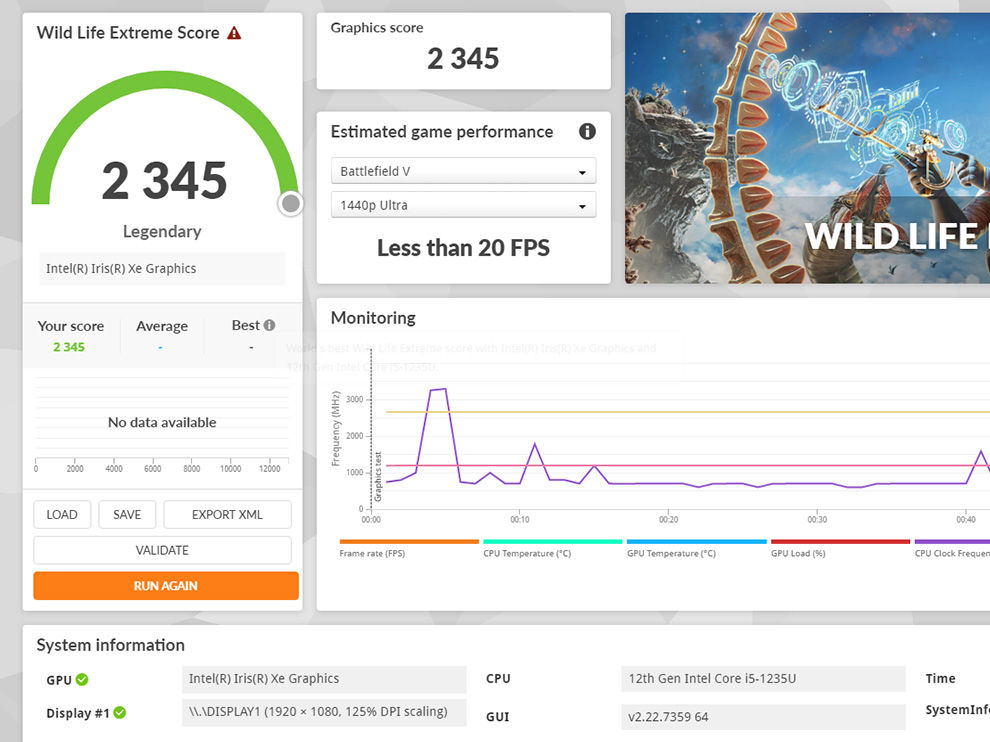 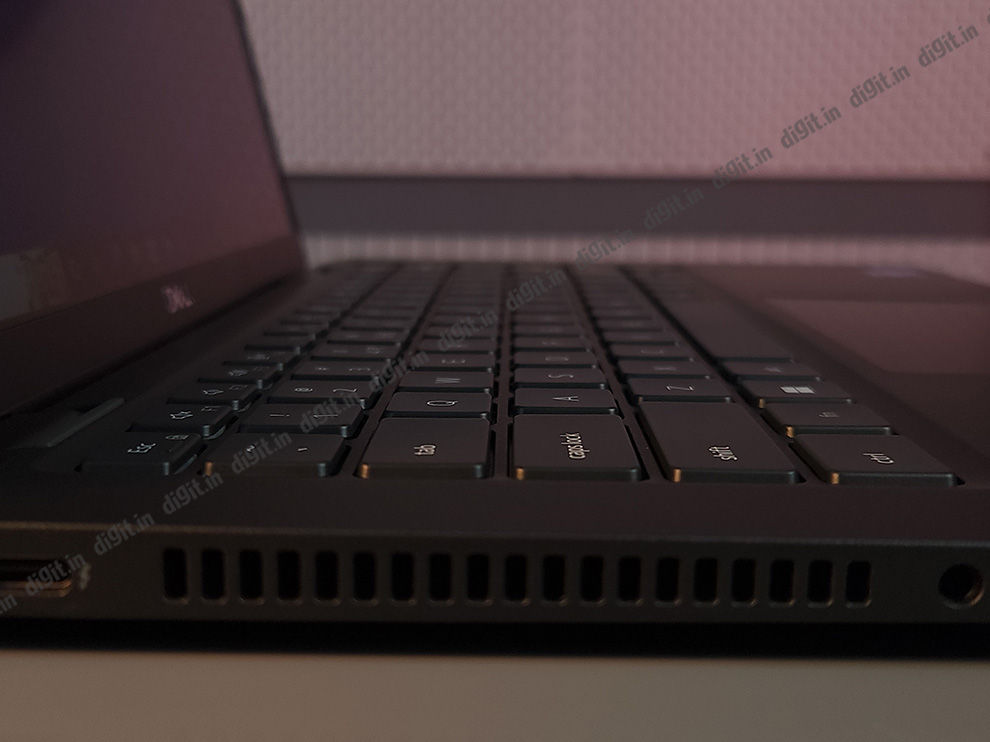 The laptop runs relatively quiet and cool for the most part. We didn’t see the laptop get too loud at any time, plus the temps stayed fairly low, hovering around the 40 degree Celsius mark under high stress. No complaints from us in this department. 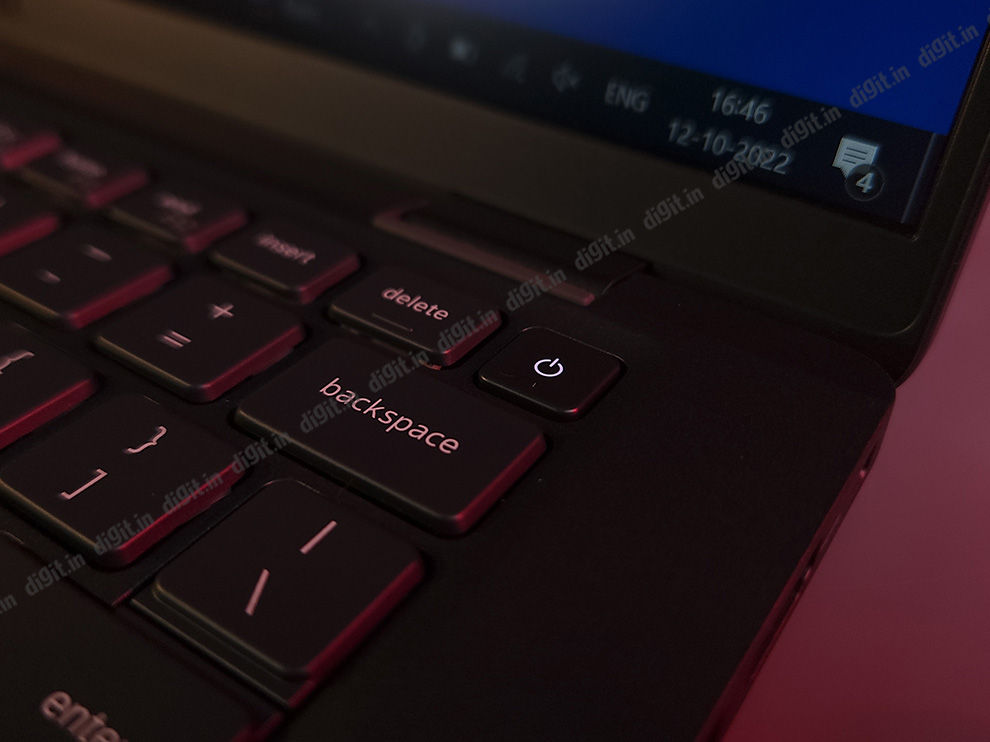 The Dell Latitude 7430 features decent specs across the board, comes with a good display, is slim and lightweight, and looks stylish to boot. Pair that with above-average battery life and you’ve got a pretty decent business laptop offering here from Dell. There are plenty of options that are available which we didn’t get to test with our unit, such as the 2-in-1 variant, and an included fingerprint sensor for instance, but it’s nice that those options are available for those who want it. The touch displays are also compatible with a stylus, however, you do not get a stylus with the laptop. Even the keyboard is pleasant to type on. All of these features come at a premium though. The cheapest variant starts at close to INR 1.16 lakhs, and can go all the way up to INR 1.55 lakhs depending on your configuration.