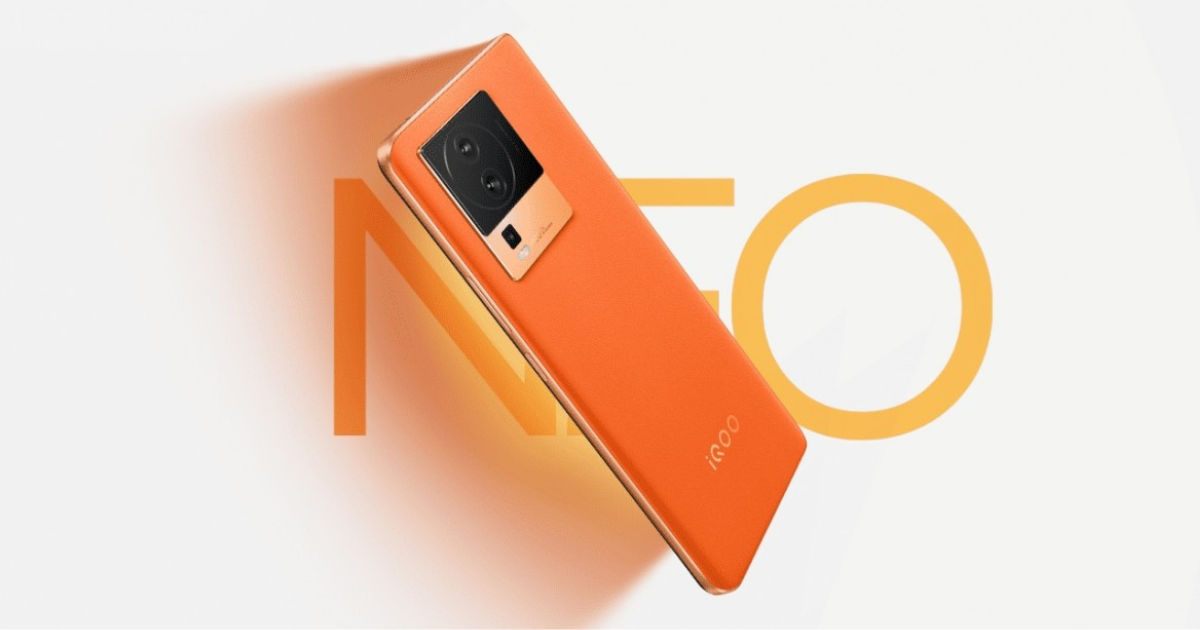 The iQOO Neo 7 is claimed to have scored 108,0717 on AnTuTu. This means the handset sits right below the top-scoring gaming phones like the ASUS ROG Phone 6 and Nubia Red Magic 7. The Dimensity 9000+ offers a 5 percent performance improvement and a 10 percent better efficiency than the Dimensity 9000 SoC.

The iQOO Neo 7 launch date is October 20th and the render image shared by the company shows the phone will come in Orange colour, with a power button and a volume rocker on the right edge. On the back, the phone has a rectangular module, within which there is a circular module to house dual-camera sensors and below that, we see another sensor, which could be a telephoto lens and an LED flash.

After teasing with render, the company is now back again to confirm the phone will be powered by the MediaTek Dimensity 9000+ SoC, which is an improved version of the Dimensity 9000. iQOO says the phone has managed to score 1080717 on the AnTuTu benchmark application. That’s pretty much it about the phone at the moment but we believe the cameras will also see a significant upgrade over the iQOO Neo 6.

iQOO Neo 6 is a very good option currently in the Indian market, mostly due to the aggressive pricing paired with the sturdy build quality, premium hardware such as a 120Hz AMOLED display, 80W fast charging support, 64MP OIS primary camera and is running on the latest Android 12 OS and might get Android 13 update in the future. We hope the iQOO Neo 7 builds on the same foundation and becomes a good replacement for the Neo 6 in the country when it launches.