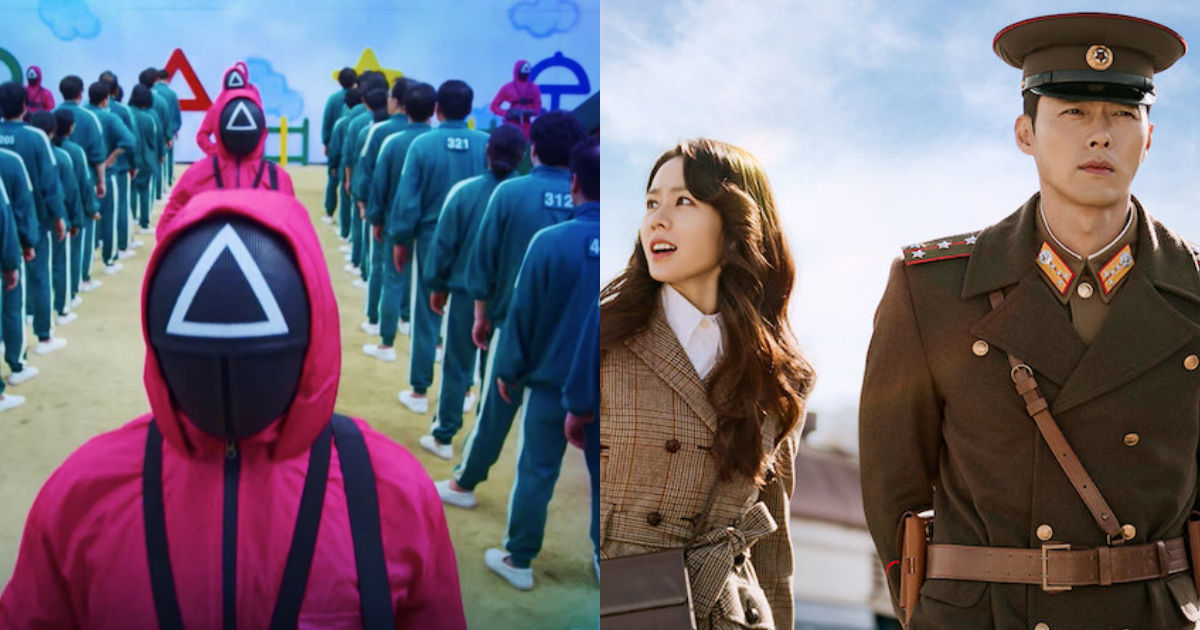 With the Hallyu wave spurring to greater heights every year, Korean dramas aka K-dramas have become a common favourite among most, and a kind of comfort binge. If romantic dramas have kept people engaged with their mushy and heartfelt storytelling, the thrillers have received much appreciation for their gripping plotlines and twists. With the immense popularity of Crash Landing On You,  Squid Game, and the recent Extraordinary Attorney Woo, Korean dramas have reached new shores. Netflix is now home to Korean dramas of all kinds of genres, ranging from romance, and action to horror. There’s always something for everyone, be it the wholesomeness in watching doctors forming a band, a lawyer on the autistic spectrum regaling a court with a discussion on whales, or some flesh-eating monsters clawing their way through a school.

So, here’s looking at the best Korean dramas on Netflix.

The Korean dystopian thriller became a global phenomenon and even made history at the Emmys in 2022. Squid Game revolves around hundreds of cash-trapped contestants, who have to play a series of deadly children’s games to win an astronomical amount of money. Lee Jung-jae leads the series as Gi-hun, a man buried in debt, desperately trying to make ends meet.

Hospital Playlist, a wholesome medical show, revolves around the lives of a group of doctors, who are close friends at the same hospital—and also band members, at the end of the day. The series focussed on their friendships, patients as well as tangled love lives. Warm and heartfelt, the show was so popular that it saw two seasons.

Twenty Five Twenty One is a heartwarming show revolving around a young girl reading her mother Na Hee-do’s (Kim Tae-ri) diary and learning about her first love. The show takes place in a series of flashbacks, and we are transported to the 1990s, just after the IMF crash in South Korea and how many lives were disrupted in the process. Na Hee-do meets the earnest and sincere Baek Hi-jin, who becomes an aspiring reporter, and the story shows how their relationship evolves gradually.

Crash Landing On You

Crash Landing On You is the Olive Garden of Korean dramas. Starring Hyun Bin and Son Ye-jin who got married years after the show, CLOY tells the story of two star-crossed lovers. He’s a North Korean military officer and she, a South Korean heiress accidentally lands in North Korea. He assumes responsibility to return her safely, amid much trial and tribulation. The show became an international sensation and spurred the Hallyu wave.

Song Joong-ki plays Italian-Korean Mafia consigliere Vincenzo, a gangster ‘who is scum and cleans up other scum’. He arrives in South Korea to retrieve gold buried under a grimy plaza. He befriends the inhabitants and is swept into a world of raging crime and corruption that he has to fight. After the gang of high-profile criminals take away something that’s dearest to him, he decides that there are no rules in the game.

It’s Okay To Not Be Okay

Lead by South Korean stars Kim Soo-hyun and Seo Ye-ji, It’s Okay To Not Be Okay tells the story of a sociopathic children’s author and a hard-working, yet reticent caretaker at a psychiatric clinic. Their pasts are intertwined and as the series progresses, the two help in healing each other’s deep-seated traumas. The show was praised for its sensitive outlook on mental health and was considered one of the best shows of 2020.

Start-Up revolves around four individuals Dal-mi, Don-San, Han-Pyeong, and In-Jae, all with different outlooks on how to operate a start-up. The story takes place inside the fictional ‘Sand Box’ in the Silicon Valley of South Korea and follows their professional and personal lives, as they encounter numerous setbacks.

All Of Us Are Dead

An experiment goes nightmarishly wrong, leading to a zombie outbreak in a high school. A small gang of students struggles to survive in this hellish new world as their classmates turn to flesh-eating zombies, and they await help from the government, but unfortunately, the world of grown-ups is far from sorted too. The children don’t have to only battle the monsters and adults—they’ve to fight their own too. All of Us Are Dead is streaming on Netflix.

A taut, romantic thriller, Flower of Evil, starring Lee Joon-gi and Moon Chae-won, tells the story of a seemingly happy married couple. Baek Ho-song is a craftsman, and Ji-won is a cop—but after a series of murders occur that are eerily similar to ones that occurred years ago, Ji-won realises slowly that her husband is somehow tied to these horrors and she sets out to find out the truth while being torn between her love for her husband and her career.

One of the breakout shows of 2022, Extraordinary Attorney Woo chronicles the legal adventures of Woo-Young-woo, an attorney on the autistic spectrum. She joins a prominent law firm and faces much discrimination, but slowly her colleagues see her impeccable talent and powerful memory prowess.