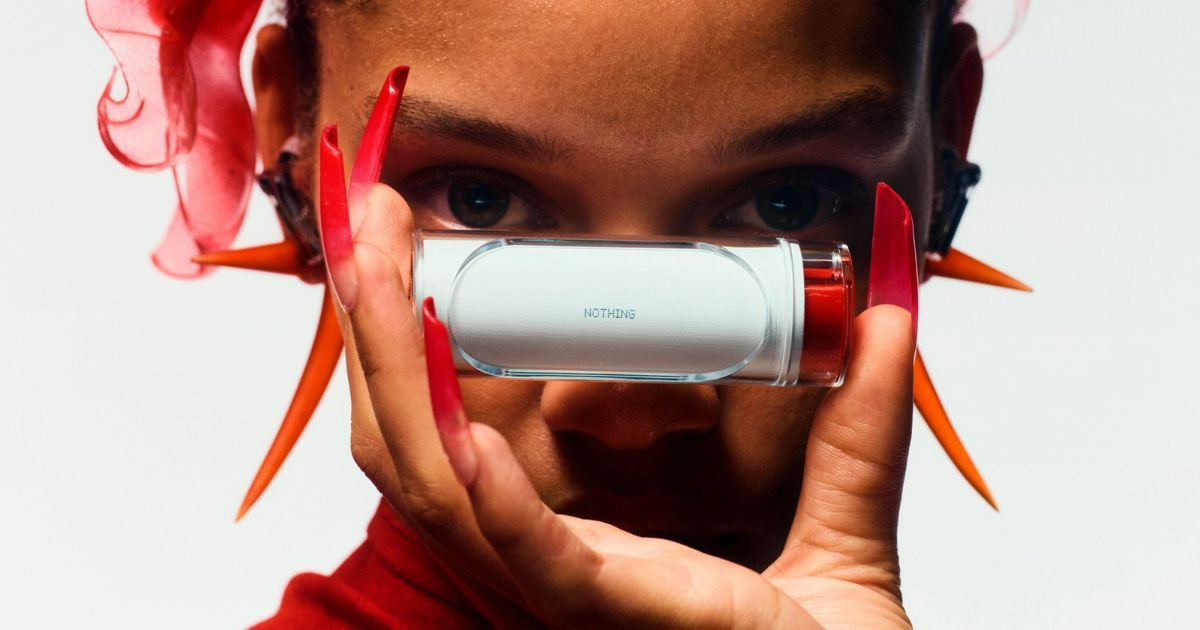 This comes after the brand revealed the entire design of the product recently in the hands of Errolson Hugh, who is the internationally acclaimed designer behind Berlin-based apparel brand Acronym. The Nothing Ear (Stick) will have a half-in-ear true wireless earbuds design, which are claimed to offer supreme comfort.

Nothing Ear (Stick) will launch on October 26th and we can speculate the earbuds will be sold via Flipkart. The company says that they are feather-lite with an ergonomic design that’s mounded to the ears. The earbuds are accompanied by a cylindrical, lipstick tube-like charging case. This design is claimed to allow the case to ‘simply glide into pockets.’

The earbuds are placed within the lip-stick-like case and they seem identical to the original Nothing Ear (1). The case has dual cutouts to house the earbuds comfortably. No hardware details have been revealed by the company officially but we believe there will be some similarities to the original Ear (1). We should learn more details as we inch closer to the launch.

Separately, Nothing confirmed that Phone (1) will get the Android 13 beta update before the end of the year and that the stable version will roll out by next year. However, a specific timeline hasn’t been revealed yet. The brand has recently rolled out the Nothing OS 1.1.4 update, which is the fourth update since its launch.