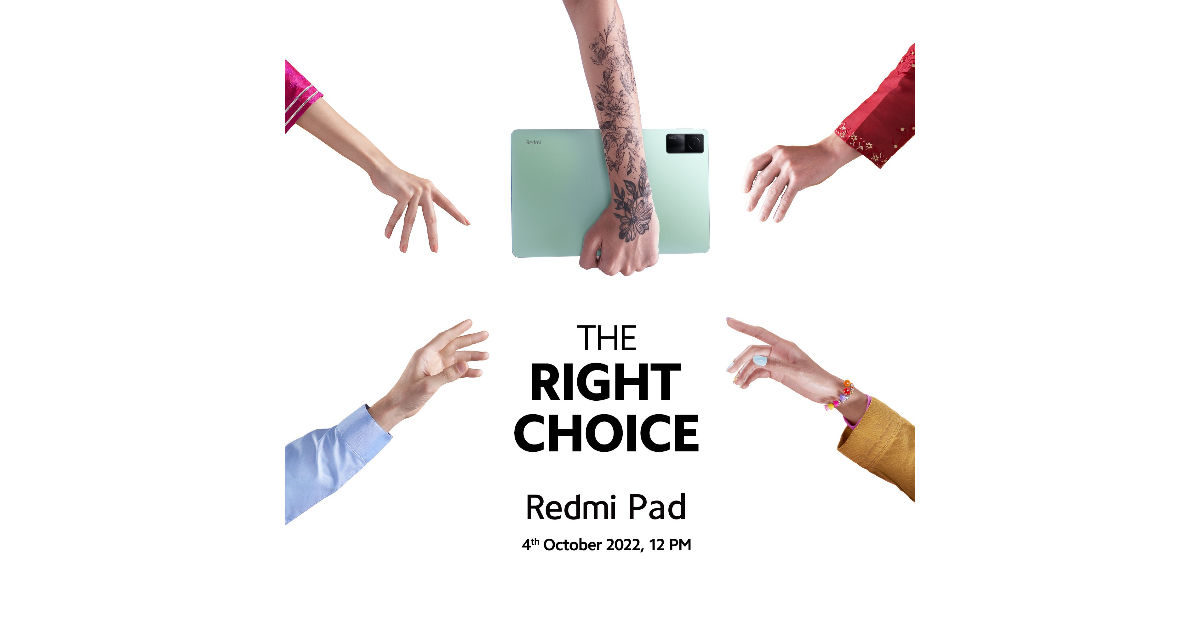 The Redmi Pad is expected to come as a budget or mid-range Android tablet offering. The tablet has been leaked earlier, and we know what to expect from the tablet. According to a recent leak, the Redmi Pad 4G could come with a MediaTek Helio G99 chipset, a high refresh rate display, and more. Let’s take a look at the rumoured specifications of the Redmi Pad 4G.

The Redmi Pad is said to come as a budget Android tablet. According to the recent leak, the tablet will come with a 10.6-inch 2K display with a 90Hz refresh rate. The display will also have 400 nits of peak brightness and a 1,500:1 contrast ratio. The tablet may come with the new MediaTek Helio G99 chipset, paired with up to 6GB of RAM and up to 128GB of internal storage.

On the same date, Xiaomi will also launch its next line of flagships, the Xiaomi 12T series. The Xiaomi 12T series is said to include the Xiaomi 12T and Xiaomi 12T Pro. Out of these, the Xiaomi 12T Pro is expected to be powered by a Snapdragon 8+ Gen 1 SoC and a 6.67-inch full HD+ AMOLED display with 120Hz refresh rate, a 200MP triple rear camera, a 20MP front camera, and a 5,000mAh battery with 120W fast charging. Other features, such as Harman-Kardon branded speakers and Dolby Vision certification on the display, are also in order.

The Xiaomi 12T, meanwhile, is expected to run on the MediaTek Dimensity 8100 SoC, and also come with a 108MP triple rear camera instead.