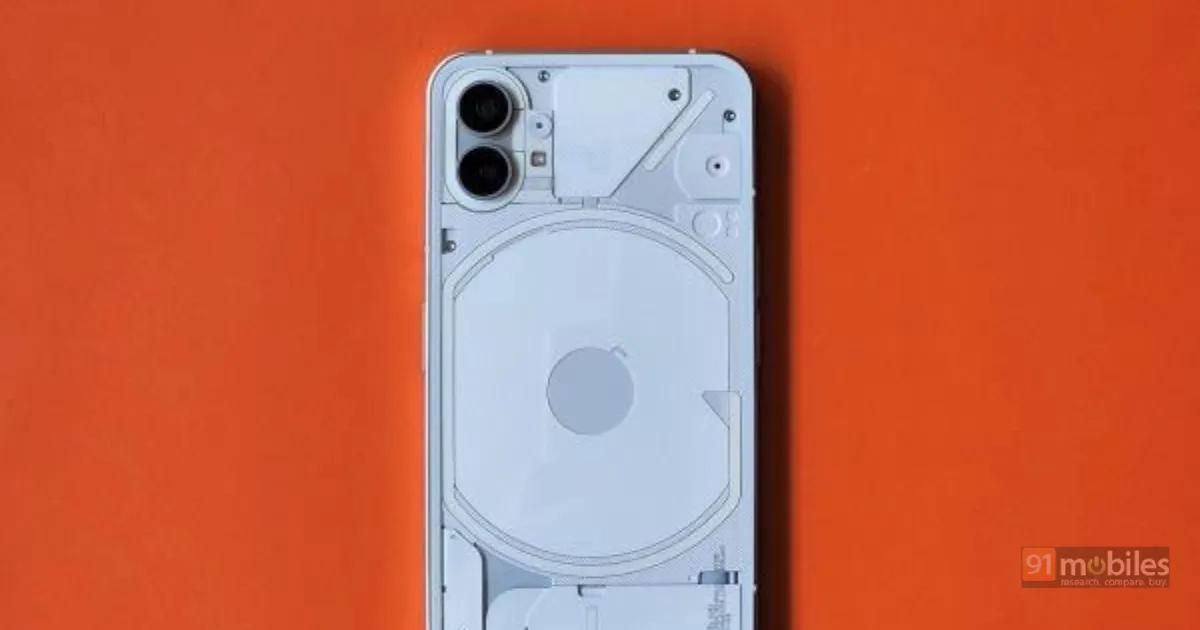 The Nothing OS 1.1.4 update offers key optimisations that are claimed to take the dual 50MP cameras to their full potential. To recall, the Nothing OS 1.1.3 fine-tuned the software for sharper clarity and improved colour fidelity. Nothing also announced that the Android 13 beta version will ship by the end of the year.

The Nothing OS 1.1.4 update adds a ‘Nothing-themed’ watermark to the camera app. It improves the ultra-wide-camera colour calibration and increased colour consistency between main and ultra-wide sensors. There is a new motion detection algorithm added for improved stability when shooting moving objects.

The Nothing OS 1.1.4 update increases shooting speed when using HDR in ultra-wide mode. Night mode shots are true-to-life with increased colour accuracy. Portrait shots on the front camera are sharper and more natural. Other features include a new option to flip the 3-button navigation bar and the phone now supports LHDC high-definition audio.

As said, the company announced that Nothing Phone (1) will receive an Android 13 beta update by the end of this year and a stable release by early 2023. The company assured that it is closely monitoring the feedback from customers and is working on bringing a refined user experience.