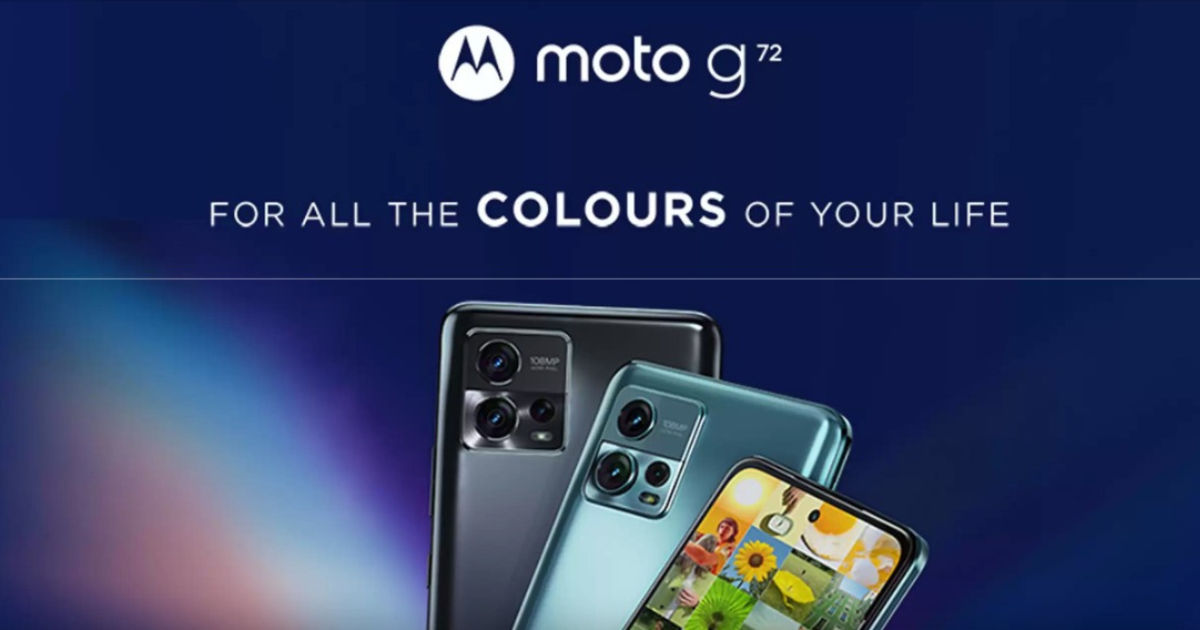 Motorola has announced the launch of its next smartphone in the popular Moto G series, the Moto G72. The Moto G72 India launch date has been revealed on a Flipkart page, which also reveals some of the key specifications of the device.

The landing page on Flipkart shows that the Moto G72 will be launched in India on October 3 and will come with the new MediaTek Dimensity G99, along with 6GB RAM and 128GB internal storage. The Flipkart page also shows the design of the Moto G72, which will come in at least two colour options, and will have a triple rear camera setup.

The Moto G72 will also come with a 10-bit OLED display with a 120Hz refresh rate and 576Hz touch response rate. The peak brightness is 1,300 nits, and the Moto G72 display also comes with HDR10 support. The Flipkart page for the upcoming Motorola smartphone also reveals a 108-megapixel primary shooter and a 5,000mAh battery with support for 33W fast charging.

Most of the specifications mentioned in the Flipkart page are in line with previous rumours. An FCC listing had earlier hinted at a 5,000mAh battery with 33W fast charging on the Moto G72. Further, the smartphone is rumoured to come with a 6.5-inch display, which we now know will be a 120Hz AMOLED display.

Renders of the Moto G72 leaked recently, showing a similar design as the one on the Flipkart listing. The renders, however, showed three colour options instead of the two shown on Flipkart. Rest of the design is pretty much similar to the renders that leaked earlier this week.