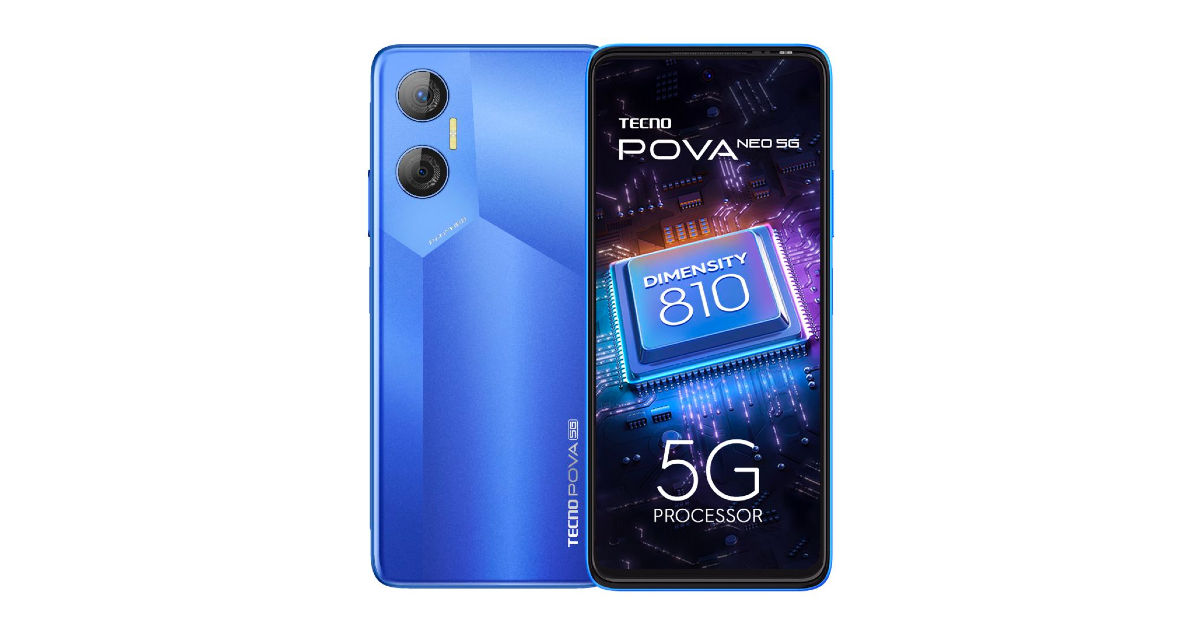 The Tecno Pova Neo 5G has been launched with a price tag of Rs 15,499 in India for the sole variant with 4GB RAM and 128GB internal storage. The smartphone will go on sale starting September 26th in India and will be available for purchase on Tecno’s official website and on Amazon India.

The Tecno Pova Neo 5G comes with a large 6.9-inch LCD display with an FHD+ resolution and 120Hz refresh rate. The smartphone is powered by a MediaTek Dimensity 810 chipset paired with 4GB of RAM and 128GB of internal storage, which is expandable via a microSD card slot.

The images of the smartphone show a dual rear camera setup, which will include an 8-megapixel primary shooter and dual LED flash.