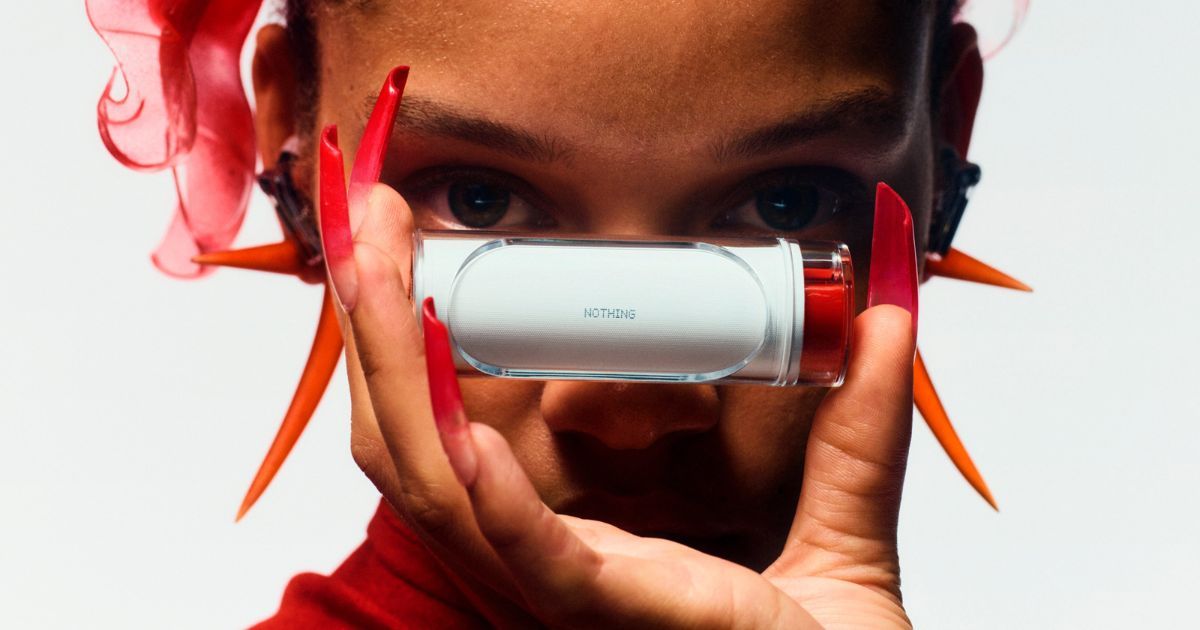 Carl Pei’s Nothing teased its next earbuds, the Ear Stick, and showcased its charging case at the London Fashion Week. The images show us a cylindrical, lipstick tube-like charging case of the Ear Stick, which is unlike the square-shaped case of the Nothing Ear (1). According to Nothing, the new design allows the case to ‘simply glide into pockets.’

While previous reports have hinted that the Nothing Ear Stich might be a couple of cosmetic changes over the Ear (1), Nothing’s US PR manager Lewis Hopkins told The Verge in an email: “The Ear Stick is an entirely new product. New charging case and new bud. Nothing’s press release says the earbuds are ‘feather-light’ with a ‘supremely comfortable ergonomic design that’s moulded to your ears.’

The Nothing Ear Stick’s price, specifications, and availability are still a mystery, but the company will announce everything “later this year.”

Previously, we came across the early Amazon listing of the Nothing Ear Stick, which gave us the first look at the refreshed Nothing Ear (1) earbuds. This TWS also visited the BIS certification website hitting at an imminent launch.

Nothing has risen to fame since its debut last year. Its first product, the Ear (1) wireless earbuds, highlighted a transparent design and managed to sell more than 4,00,000 units globally. This transparent philosophy was carried forward with the Nothing Phone (1), which became the most popular phone in its price segment, thanks to its unique back design. The handset’s popularity set the sales chart on fire, resulting in 1,00,000 units sold in India’s first month of sale. This shows us there’s a sizable audience willing to invest in the brand’s products.