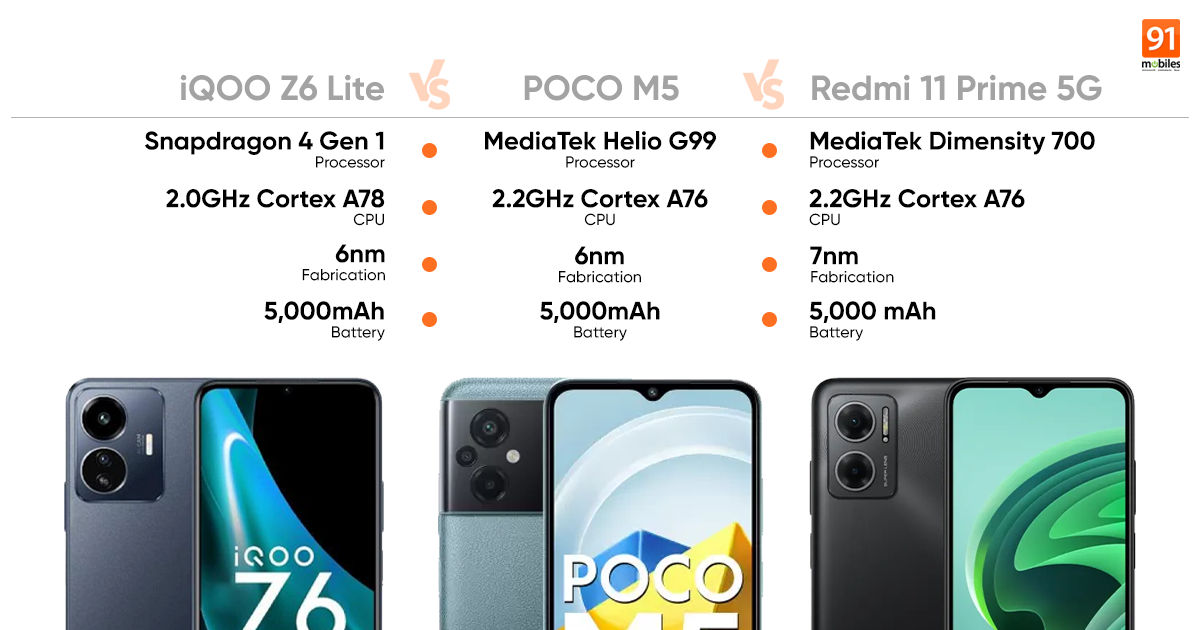 iQOO has just announced a new smartphone in the affordable segment called the iQOO Z6 Lite, and one of the standout points in favour of the new device is the fact that it’s the first one to harbour Qualcomm’s all-new Snapdragon 4 Gen 1 SoC. While iQOO has focused its attention largely on the affordable flagship segment, it has subtly introduced competitive devices in the mid-range and budget market as well. The iQOO Z6 Lite is priced at Rs 13,999 and battles it out against options from the likes of POCO and Xiaomi. So how good is the Snapdragon 4 Gen 1 chipset? I pitted the iQOO Z6 Lite against the POCO M5 and Redmi 11 Prime 5G (review), both of which have different chipsets and are priced around the same. Let’s see who comes out on top in this benchmarks and performance comparison. 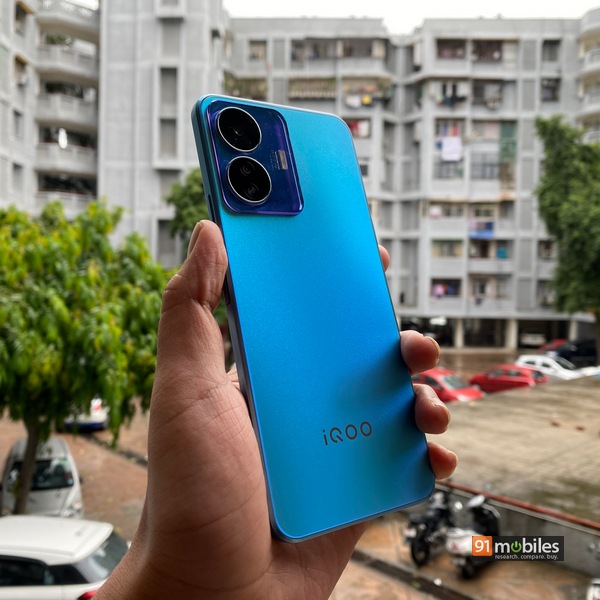 The Qualcomm Snapdragon 4 Gen 1 is a 6nm chipset that has two Kryo Prime Cortex A78 cores spinning at 2.0GHz for performance-related tasks. As for the efficiency, there are six Cortex A55 cores clocked at 1.8GHz. The POCO M5 comes with MediaTek’s latest Helio G99 SoC which also uses 6nm fabrication. For performance, it uses two Cortex A76 CPUs with a frequency of 2.2GHz while for less demanding tasks there are the usual six Cortex A55 cores spinning at 2.0GHz. Finally, there is the Dimensity 700 which has the same two performance and six efficiency cores as the Helio G99 but its fabrication is based on a 7nm process.

Comparing results seen on the popular benchmarking app Geekbench 5, we can see there is very little to separate the three devices. The iQOO Z6 Lite, powered by the Snapdragon 4 Gen 1 chipset, scores 621 and 1,854 on single-core and multi-core tests respectively. The Redmi 11 Prime 5G and its Dimensity 700 are ranked slightly lower at 556 and 1,742 while on the POCO M5’s G99, the scores are 552 and 1,916. The only real difference of note is how the M5’s multi-core result is about 10 percent higher than the Redmi 11 Prime 5G. When compared to the iQOO Z6 Lite, all phones have scores that are about the same. In real-world usage, all devices will perform similarly.

Antutu benchmark delves into more detail regarding a smartphone’s performance metrics and churns out an overall score. For the iQOO Z6 Lite, the overall score was 385,019 while also having the highest CPU and GPU scores among the three phones. However, its UX score was the lowest at 68,007. The Redmi 11 Prime 5G has a score of 385,734 which gives it the top position overall while the POCO M5 sits lowest at 366,351. In terms of the difference, the iQOO Z6 Lite is ahead of the POCO M5 by just five percent. All phones also have a similar battery drop and temperature gain while running the test. This is further proof to corroborate the Geekbench 5 results which show that in real-world usage, all three phones will likely have similar performance.

Smartphones tend to throttle performance when put under sustained loads which is why it is important to assess the peak performance at which the device operates. For this, the CPU Throttle benchmark, which operates 20 threads for a 30-minute interval, is a useful tool. Running it on all three devices yielded results similar to the above-mentioned tests. The iQOO Z6 Lite throttles down to 92 percent of its peak performance while the POCO M5 can do 87 percent. The Redmi 11 Prime 5G cuts down the peak performance to 89 percent which proves that all three smartphones are capable of sustaining an equal amount of processing prowess when put under load.

To corroborate the CPU Throttle benchmark results, I also ran 3DMark’s Wild Life Stress test, which utilises the GPU on the chipset. Again the scores remain close to each other with the iQOO Z6 Lite getting a stability of 99.1 percent while the M4 and Redmi 11 Prime 5G stood at 99.6 and 97.3 percent respectively. The POCO M4, however, had the highest loop score of 1,247 while the iQOO Z6 Lite was the lowest at 1,044. Even so, the difference is minimal enough to not affect real-world usage.

Since the ban of BGMI, PUBG New State has become a new benchmark for testing gaming performance. I ran the three devices at the maximum possible graphics and frame rate settings. Both the Redmi 11 Prime 5G and the POCO M5 are able to run the game at Max frame rate (60fps) and Ultra graphics. However, the iQOO Z6 Lite can only do Max frame rate at Lite graphics. To get parity, that is the setting I set on all three phones, and here are the results. The Redmi 11 Prime 5G was able to go 30 minutes while dropping eight percent battery and gaining 10 degrees. The same numbers for the POCO M5 were nine percent and 11 degrees. The iQOO Z6 Lite got a bit hotter, gaining 13 degrees and also losing 12 percent battery.

From these tests, you can see that as far as daily performance metrics go, there is very little to separate the three devices. All three smartphones have similar scores as far as benchmarks go and as such, no sizeable difference can be found. However, in terms of gaming, you might be better served by the POCO M5 and the Redmi 11 Prime 5G, instead of the iQOO Z6 Lite’s Qualcomm Snapdragon 4 Gen 1 SoC.