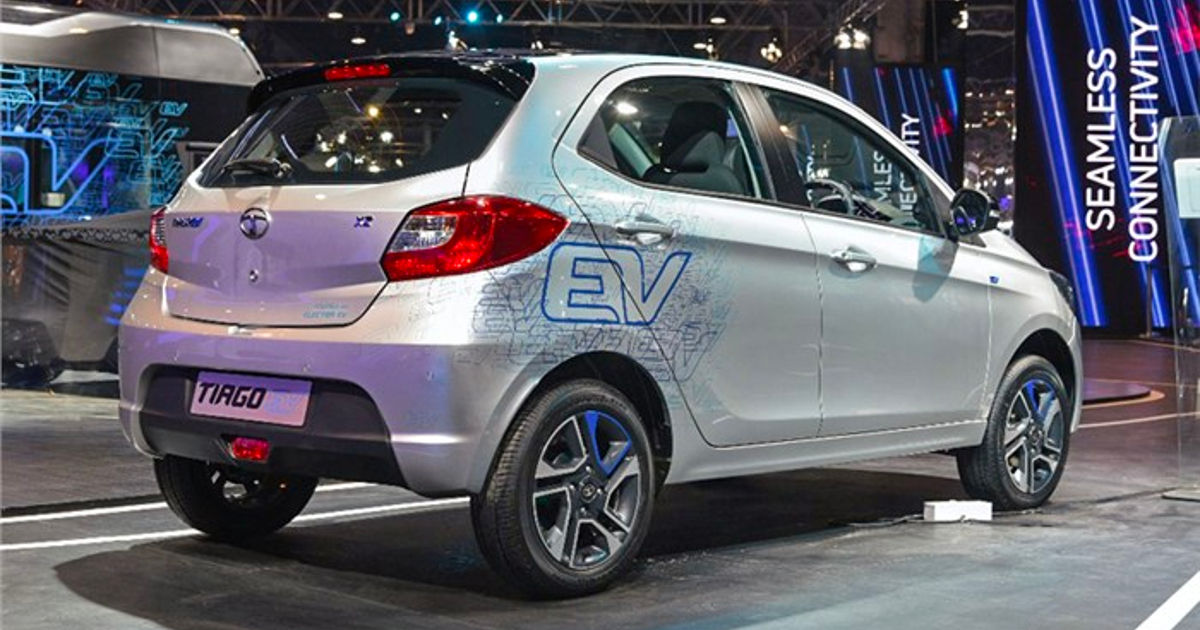 Tata has not announced the Tata Tiago EV specifications yet. The upcoming electric hatchback, however, is said to share the same platform and powertrain as the Tigor EV that was launched in India last year. Currently, Tata sells two powertrain options for the Tigor EV – one for private buyers and the XPres-T variant for fleet operators.

The upcoming Tata Tiago EV is said to share either of the two powertrains with the Tigor EV. The lower power XPres-T powertrain from the fleet variant of the Tigor EV makes 41bhp of horsepower and 105Nm of torque with its 21.5kWh battery unit, offering a claimed range of 213 km. This battery can be charged via a 15kW DC fast charger in just 1 hour and 50 minutes.

The more powerful powertrain that the upcoming Tiago EV could share with Tigor EV produces 75bhp horsepower and 170Nm torque with a 26kWh battery that offers a claimed range of 306km. This can be charged with a more powerful 25kW DC fast charger in just 1 hour and 5 minutes.

In terms of design and appearance, the Tiago EV is said to look similar to the internal combustion engine models of the hatchback. The EV, however, could get minor cosmetic tweaks that will give the car an EV-like feel, like the blue highlights and accents we have seen on the Tigor EV and Nexon EV from Tata.

Tata Tiago EV is expected to come with an affordable price tag in India, possibly between Rs 5 to 7 lakh (ex-showroom). We should know more about its pricing and features on the day of the launch.