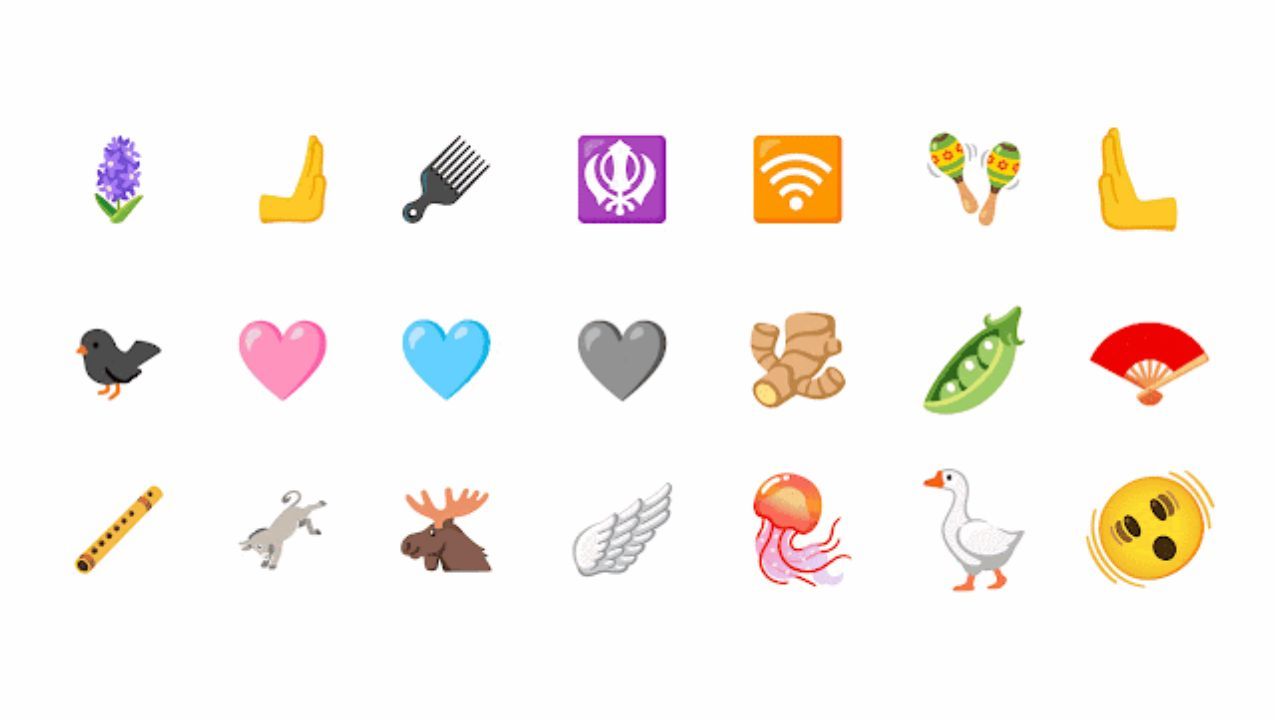 Google has announced new Android emojis as per the Unicode 15 update. There are 21 new emojis on Android and let’s take a look at them and know when they will be available.

Google is bringing new emojis to Android. It is adopting Unicode 15 standard and there are 21 of these new emojis. This includes Wing, shaking face, leftward pushing hand, rightward pushing hand, shaking face, donkey, jellyfish, and new heart colors. That brings the total to 3,664 emojis. Although, that’s a lot to cover, and you may already be using many of them. So, for now, let’s go through the newly incoming ones, and learn when they will come to your Android phones.

Now, before we jump to the colorful new Android emojis, know that Google is also introducing animated emojis and the option to change the colors of the emojis. Here are all the details:

The 4,489 new characters in #Unicode15 include 20 new #emoji, along with new emoji sequences, expected to show up on Android and iPhones, and other platforms sometime next year → https://t.co/92bPON11bP #絵文字 pic.twitter.com/Tk9cyV1SXo

Since Google is basing the new emojis on Unicode 15 standard, the list of new emojis includes:

You can use both leftward and rightward pushing hands for a high five. There’s also a pink heart in the list which is apparently the most anticipated emoji. The company has also updated the monochrome Noto Emojis to the latest standard.

However, these might not even be the most exciting part as Google is also sliding in new animated emojis to the Android emoji library. There are about 200 of these and you may find them already within Google Messages.

Last but definitely not least, Google is allowing developers to edit the color of the emojis. You can check out how this works here.

When will the new Android emojis be available?

Google has planned the new Unicode 15 emojis to be added to AOSP “in the coming weeks” and they are set to make an appearance on Android in December. It is most likely that Google Pixel phones would be the first to get this update.