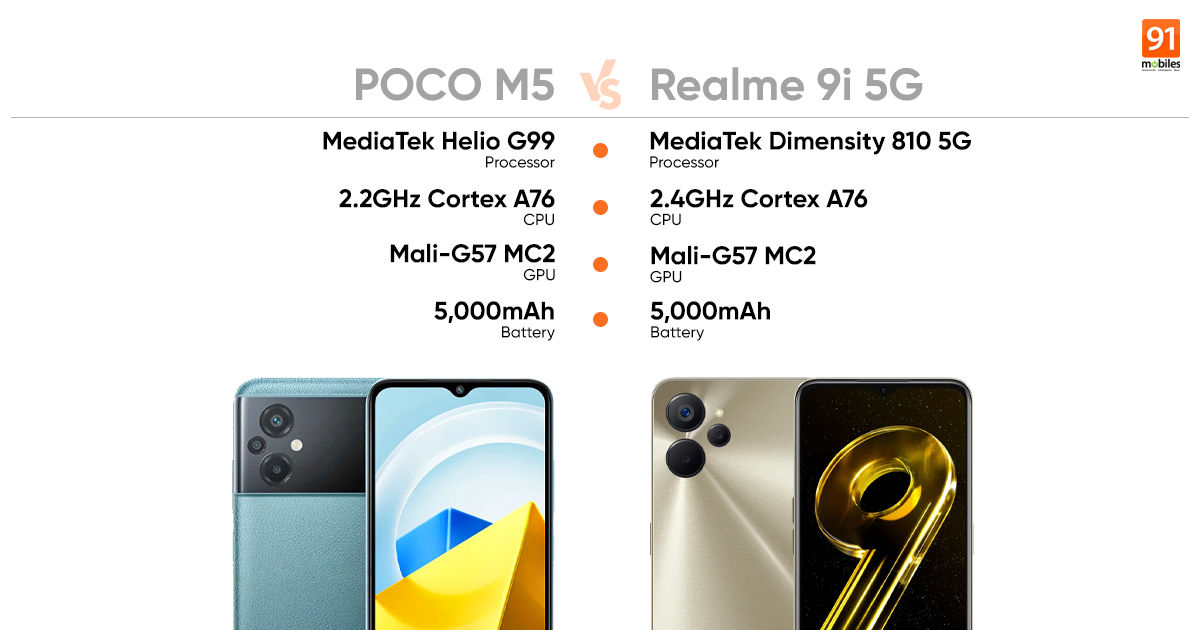 Xiaomi offshoot POCO has just announced its latest affordable smartphone which comes in the form of the POCO M5. The device is priced starting Rs 12,999 and comes with the new MediaTek Helio G99 SoC, making it the first device to harbour this chipset. It comes as little surprise that the phone faces cutthroat competition from other players in the market, given its price tag that positions in the hotly-contested sub-Rs 15 K segment. One heavyweight is Realme, and its Realme 9i 5G (review) falls in this price range as well. The Dimensity 810 chipset powers this device and it comes in at a slightly higher price point of Rs 14,999. So which smartphone can best the other in terms of performance metrics? Let’s find out in this full benchmark and gaming comparison. 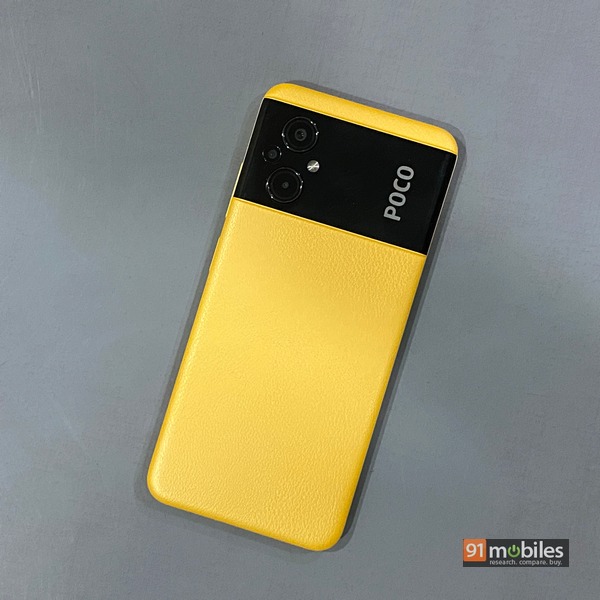 Talking first about the popular Geekbench 5 synthetic benchmark test, the POCO M5 gets single-core and multi-core results of 552 and 1,916. For the Realme 9i 5G, these scores are 602 and 1,805. Both devices perform nearly the same wherein the multi-core score on the M5 is about six percent ahead while the single-core is about nine percent behind. The Helio G99 and Dimensity 810 basically have the same Cortex A76 and Cortex A55 cores with the former spinning just a shade higher on the 810 as compared to the G99.

With Antutu you can get a more detailed look at the various components comprising a smartphone’s performance. These include not only CPU capability but also GPU, Memory, and UX. For the POCO M5, the overall score on Antutu settles at 366,351 while Realme 9i 5G is a shade higher at 400,315. The difference between the two is about nine percent in favour of Realme which, in terms of practical usage, is not that much. As for battery drain during the test, the POCO M5 just dropped one percent and gained one degree in temperature. The Realme 9i 5G dropped about three percent battery while gaining 1.3 degrees in the process. Again, there is very little to separate the two.

Throttling under sustained load is also something that needs to be monitored on a device. Fortunately, both MediaTek chipsets perform well on the CPU Throttle benchmark which I had set at 20 threads for 30 minutes. The smartphones keep up to 87 percent of their peak performance which should ensure consistent performance even when the SoC is involved in multiple tasks.

Talking about purely GPU-based benchmarking, 3DMark’s WildLife test is a tool that gives reasonable insights into the chipset’s performance. Since both SoC’s have the same GPU there is very little to separate the two and it can be seen in the overall results. The POCO M5 gets a score of 1,248 while the Realme 9i 5G gets a score of 1,335. There’s a difference of just seven percent between the scores and temperature gains and the frame rate count also remains about the same.

Since the ban of BGMI from the Play Store, PUBG New State has become a new benchmark for testing a smartphone’s gaming capabilities. The POCO M5 is not able to utilise the 90fps option which is available on the Realme 9i 5G. To get parity on both smartphones, I have kept the graphics at Ultra and the frame rate at Max (60fps). However, I don’t recommend these settings for gameplay lasting more than 30 minutes unless you wish to experience a lot of frame drops. For the duration of my test run, both devices worked well with the POCO M5 dropping 10 percent battery and showing a nine percent gain in temperature. For the Realme 9i 5G, this figure was a nine percent battery drop and 10 degrees temperature gain.

As you can see from these comparisons, there seems to be very little difference between the performance levels of both phones. The lower price tag of the POCO M5 means that if it is value you are after, then the device appears to be a better choice than the Realme 9i 5G.