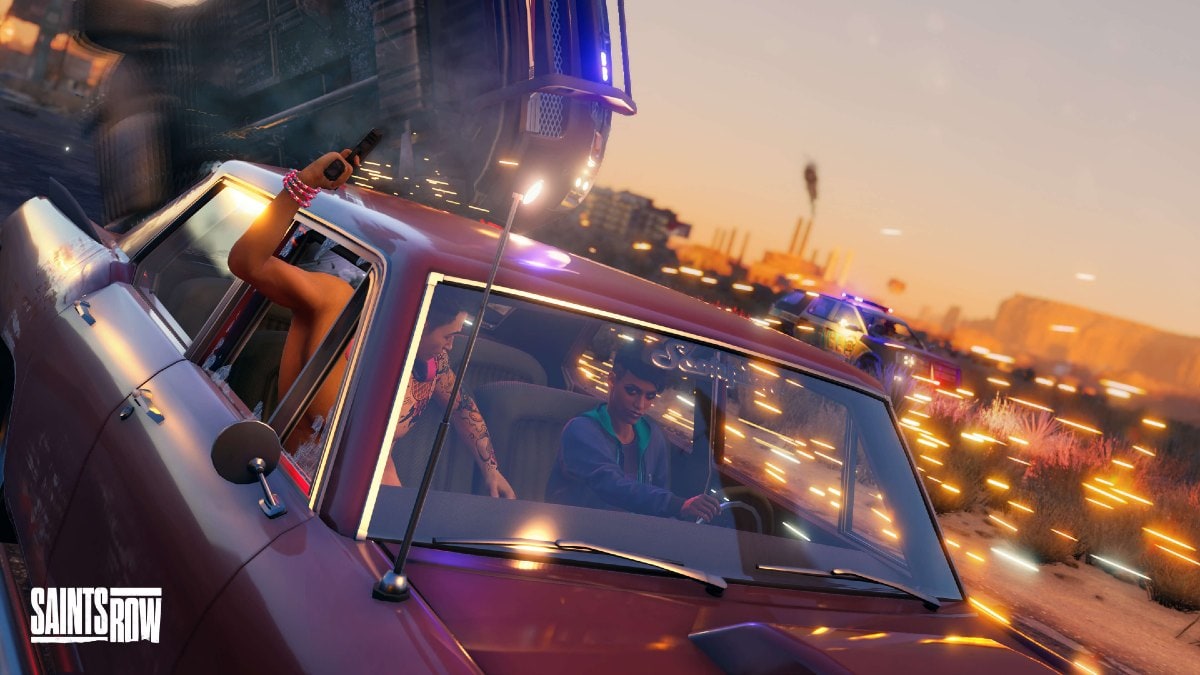 Saints Row — a reboot of the beloved franchise created by Deep Silver Volition — seemingly had regained the trust of its fans after an initial reveal had them deeply worried. The developer was able to create some buzz through succeeding trailers, which made fans excited for its release. Now, having spent over a week with the game — Saints Row released August 23 for PC, PS4, PS5, Xbox One, and Xbox Series S/X — I am afraid to say that the initial fears of the fandom have come true. This new take on the descent into a life of crime for the Saints is devoid of all the quirky traits that made it truly stand out and set itself apart from Rockstar’s GTA games back in the day.

The Saints return in a new setting, the city of Santo Ileso. But it would have been better if they had stayed home and thought this outing through. It might have prevented them from falling flat on their faces. Saints Row puts you into the shoes of the Boss. Having been fired from a private military gig and your housemates abandoned by their gangs, you and your crew set out to establish your own criminal empire as the Saints.

Saints Row offers multiple customisation options for the Boss, vehicles, and weapons. I spent a few hours creating a library of custom designs for my character. Vehicle and weapon customisation is also highly detailed. You can spend a fair amount of your time in the customisation menus, which is probably the most fulfilling aspect of the game.

Saints Row kicks off on an intriguing note with the Boss being betrayed and the Saints HQ destroyed. However, we then jump back into the past to experience the events that lead to that moment. This premise could have been captivating had the motivations of your character and your crew not been so shallow. The game also fails to deliver a sense of progression as you expand the notoriety of the Saints. For example, you can set up your Criminal Ventures anywhere in the city, as soon as you get the ability to build them. There is no competition for grounds with rival gangs, which I felt was a missed opportunity.

Sticking just to the main missions, you will be able to complete the Saints Row campaign in about 15 hours. You can also set up several Criminal Ventures throughout Santa Ileso, including the fan favourite Insurance Fraud from the previous games. The remaining, however, either involve clearing a wave of enemies or stealing a vehicle. In fact, most story missions also fall into these two categories, which makes the whole game feel like a grind once you are 4–5 hours into your playthrough.

Accompanying you on this journey is a new crew consisting of Neenah, Eli, and Kevin. Each of these characters possesses a unique trait — Neenah is your getaway driver/ mechanic, Eli serves as the brains of the operation, and Kevin is the party-throwing DJ/ chef that has several connections in Santa Eliso. The Saints Row developer tries to invoke this deep bond of friendship between us and these characters, but never delves deep into our history with them.

Saints Row doesn’t truly explore the characters themselves either. After an introductory mission, they are mostly there to send you to your next mission, or assist you in combat should you choose to call. I never really felt attached to my crew and the game never tried to make me care.

The Last of Us Part 1 PS5 Review: Absolutely Gorgeous, but Overpriced

Saints Row is not a visually-appealing game. It goes for the on-brand cartoony take on the characters, but the world surrounding them is dull. There are several lighting issues with the game. The draw distance is not that great either, with things popping in and out of your field of view at times. It looks like a game that belongs to a previous console generation.

Disappointingly, it is not just the graphics that feel dated — the gameplay is also stuck in the past. Saints Row just wants you to stand in the open and exchange fire with an AI that is brain dead even on higher difficulties. There are a few varieties of enemies ranging from grunts to armoured mini-bosses, but most can be easily dispatched without any challenge. Furthermore, shooting guns is just not gratifying in Saints Row — even with upgrades, they feel inaccurate and do hardly any damage.

You also get several special moves and an execution metre that fills up during combat. These executions help you regain health, but get old after a few hours and break the flow of combat. In addition, the animation can be glitchy at times that just makes these executions look awkward. This uninspired combat is definitely the biggest hindrance to enjoying Saints Row. I would have gotten behind grinding missions to expand my criminal empire, but the combat is boring, to say the least.

Saints Row is not a polished game either. I have experienced game crashes, artefacts popping up on the screen, allies magically appearing in vehicles — the list goes on. I even had my saved files corrupted after having spent a few hours in the game. There is also a bug that stops your controls from working during missions, which was especially infuriating as it made me lose mission progress several times.

Spider-Man Remastered PC Review: A Tad Overpriced, but Worth the Wait

The most fun I had with Saints Row was in its vehicle combat. Side-swiping cop or gang cars and watching them explode never got old for me. The easy drifting also made me pick cars over a wingsuit or helicopter most of the time. That said, most vehicles handle very similarly to each other and all can drift very easily. So, I never felt interested in building a car collection, as any vehicle can do the job.

Despite calling itself a reboot, Saints Row has not moved on from its predecessors. The game plays like a PS3-era title in every sense of the word. It is not a polished product either — corrupted saves, crashes, visual glitches, and bugs make the experience enraging at times.

The Saints Row campaign starts on an interesting note, but then fails to grasp you with absolutely no tension and stakes. Adding to the misery is an ensemble of drab characters that fail to invoke any real emotion from the player.

There are a few upsides to Saints Row though. You can spend hours in the customisation menu decking out your character, vehicles, and weapons. The ability to store multiple character designs of your Boss and switch them on the fly is a nice touch that most players will appreciate.

Drifting around the desert landscape and city streets of Santo Ileso is mostly fun. The wingsuit also adds an exciting element to traversal on Saints Row. However, most vehicles handle pretty much the same and the vehicle sounds are barely audible.

The biggest failure of Saints Row is the combat in my opinion. Guns just do not feel accurate and are not enjoyable to shoot. In addition, hand-to-hand combat is just present as an afterthought. The newly-added executions look exciting in the beginning, but become annoying, and constantly break the flow of combat.

I was really hoping to enjoy the life of crime in Saints Row and the few moments where everything clicked were exhilarating. But, overall, it is not an enjoyable experience — not even if you decide to get it on sale. I would recommend that you sit this one out, and save both your time and money.