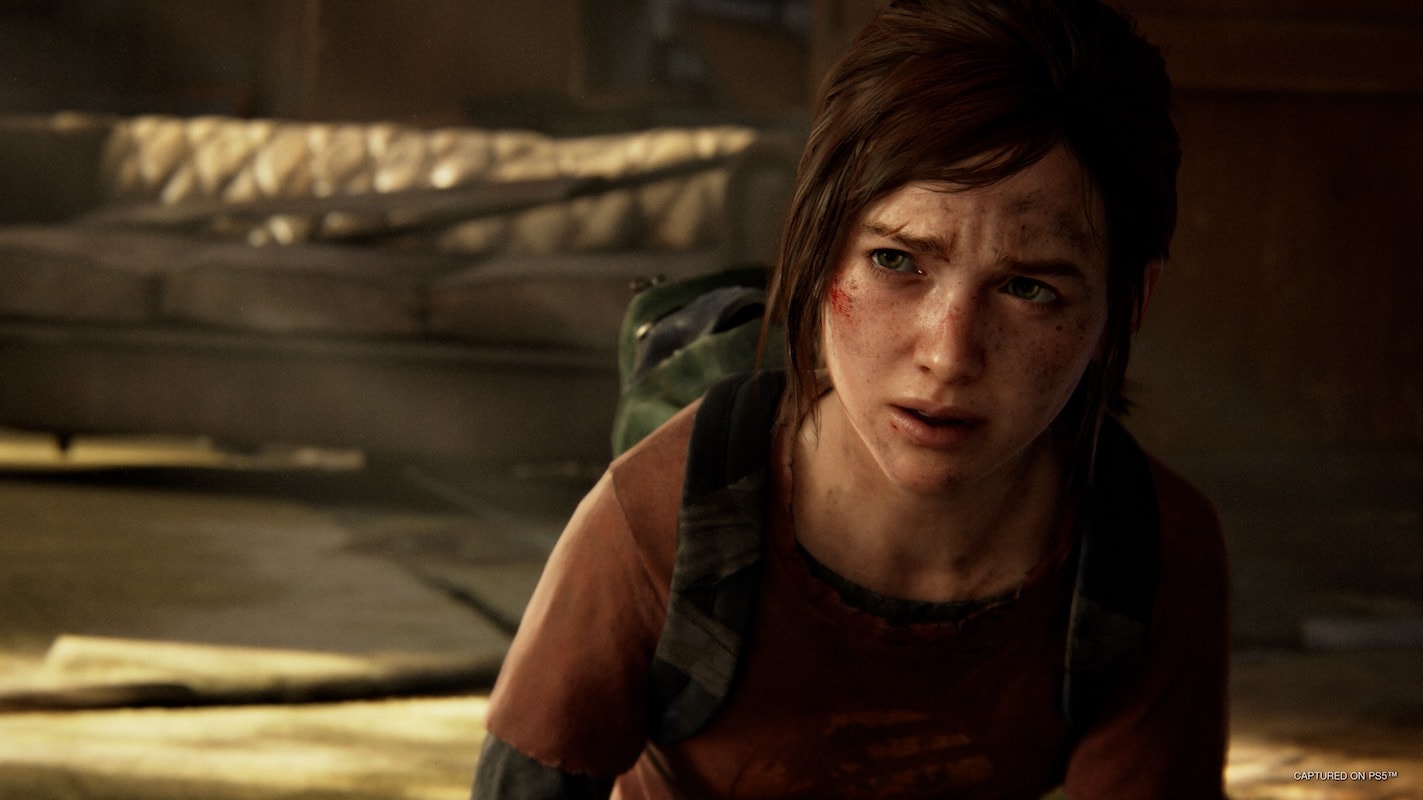 The Last of Us Part I — out Friday on PlayStation 5 — is a retroactive change of name, akin to what George Lucas did back in the day with his first Star Wars movie. What is now known as Episode IV – A New Hope was released simply as Star Wars in 1977. And just as Lucas did with Episode IV, and its sequels and prequels — repeatedly toying with them over the years, before he sold his Lucasfilm empire to Disney — Naughty Dog is tinkering with The Last of Us, first released on the PS3 in 2013. This isn’t even the first time, as the award-winning post-apocalyptic survival horror title got a PS4 remaster in 2014. But The Last of Us Part 1 is a much more extensive undertaking, with Naughty Dog terming it a “rebuilding” from the ground-up. It’s Lucas on steroids, essentially.

And boy, does it look good. The Last of Us Part I now looks, feels, and moves like its 2020 sequel, Part II. (The latter doesn’t have a native PS5 version as yet — it was the last Sony exclusive on the PS4, before the launch of the PS5 — but it plays much better on the next-gen console thanks to mini-updates.) With Part 1 on the PS5, there’s more detail in faces, textures, and everything else around you. And like Part II, The Last of Us Part I now makes use of the DualSense, adding to the scare and eeriness of its zombie-infested world.

If you’re coming off Part 2 though, Part 1 won’t wow you, more so if you played the former on a PS5. But there is a night and day difference here, something you can only realise when put the original and the remake side by side. As I did. Loading up The Last of Us Remastered on a PS4 Pro — I didn’t have a PS3 and The Last of Us disc to truly send myself back to 2013 — I discovered that the environments, their lighting, and the shadows seem rudimentary in comparison. And that’s saying something, considering the PS4 Pro Remastered variant claimed to offer “high-quality shadows” at 4K resolution. I can’t even imagine how much worse The Last of Us must look on the PS3.

The Last of Us Part 1 on the PS5 makes it seem like the PS3 era was 20 years ago. It’s crazy how far video games have come in the last nine years. (To be fair, the PS3 was on its last legs when The Last of Us released in 2013.)

PS Plus Deluxe vs Extra vs Essential: What’s Best in India?

The biggest improvement, arguably, on The Last of Us Part I is to fire. Dare I say it, it’s a thousand times better. Remember the house on fire from the pre-credits sequence, while Joel and Sarah are in Tommy’s car? That scene is haunting now, in ways that even the PS4 Pro 4K version of the game couldn’t manage. As they drive into town, Austin comes alive in front of your eyes, with Sarah witnessing the city tearing itself apart from the backseat of the car.

Character faces don’t look dated in the cutscenes — there are more wrinkles, and they offer more expressions. And the bodies of both players and NPCs move in a more realistic fashion on The Last of Us Part 1. Enemy AI also behaves in a more believable manner. If you approach an Infected from behind and try to take it down stealthily, while there’s another looking at you, it will look at you and react as you might expect, as compared to what enemies would have done on The Last of Us (Remastered).

As with said remaster on the PS4 Pro and Naughty Dog’s recent PS5 remaster of the Uncharted games, The Last of Us Part I offers a choice between two graphical modes: “Fidelity” that targets 30fps at native 4K resolution, and “Performance” that targets 60fps at a “dynamic internal resolution” upscaled to 4K. If you’ve a 120Hz display, you can turn on the “Unlocked Framerate” option in the display settings, which targets 120fps. (Make sure you also flip Variable Refresh Rate, or VRR, in the PS5 system settings.) I could only experience Fidelity and Performance owing to the TV I have — and given the slow pace of The Last of Us that prioritises stealth over rapid-fire action, I was happy to compromise on the extra frames, for the minimal boost in quality that Fidelity brought.

Remasters are better believed seen, which is why I’ve attached gameplay video from The Last of Us Part 1, captured on the PS5 in Fidelity mode. As you can see for yourself, load times are near instant.

Spider-Man Remastered PC Review: A Tad Overpriced, but Worth the Wait

Riley and Ellie in The Last of Us Part 1: Left Behind
Photo Credit: Sony/Naughty Dog

Just as with Uncharted: Legacy of Thieves Collection though, there’s no 4K 60fps mode or ray-tracing functionality here, something the PS5 is said to be capable of. The two remasters are also similar in that there’s no multiplayer mode on The Last of Us Part I. For that, you’ll need to go back to The Last of Us Remastered, which is backward compatible on the PS5. At least that is still on the store (and part of the PlayStation Plus Collection). What you get with the PS5 remake is all the single-player content: the full base story, and the DLC campaign, The Last of Us: Left Behind.

That said, there is something new here — in terms of gameplay experience. The Last of Us Part 1 brings a permadeath feature, and lets you go about it in three different ways. You can choose to reset the whole game when you die, the current act you’re in (expect to lose 2–3 hours of game time, Naughty Dog says), or the chapter you’re playing (sending you back 30–60 minutes). Of course, as you might expect by turning on permadeath, you can’t manually save the game at any point. And should you be required elsewhere in your real life, quitting in a “dangerous position” is treated as a death.

All these improvements — permadeath, DualSense, and most of all, the graphical upgrades — come at a significant cost. The Last of Us Part I is priced Rs. 4,999/ $70, on par with a new PS5 release such as Horizon Forbidden West or the upcoming God of War Ragnarök. That seems ludicrous. For all the updates that Naughty Dog is offering here, this is still a remake of a nine-year-old game. It’s not a new title. What are Sony and PlayStation Studios smoking?

Sure, The Last of Us Part 1 is miles better than the PS5 remaster for Uncharted 4 and Uncharted: The Lost Legacy — that one cost Rs. 2,999 at launch — but then again, Uncharted: Legacy of Thieves Collection offered an upgrade route too. If you owned Uncharted 4: A Thief’s End, Uncharted: The Lost Legacy, or the combined digital bundle, you could jump over to the PS5 version for Rs. 500 / $10/ €10. Heck, even Ghost of Tsushima let you upgrade to its PS5 version for Rs. 2,497 — a tall ask, I must note — and it had extra content to offer as well, including a whole new island to explore.

The Last of Us Part 1 looks majestic on the PS5
Photo Credit: Sony/Naughty Dog

As it stands, The Last of Us Part I offers no upgrade strategy, not for the 2013 original and neither for 2014 Remastered edition. You must pay Rs. 4,999 to access it on the PS5 — an idea seems that even more bonkers when you consider what Sony’s biggest rival has been doing. (For what it’s worth, The Last of Us Part 1 is a more extensive upgrade than what Xbox has done. Naughty Dog has made the game again in some ways.)

Since the launch of the Xbox Series S and Series X, Microsoft has given us free 4K 60fps upgrades for the likes of Gears 5, Forza Horizon 4, and Halo: The Master Chief Collection. These are also included with its arguably-superior subscription Xbox Game Pass. On top of that, Microsoft’s Smart Delivery system means you can enjoy those titles as you move between Xbox and PC. Even if Sony backtracks and offers an upgrade path, The Last of Us Part I won’t be included in any of the new PlayStation Plus tiers. Not for a few years anyway. And when Part 1 arrives on PC — “very soon”, reportedly — all PS4 and PS5 players will have to pay full price for it, once more.

Sony’s approach is not only singularly money-minded in the release and distribution approach, but also why these remasters exist to begin with. While the PS5 release of Uncharted: Legacy of Thieves Collection was timed to the Tom Holland and Mark Wahlberg-led Uncharted movie, The Last of Us Part I exists to serve the upcoming TV adaptation starring Game of Thrones’ Pedro Pascal and Bella Ramsey. Originally expected in late 2022, the HBO series is now slated for an early 2023 debut.

As tends to be true with (successful) adaptations — both Bridgerton and The Queen’s Gambit put their respective books back on best-seller lists — Sony will expect to sell more of The Last of Us universe as the show premieres. And now, with the launch of this PS5 remake, it has a modern-day offering rather than a dated product. In a best-case scenario for Sony, customers will buy both a PS5 and the game. I can already imagine Sony trying to cash in with PS5 The Last of Us Part 1 bundles in 2023.

With more and more PlayStation games being turned into movies and TV shows, this seems to be the new future for studios whose properties are getting adapted. Naughty Dog’s 2021 and 2022 has been devoted entirely to remasters. There is a standalone multiplayer take on The Last of Us Part II in the works, but who knows how its development has been affected by these commercial pursuits. By the time it comes out, Naughty Dog wouldn’t have worked on a new entry in years.

Expect this to continue. With Sony expanding its mobile team, a Last of Us mobile spin-off is likelier than Part III at this stage. And if HBO renews The Last of Us for a second season, I suppose we will be seeing The Last of Us Part 2 for the PS5 and PC. Be ready to shell out Rs. 4,999.