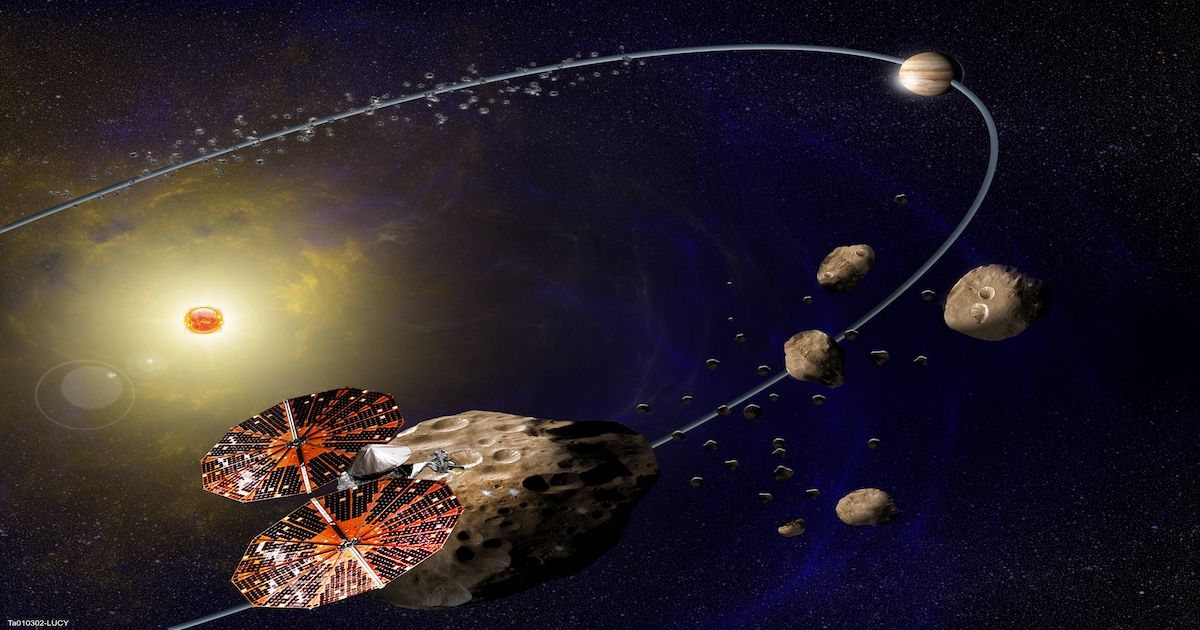 Lucy faced unexpected trouble when one of its solar arrays, which was supposed to unfurl like a hand fan, did not open. This caused tensions at the office back on earth as Lucy was intended to survive on solar energy while travelling afar from the sun.

Even though there was no camera pointed towards the solar array, NASA identified the problem by firing the thrusters of the spacecraft and studying how the solar array vibrated. After numerous hours of brainstorming, in which one of the team members actually sat with a hand fan to find solutions to the problem, the team identified the issue and employed solutions. A cord which was designed to pull Lucy’s massive solar array open was likely coiled around the spool.

The team identified two potential solutions to fix the stuck solar array: either deploy a motor to tug at the cord, or leave the array as is, since Lucy was not showing any anomaly up till then. The team decided to move forward with the first plan to tug harder on the lanyard by running the solar array’s back-up deployment motor at the same time as its primary motor.

Interestingly, both motors were not designed to work simultaneously, but the team simultaneously ran the primary and backup solar array deployment motors on seven occasions in May and June. They finally succeeded, pulling in the lanyard and allowing it to unfurl like it was expected to. Even though the solar array is still open between 353 degrees and 357 degrees as against 360 degrees for it to be in perfect position, it is stable enough to support Lucy for its long mission ahead.

The way ahead for Lucy

Before reaching its first target asteroid, Lucy will first complete three Earth flybys for gravity assist. For now, NASA is confident of Lucy completing its Earth gravity assist in October 2022 without any difficulty. Post that, the spacecraft will encounter seven asteroids and one other main rock between 2027 and 2033. Out of these seven, five Trojan asteroids are in the swarm that lead to Jupiter, and two in the swarm that trail the planet. The spacecraft is expected to arrive at the first asteroid out of the eight in 2025.