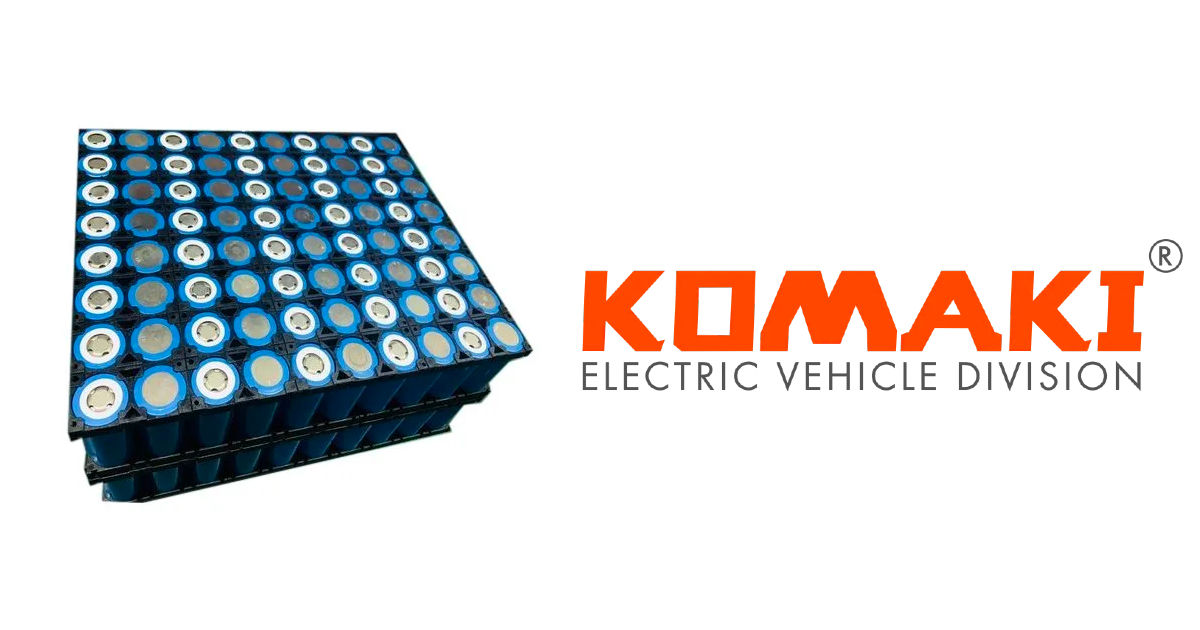 EV ownership in India is on the rise; however, quality and reliability developments are yet to keep pace with this fast adoption. Disparity in the R&D and usage growth has produced a gaping hole of fiery hazards that have engulfed dozens of e-scooters and e-bikes in the recent past. In a recent incident, a multi-brand dealership that also deals in Komaki EVs caught fire in Pune. The government also sent out show cause notices to three EV makers and has established a new stringent set of guidelines for EV makers.

The new Komaki batteries will adopt a lithium-ion Ferro phosphate (LiFePO4) configuration, which is theoretically more fire resistant than others thanks to the presence of Iron in the composition. However, this claim has not been verified by authorities yet.

Komaki will also reduce the number of cells in a battery pack by one-third portion. This will reduce the cumulative heat produced in the battery. This, according to the company, should enable the battery to get a higher life cycle of 2500-3000 as compared to 800 life cycle in NMC (nickel, manganese, and cobalt) batteries.

By reducing the number of components, Komaki also aims to make it easier for service providers to work with the vehicle in a safer manner. Risks of transit damage are also greatly reduced. Komaki has coupled this with a new active balancing mechanism that balances the cells in the battery repeatedly in short intervals of time.

There will also be a partner application on a companion smartphone. This, along with the onboard sensors, will monitor the battery health actively and will alert the user and dealership about any suspicious behaviour at the earliest. This application can test up to 250 batteries at a time and can do it repeatedly at intervals that measure in seconds. All these technologies and alterations combined are expected to reduce the chances of a fire hazard by a substantial margin.

The alterations in the power bank of an e-scooter indicate an altered riding range. However, if the company’s claims are to be believed, then one can expect the battery pack to last up to 300km, as on the Komaki Venice, and will vary on which model of two-wheeler the battery pack is being implemented, among other factors. The Komaki SE and TN95 now get a claimed range of 180km on a single charge.