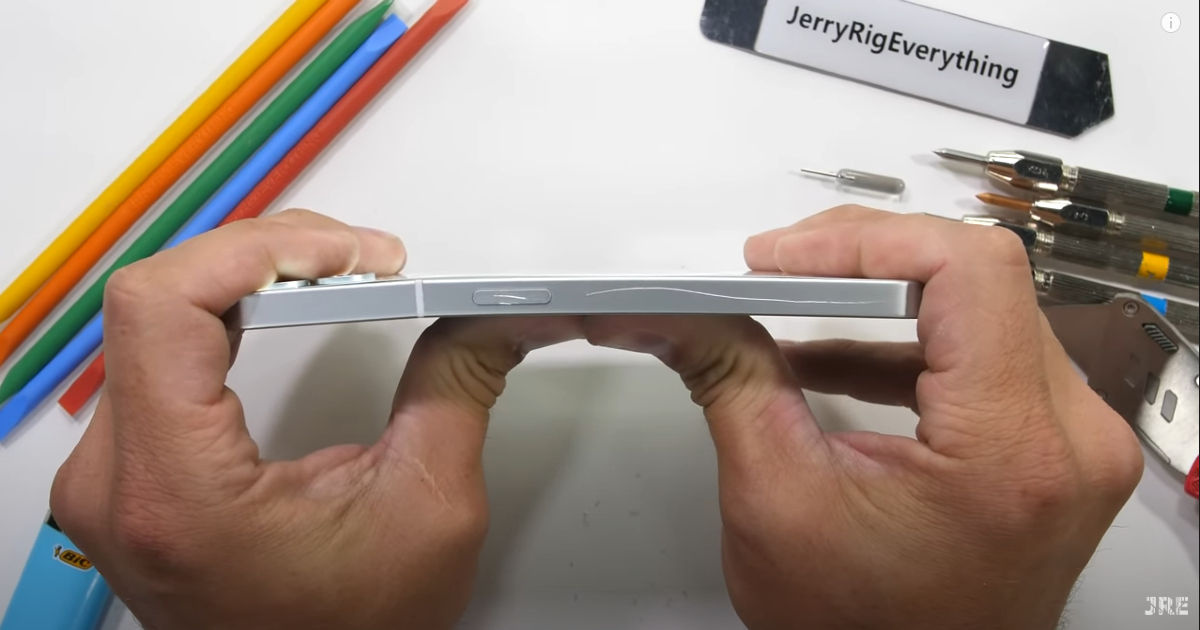 Popular YouTuber, JerryRigEverything, who is known for his durability and teardown videos, has done a durability test of the Nothing Phone (1) and the results show it’s built like a tank.

Nothing Phone (1) has an iPhone 12/13-inspired design with squared edges and symmetrical bezels on all corners. The phone comes in two colours: Black and White. The side frame is entirely made of recycled aluminium, including the buttons. It can get scratched by sharp objects. This is what makes the phone sturdy and premium. There are 5G antenna lines on the sides, with a white colour accent. The volume rocker is on the left, while the power button is placed on the right edge.

The front and back of the phone are of glass. The durability test shows the front glass gets scratched at level 6 and with deeper scratches at level 7. This is very much expected from glass. With the fire test, the screen was able to withstand without burn marks until 40 seconds and post that, it was able to recover those pixels as well.

The real test of the phone is its durability. This is where we see some interesting results. Thanks to the aluminium body, the phone doesn’t easily bend or break in half but there’s a twist. The phone has a weird flex when bending from the front around the antenna band line. We hear some creaking sound, hinting that it might break in half but that doesn’t happen in the video.

This creaking sound doesn’t happen when trying to bend from the back side. It appears that there’s a strong mechanism internally that is holding the phone together from breaking. Fortunately, though the phone flexes it doesn’t entirely bend. The Nothing Phone (1) passes the durability test.

It’s probably a good thing to know that the Nothing Phone (1) doesn’t break easily as a separate video shows the phone is difficult to repair.

Moving to optics, the Nothing Phone (1) has a dual rear camera setup on the back, with a 50MP Sony IMX766 primary sensor with OIS and EIS image stabilisation and a 50MP Samsung JN1 ultra-wide lens. There is a 16MP Sony IMX471 sensor on the front for selfies and video calls.