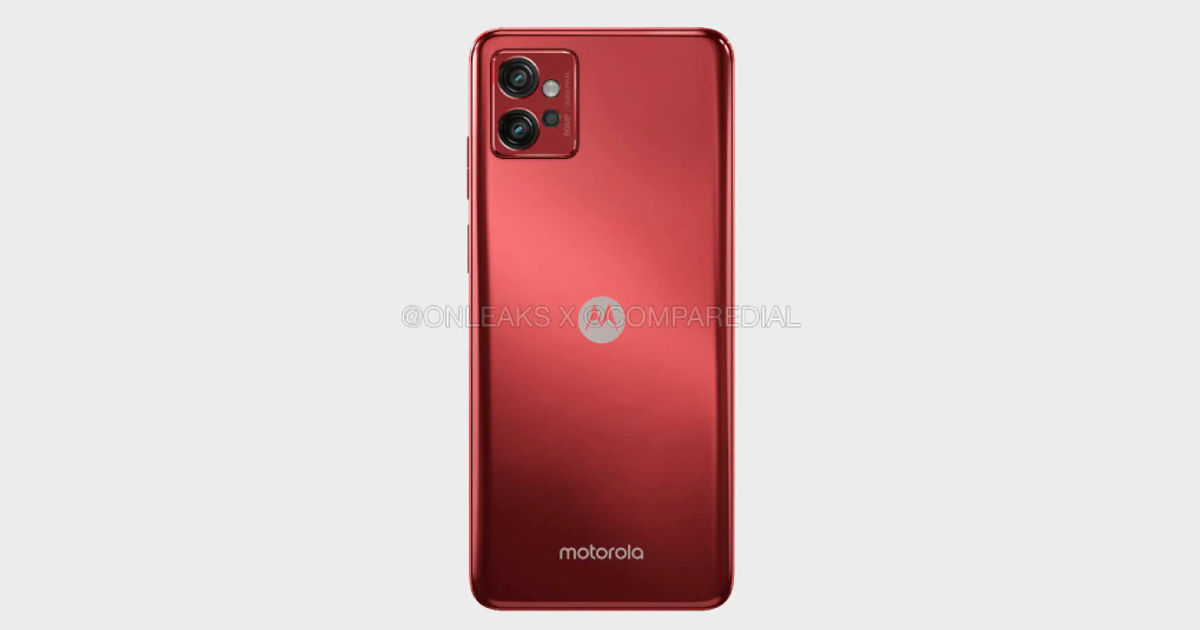 In what is being called a batch of official design renders, the Moto G32 looks very similar to the live images that made it to the internet couple of days back. The Moto G32 has now also been imagined in a shade of red and black, in addition to the silver and grey variants that surfaced earlier.

As most of the design is very similar to the images leaked ahead, the positioning of different hardware components remains the same. The display panel makes way for the hole punch cut out for the front camera, and there is a chin at the bottom. Around the back, the triple camera set-up is situated on a slightly raised camera bump at one corner.

The Moto G32 will get a 3.5mm headphone jack, a USB Type C port, a speaker grille and sim card tray, volume rockers and a power button around the sides. The back panel also hosts the Motorola logo, which doubles up as a fingerprint sensor.

The Moto G32 is expected to come with a 6.5-inch IPS LCD display with HD+ resolution and a 90Hz high refresh rate. Some rumours also suggest that the Moto G32 will be using the Unisoc T606 chipset and will couple it with up to 4GB of RAM and 64GB of storage. It will draw power from a 5,000mAh battery pack and could also get 33W fast charging. The device will also get a triple camera setup with a 50MP primary shooter, an 8MP ultrawide sensor, and a 2MP macro shooter.

The Moto G32, when launched, could be priced around Rs 10,000 and could be offered in multiple colour options.