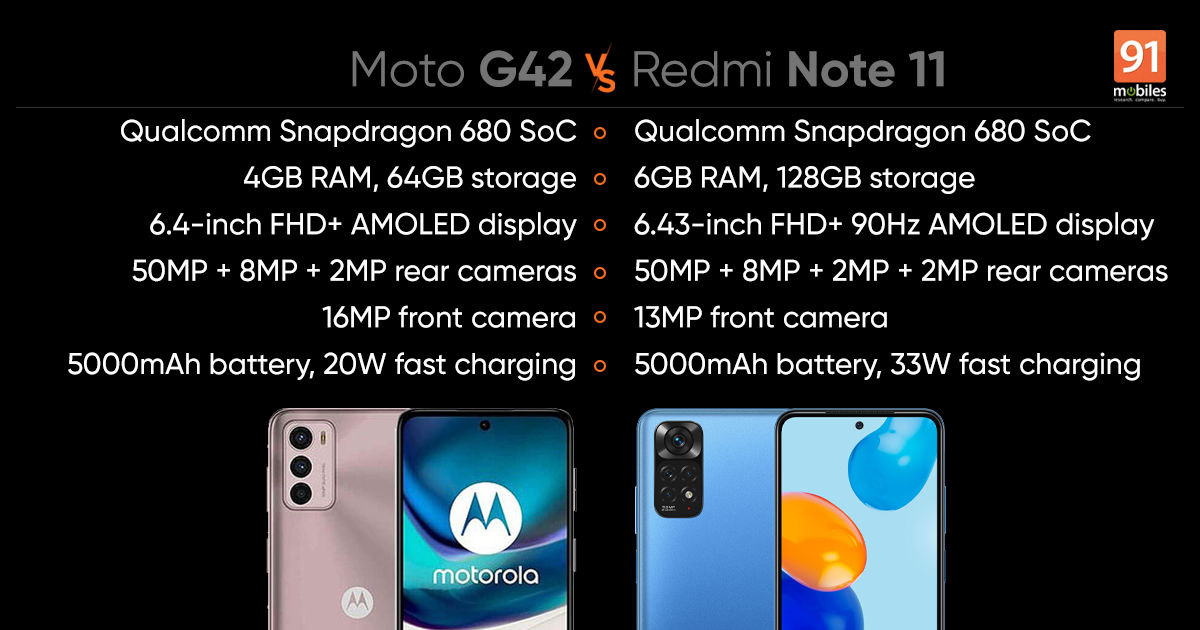 On July 5th, Motorola introduced the Moto G42, its latest sub-Rs 15,000 smartphone in India. The device enters a hotly contested price segment that is incidentally also among the most in-demand price segment for smartphones in India. Naturally, it goes up against a number of popular smartphones in this category, which includes the Redmi Note 11 from Xiaomi. The G42 itself belongs to the Moto G series, which once played a key role in establishing the mid-range smartphone category in India.

Could the Moto G42 be a good option for you to buy among sub-Rs 15,000 smartphones in India? Or is it trumped by competition such as the Redmi Note 11? We break it down for you.

The Moto G42 is available in only one RAM and storage variant in India – with 4GB RAM and 64GB storage. The company has priced the smartphone at Rs 13,999, and it will be available on Flipkart starting 12PM on July 11th. It will also be available at Motorola-authorised offline retail outlets. Interested users can get the phone in Atlantic Green and Metallic Rose colour options as well. During the same, buyers would get an additional Rs 1,000 off through SBI credit cards.

The Moto G42 comes with a chunky design, thanks to its flat sides and slightly bevelled rear panel. The design isn’t too loud or exciting, and the rear camera module is slim. The rear does have a reflective finish, which adds a slight zing to the otherwise muted design of the phone. To the front, the bezels are standard, although the chin is quite thick. The front camera drill-hole is aligned to the centre. The device is 8mm thick, and weighs 175 grams. 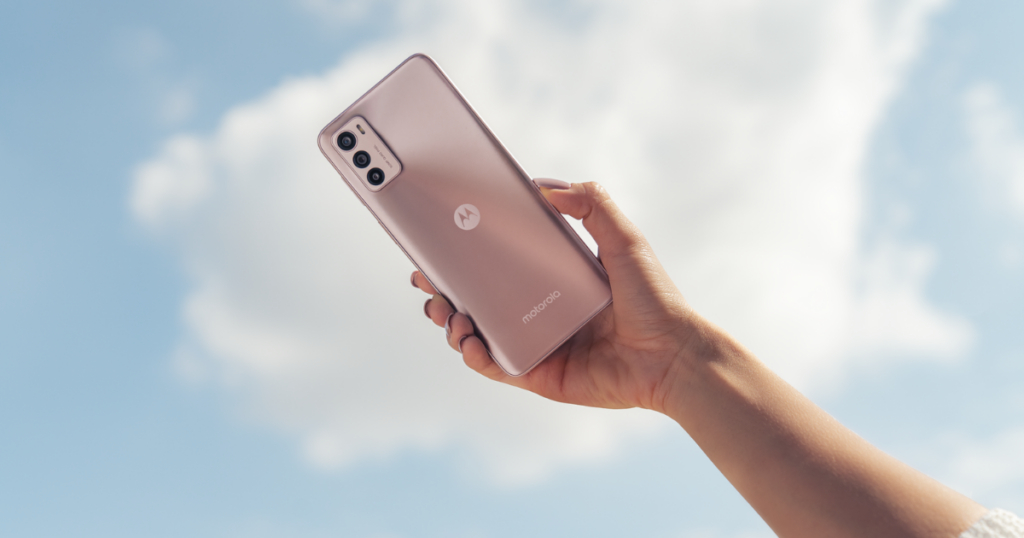 The Redmi Note 11 carries a near identical design language to the Moto G42, with flat sides, buttons to the right, and a slim camera module to the top-left of the rear. However, it offers a muted, non-reflective rear finish instead. The bezel sizes are about the same on both, as is the front camera placement. The device measures 8.09mm in thickness, and weighs 179 grams.

The Moto G42 is powered by a Qualcomm Snapdragon 680 SoC, which is a mid-range chipset with 4G connectivity in tow. This is paired with 4GB RAM and 64GB storage, while there is also a dedicated memory card slot for expanding storage by up to 1TB.

The Redmi Note 11 uses the same Snapdragon 680 SoC for performance, but comes with up to 6GB RAM and 128GB internal storage options. It also gets a dedicated memory card slot for up to 1TB additional storage space.

The Moto G42 comes with a 6.4-inch AMOLED panel, offering a 20:9 full HD+ display. However, the latter does not get fast refresh rate, and instead offers a standard 60Hz panel instead. 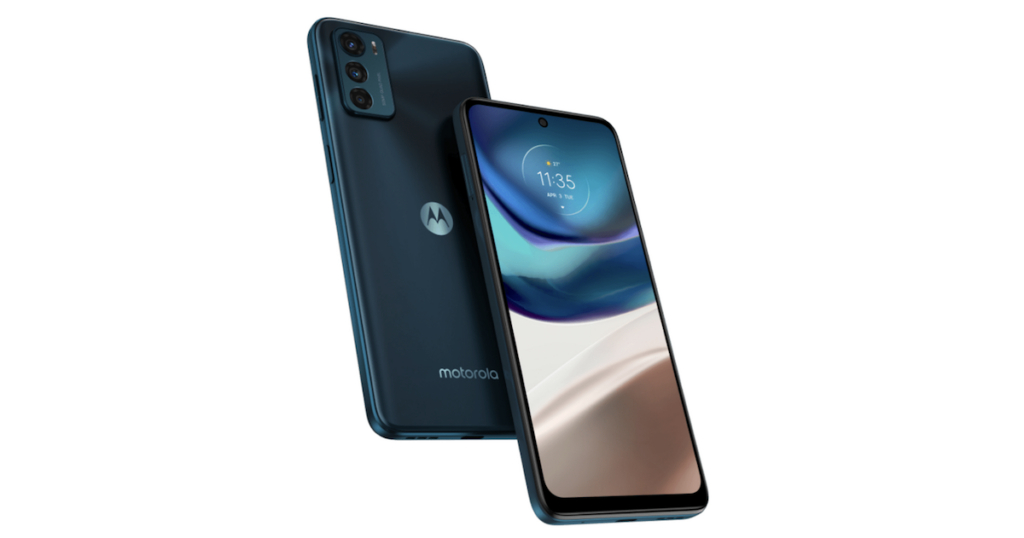 In comparison, the Redmi Note 11 gets a marginally larger display, using a 6.43-inch AMOLED panel instead. It also offers full HD+ screen resolution, but additionally comes with 90Hz refresh rate for smoother rendering of visuals. 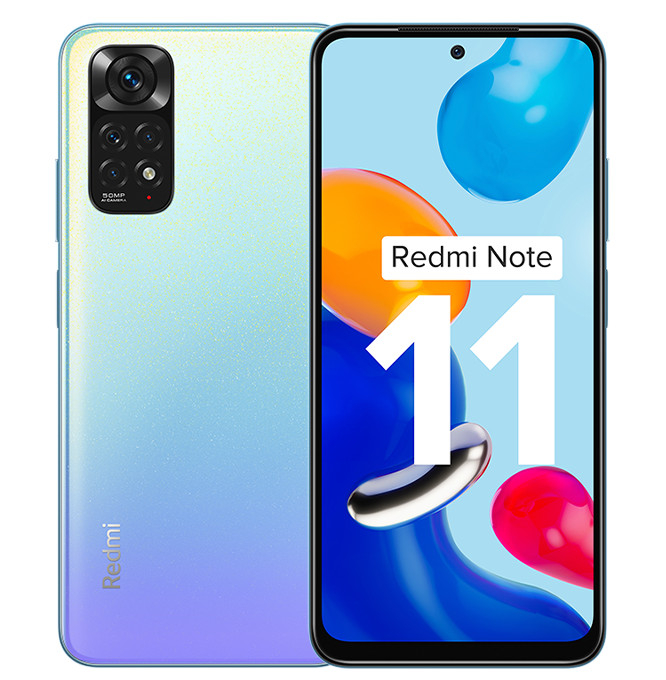 The Redmi Note 11 has one extra unit, thus housing a 50MP quad rear camera setup. It also gets a 13MP front camera, and both the camera units can record full HD videos at 30fps.

The Moto G42 comes with a 5,000mAh battery that offers 20W fast charging, and uses a USB-C port for charging.

While the Redmi Note 11 has the same battery size, it offers 33W fast charging instead through its USB-C port.

With these factors in consideration, the Redmi Note 11 pips out the Moto G42 as the better smartphone to buy of the two at under Rs 15,000 in India.