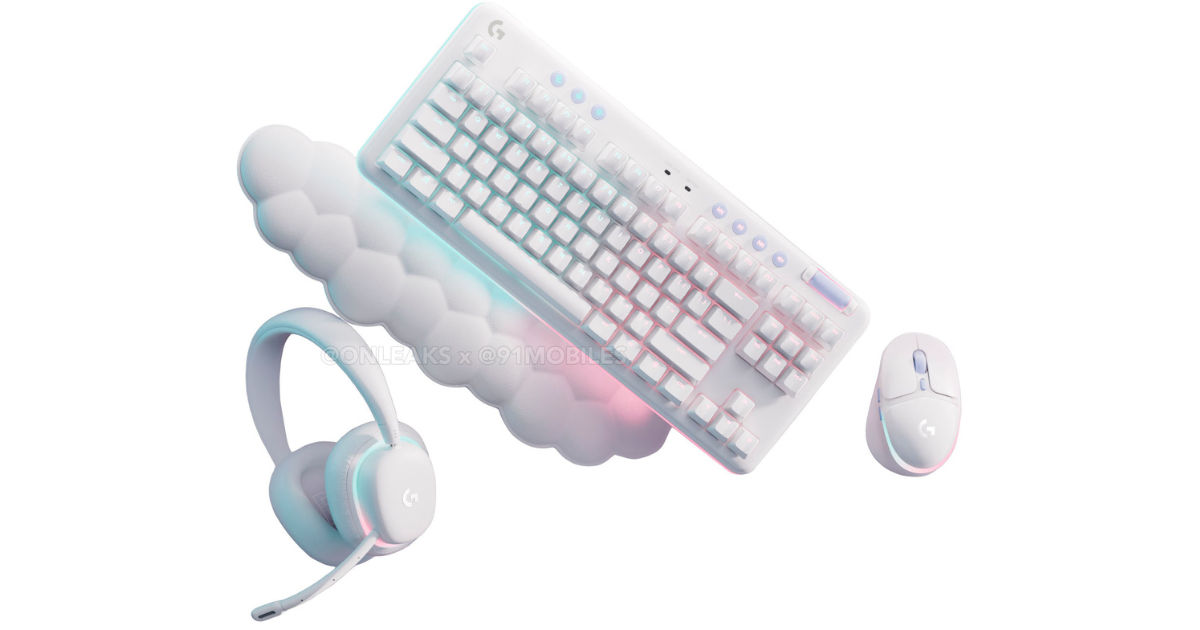 The Logitech Aurora G705 is a small-sized wireless mouse that comes with an Ambi shape and houses six total buttons, including a standard left-click, right-click, and a scroll wheel. And additionally, it has a DPI shift button below the scroll wheel and two side buttons that can be used to go back and forward in a web browser or can be assigned for a specific game function.

Since the mouse is small-sized, it might not be suitable for claw-grip players. The Logitech Aurora G705 comes in a white colour option and has RGB lighting at the bottom-end, below a Logitech logo.

The Logitech Aurora G713 TKL (TenKeyLess) is a 88 keys keyboard, which means we don’t get a number pad with this keyboard. It is a wired keyboard with a cable attached to the upper-left side. The function (F1, F2, etc.) keys don’t come with a label of their functionality because the F-key macros are programmable, so you can name, assign, and create a function for each function key. For the standard media control, it has a dedicated forward, pause/play, and mute keys on the top right corner, next to a dedicated scroll wheel.

The Logitech Aurora G735 headset is wireless gaming headphones with long microphone steam on the left. The headsets come with RGB light support. It has a 3.5mm headphone jack, USB Type-C port for charging, a power on/off button, a Bluetooth pairing button, and a wheel to control the volume. The Logitech Aurora G735 headset has a Logitech logo on both sides and comes in a White colour option and three earcups colour options – Pink, Green, and White. You also get a White Bluetooth dongle with G735 branding and an LED indicator with the headset.