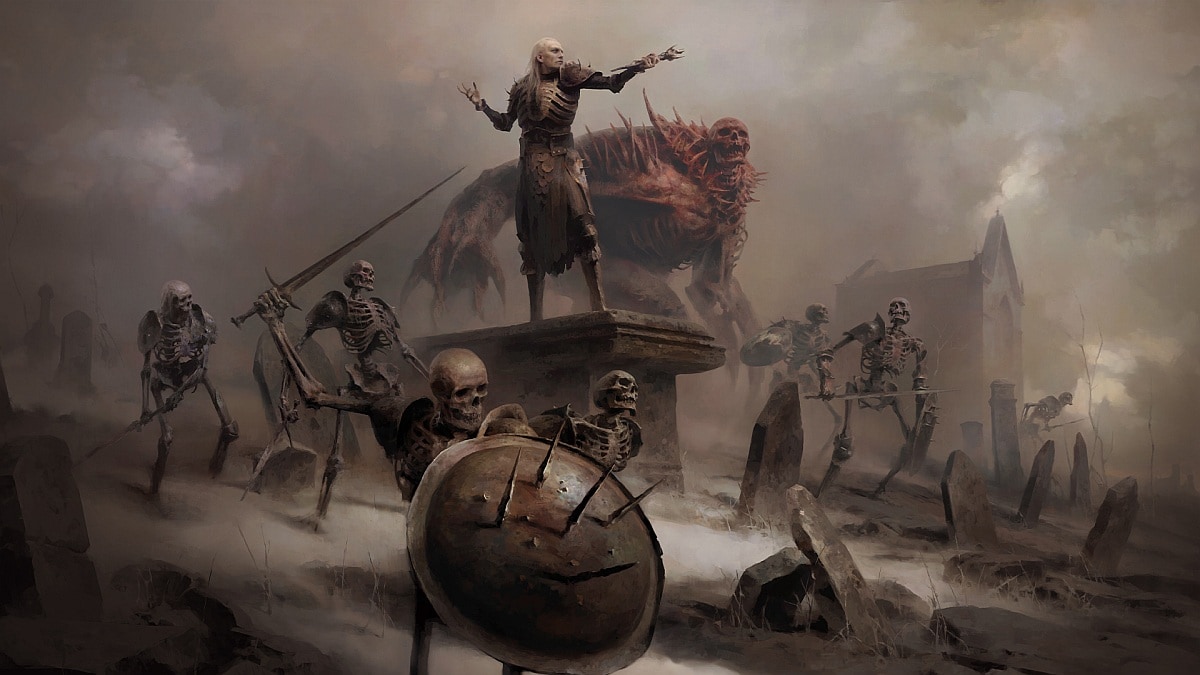 Diablo IV — Blizzard’s next instalment in its popular dungeon crawler action RPG series — will be released in 2023, the publisher revealed on Sunday. Gameplay for the upcoming Diablo game was revealed during the Xbox & Bethesda Games Showcase 2022. Diablo 4 will be available on PS5 and Xbox Series S/X, along with support for PC and previous generation consoles (in PS4 and Xbox One). The publisher also shared details of character customisation, social systems, and endgame options along with the gameplay trailer. Diablo IV will also include the Necromancer class, and will support cross-play and cross-progression for all platforms, according to Blizzard.

During the Xbox & Bethesda Games Showcase 2022, the gameplay trailer for Diablo IV was revealed by Blizzard, showing off various aspects of the upcoming game. Blizzard’s fourth instalment in the Diablo series will introduce its fifth playable class — the Necromancer — a legendary character, also known as the Priest of Rathma, that can summon (and command) the undead in battle. Diablo 4 will also let you play as the Barbarian, Druid, Rogue, and Sorceress. The Diablo 4 trailer also provided a glimpse at the character customisation options, and Blizzard says that players will also be able to make choices for Skill Trees in each class.

While exploring the world of Sanctuary in Diablo IV, you can take advantage of the open world design to travel across mountain ranges, canyons, plague lands and other biomes — each area built for combat. Diablo 4 will feature the familiar top-down action found on previous Diablo titles. Gamers will face off against Lilith, Queen of the Succubi and the Daughter of Hatred. Her minions have captured several locations across Sanctuary called Strongholds, which can be cleared out to access new dungeons — Diablo IV will feature almost 150 detailed dungeons.

Diablo IV will feature both player vs environment (PvE) and player vs player (PvP) experiences, allowing you to team up with other heroes, irrespective of their level or platform or story progression, to tackle the demons of Sanctuary — with rewards for playing together. In Diablo 4, you can also mark yourself as “hostile” and face off against other in Mephisto’s cursed areas across Sanctuary, to earn valuable loot. You can also take advantage of cross-play and cross-progression across platforms, while console gamers can also fight together in couch-co-op mode on Diablo 4.

Blizzard also announced that the Diablo 4 endgame will offer players a choice of several activities and customisations. These include Nightmare Dungeons with enhanced dangers and added difficulty, and the Tree of Whispers which features cycling world objectives with rewards of Legendary gear, experience, and crafting materials. You can also unlock the Paragon Board when they reach max level, to customise their hero’s build even further, according to the publisher.