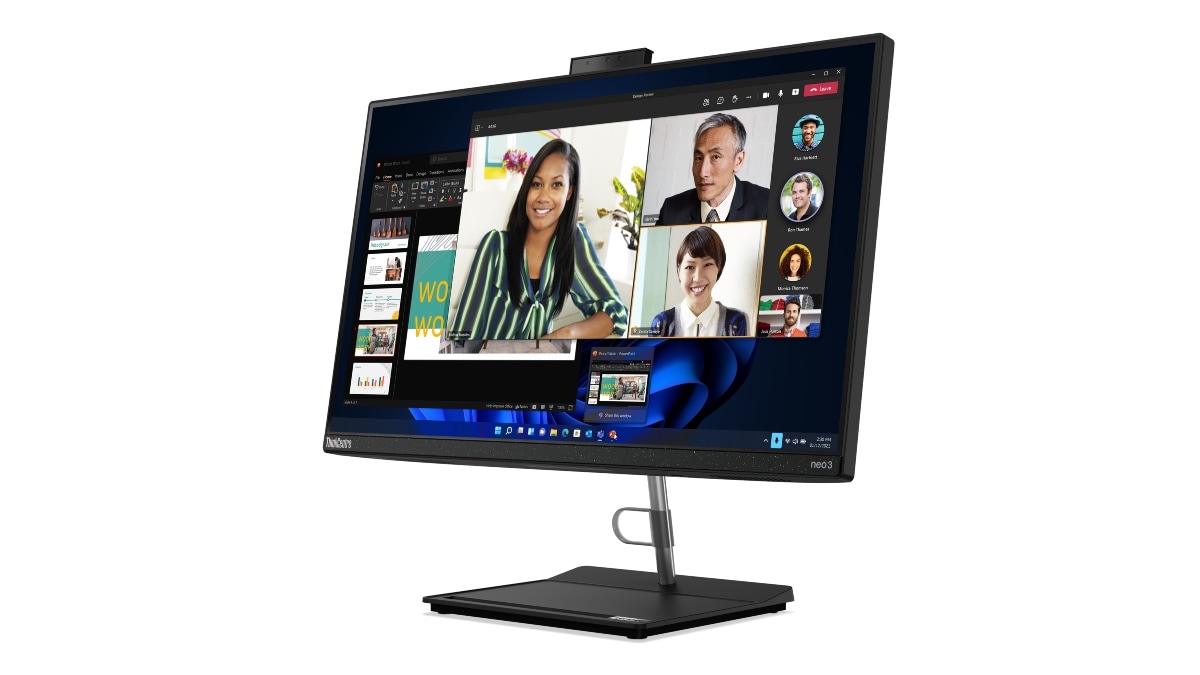 These new Thinkcentre Neo desktops can be currently ordered through local Lenovo sales teams in India. This lineup was initially introduced in January at CES 2022.

The Lenovo Thinkcentre Neo 50s has a space-saving design. It can pack up to 12th Gen Intel Core i9 processors along with integrated Intel Xe Graphics. It supports Windows 11 Pro and Windows 11 Home operating systems. It can be equipped with up to 64GB of DDR4 RAM. In terms of storage, the Thinkcentre Neo 50s can house up to 2TB of SATA SSD/ HDD storage and up to 1TB of PCIe SSD storage. This desktop is said to measure 100x308x274mm in dimensions and weigh 4.5kg. Its chassis is Raven Black in colour and the bezels are in Business Black.

This tower desktop can be powered by up to 12th Gen Intel Core i9 processors paired with Intel UHD Graphics 770. It is compatible with Windows 11 Home/ Pro operating system. It features a UDIMM slot which is compatible with up to 64GB of RAM. The Thinkcentre Neo 50t packs a 3.5-inch HDD with 1TB of storage. It is supposed to be 145x294x340mm in dimensions and weigh 5.5kg. This desktop sports a Black chassis with Grey Bezels.

The Lenovo Thinkcentre Neo 30a 24 is an AIO desktop that features a 23.4-inch full-HD (1,920×1,080 pixels) with 250 nits of brightness and a 60Hz refresh rate. It has an anti-glare panel with a borderless design. Under the hood, it can pack up to 12th Gen Intel Core i7 processors. It supports Windows 11 Pro/ Home operating systems. Its SODIMM slot can support up to 16GB of DDR4 RAM. For storage, the Thinkcentre Neo 30a 24 has slots for up to 1TB of 2.5-inch HDD storage and up to 1TB of M.2 PCIe SSD storage. There is a retractable HD camera on the top and dual microphones. This AIO desktop is also fitted with two 3W speakers that are tuned by Harman.