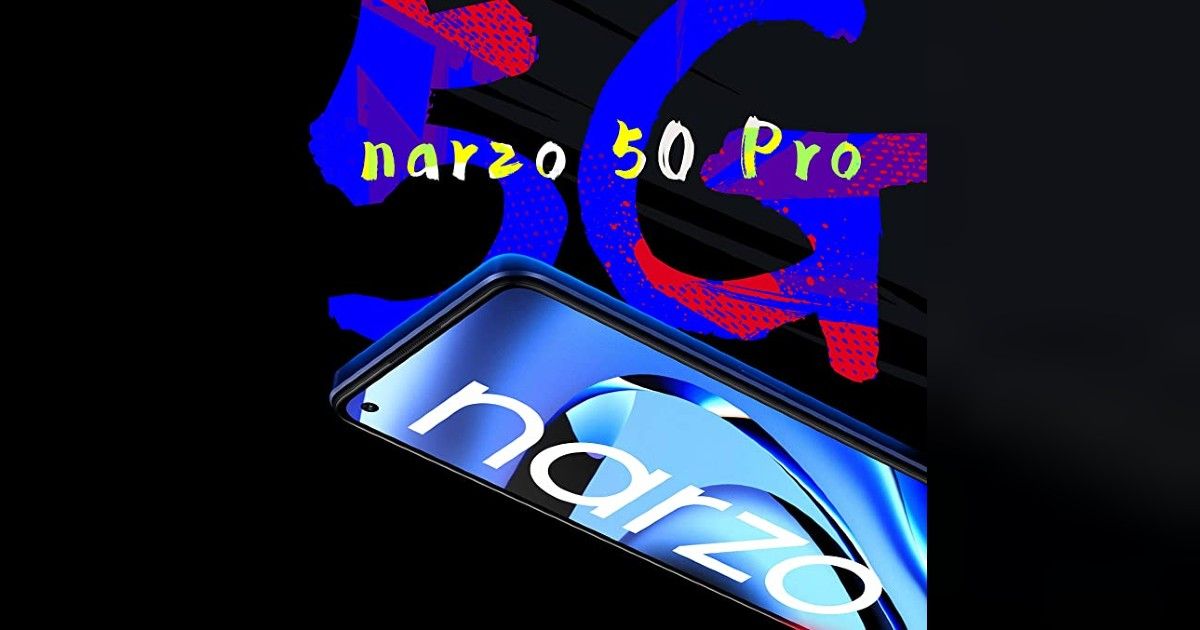 The Realme Narzo 50 5G series will officially launch in India on May 18th, reveals the company’s official website. Realme is also giving out free gifts to anyone who subscribes to the launch event. That said, the first sale of the Narzo 50 5G series is scheduled for May 24th on Amazon.in.

Indian tipster Paras Guglani reports that the Realme Narzo 50 Pro 5G price in India will be around Rs 22,000. He further claims that the handset will rock a triple rear camera setup consisting of a 48MP primary sensor, 8MP secondary and 2MP tertiary sensor. There could be 16MP snapper on the front for selfies and video calling. While the Narzo 50 Pro 5G is speculated to sport a 90Hz 6.58-inch display of AMOLED variety with FHD+ resolution, the tipster claims that it will be a 6.4-inch panel.

Under the hood, the handset is said to be powered by a MediaTek Dimensity 920 processor paired with up to 8GB RAM and 128GB storage onboard. The phone is likely to run Android 12-based Realme UI 3 out of the box and sport a 5,000mAh battery with a 33W fast charging solution.

As for the Realme Narzo 50 5G, the handset is said to be priced at around Rs 14,000. The handset is likely to feature a 6.6-inch FHD+ display, MediaTek Dimensity 810 5G SoC under the hood, a 5,000mAh battery, 4GB/ 6GB of RAM, and 128GB storage onboard. The phone will sport a dual rear camera setup, which may sport a 48MP primary sensor and a 2MP secondary sensor. Up front, the Narzo 50 5G could rock an 8MP snapper for selfie and video calling. Lastly, the handset will reportedly be driven by a 5,000mAh battery.