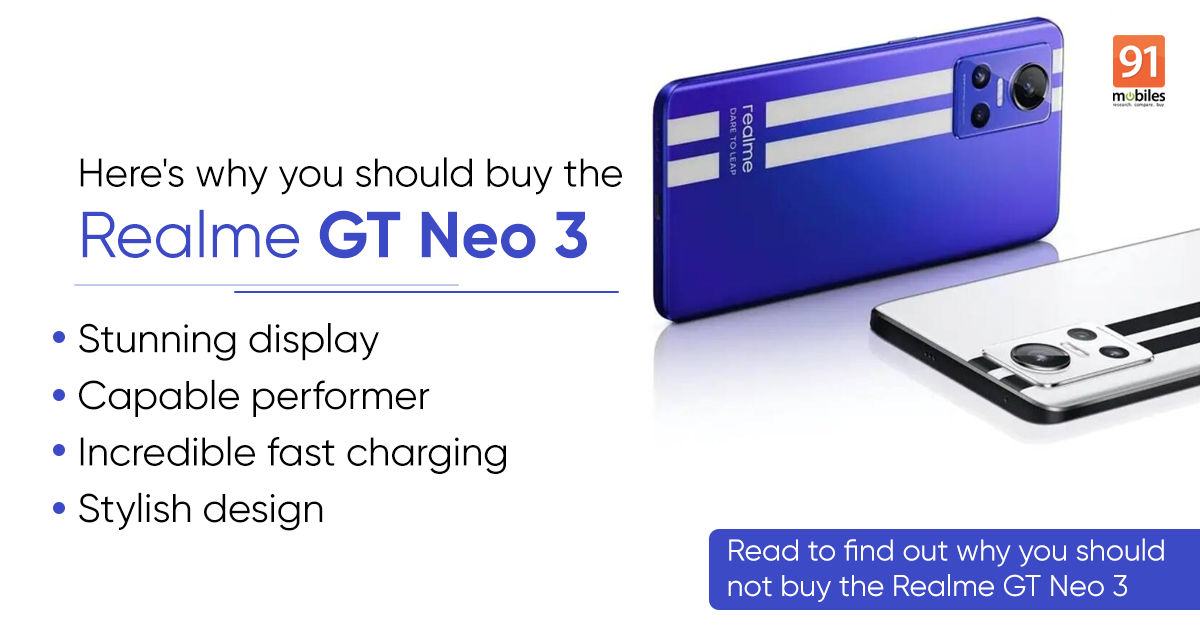 Realme GT Neo 3 launched in India last week as one of the first phones with 150W UltraDart charging support and the MediaTek Dimensity 8100 chipset. The GT Neo 3 had to fill in big shoes since it comes as a successor to the GT Neo 2 that was well-received thanks to the top-end specifications like the Snapdragon 870, 120Hz AMOLED display and 65W fast charging. The handset brings improvements in terms of specifications and design-wise as well, thanks to the unique GT racing stripes.

We have already reviewed the phone and found it to be pretty impressive, mostly due to its stunning display, camera, mind-blowing charging speeds and overall aesthetics. However, this doesn’t mean the phone doesn’t have any flaws. In this story, we tell you 4 reasons why you should buy the GT Neo 3 and 3 reasons not to buy it. 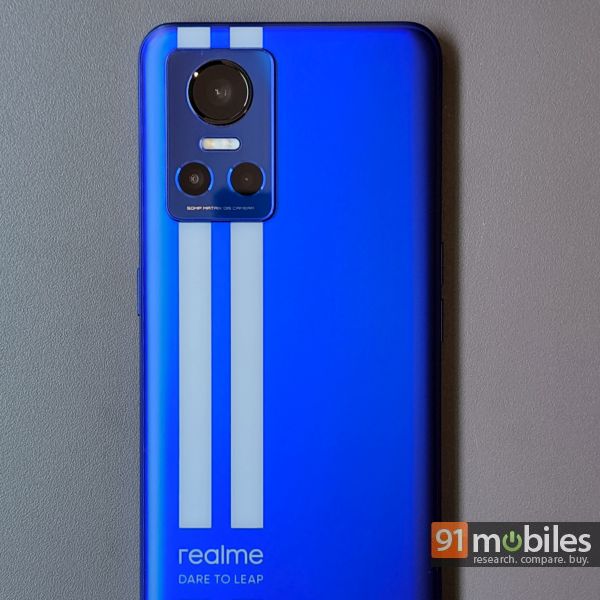 Stylish Design: Design is a subjective case. The GT Neo 3 comes with a unique back panel design that is inspired by GT racing. It has stripes with slightly curved edges for a comfortable grip on hands even after extended usage. Among white and Black, the new Purple colour option looks unique and is an instant eye-pleaser.

As we said in our review, it doesn’t come across as gaudy or tacky. The white racing stripes complement the purple hue quite well. The phone has a combination of glass and metal build but that doesn’t mean, it’s heavy as the phone weighs just 188 grams.

Capable performer: The Realme GT Neo 3 is powered by the MediaTek Dimensity 8100 chipset, which is the latest SoC and is on similar lines as the Qualcomm Snapdragon 870/888. The performance in day to day tasks is quite impressive with occasional to no lags whatsoever. The device wasn’t heating as well thanks to its vapour cooling system that dissipates heat admirably.

The chipset is paired with 8GB/12GB LPDDR5 RAM and 128GB/256GB UFS 3.1 storage. The phone boots Android 12 OS out of the box. All that glitters isn’t gold, meaning there’s a downgrade to the MediaTek Dimensity 8100. Read along to know.

There’s another version with 80W fast charging and a 5000mAh battery. This is too quite fast for a phone. Buy either of the models, you are guaranteed incredible charging speeds.

Stunning display: The Realme GT Neo 3 sports a 6.7-inch FHD+ AMOLED display with a 120Hz refresh rate, a 1000Hz touch sampling rate, a 10-bit panel, and a punch-hole cutout for the selfie snapper. The Realme GT Neo 3 ships with a dedicated display processor that can increase a game’s FPS by means of frame rate interpolation. 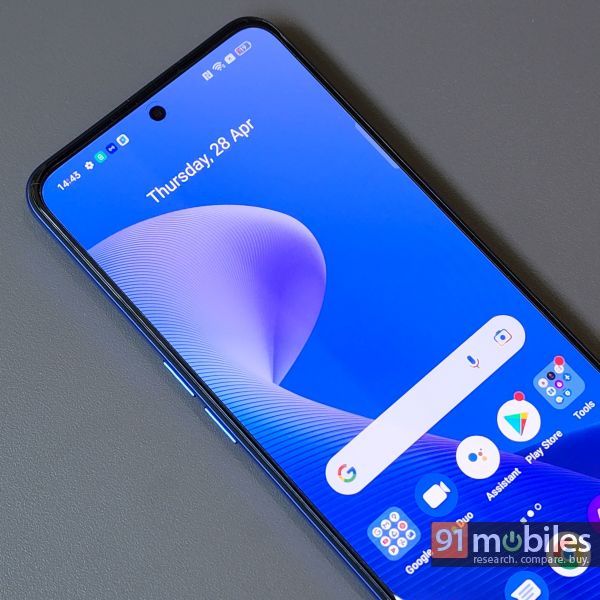 Games need optimisation: Realme GT Neo 3 is one of the first to come with MediaTek Dimensity 8100 chipset. While this was positive with regards to performance, there’s a downside as we mentioned above. The handset has enough power to play any game thrown at it but since the chipset is new, popular games like BGMI and COD aren’t properly optimised. Just to clarify, the games run fine but the graphics are set to low and the frame rates are just in the range of 30 fps and not 90 which most gamers seem to prefer. 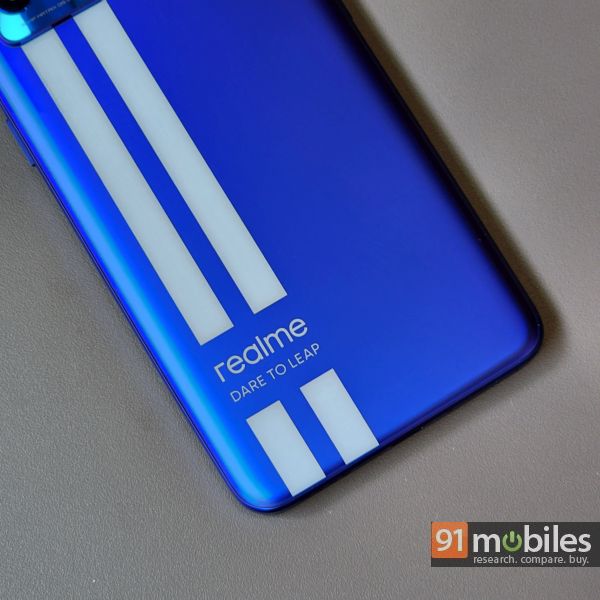 There are even ads on the lock screen in the form of a glance app. While most of these can be uninstalled and disabled, how many regular consumers buying the phone would be aware of the steps. All this negates the phone from being called a premium model despite being on.