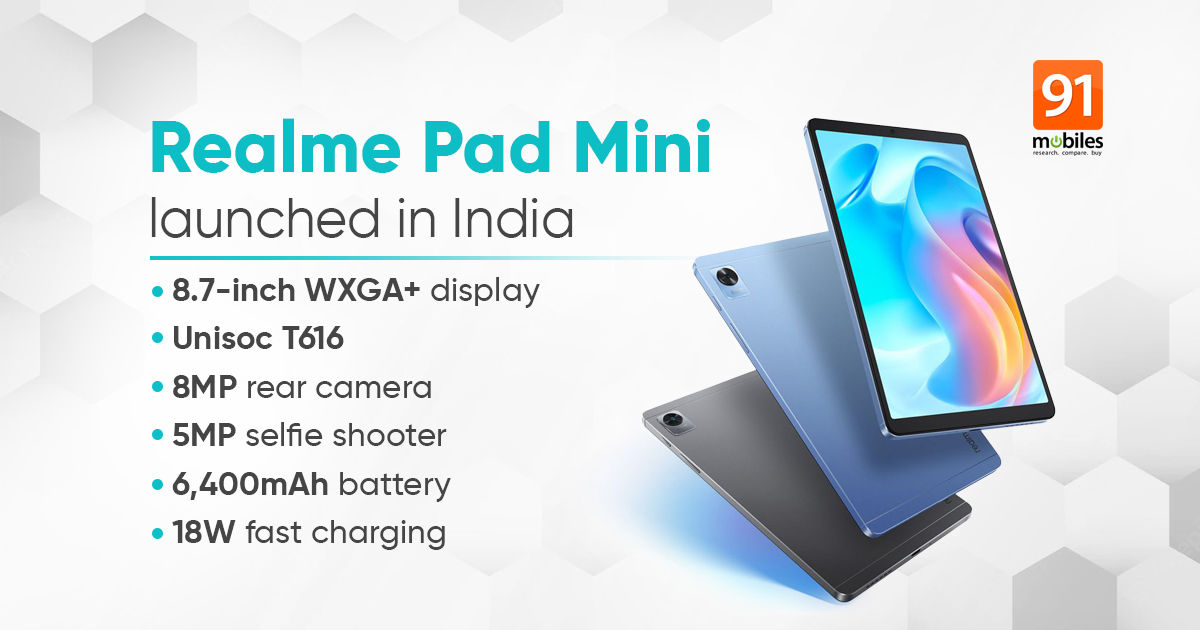 Key specifications of the Realme Pad Mini include an 8.7-inch display, Unisoc T616 chipset, up to 64GB storage, Android 11-based Realme UI for the Pad skin, and 18W fast charging support.

Realme Pad Mini sports an 8.7-inch WUXGA+ LCD display with a 1340×800 pixels resolution and 84.59 percent screen-to-body ratio. It is powered by the Unisoc T616 octa-core 12nm chipset paired with a Mali-G57 GPU. The tablet comes in two versions: 3GB+32GB and 4GB+64GB model and boots Android 11-based Realme UI for the pad.

The tablet has thick bezels above and below the screen. It measures 211.8×124.5×7.59mm and weighs 372 grams. The internal storage is further expandable via a microSD card up to 1TB. Connectivity options include 4G LTE, dual-band Wi-Fi, Bluetooth 5.0, GPS, GLONASS, and a USB 2.0 Type-C port. It is equipped with dual speakers and a single microphone.

The Realme Pad Mini packs a 6,400mAh battery with 18W fast charging and reverse charging support. As for the cameras, the tablet packs a single 8MP primary camera on the back and a 5MP snapper on the front for selfies and video chats.