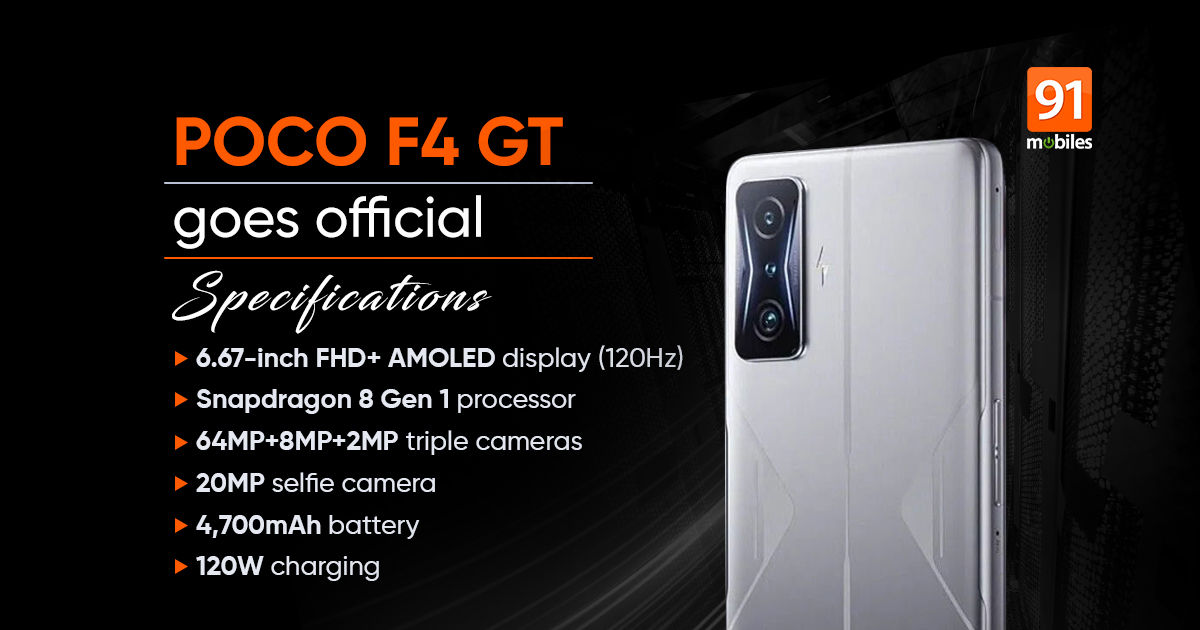 The POCO F4 GT seems to be a rebranded version of the Redmi K50 Gaming Edition that debuted in China. It also comes as a successor to the POCO F3 GT that was launched in India. This suggests that the POCO F4 GT India launch could be imminent.

The POCO phone looks similar to the Redmi phone in the design department, with magnetic pop-up shoulder triggers for gaming. The triggers can also be used for other functions such as camera and flashlight. The POCO F4 GT features a centred hole-punch camera and a rectangular rear camera module to house a triple camera setup.

POCO F4 GT comes with a triple camera setup at the back, featuring a 64MP primary camera, an 8MP ultra-wide-angle lens, and a 2MP f/2.4 macro camera. A 20MP camera on the front takes care of selfie needs. POCO F4 GT runs Android 12-based MIUI 13 out of the box. It has a side-mounted fingerprint sensor for security, and a quad-speaker setup.

The POCO F4 GT comes with LiquidCool Technology 3.0. It separates two major heat sources in the smartphone: SoC and charging ICs. Two vapour chambers are located on top of these heat sources to cool the phone. Third, we have a copper block replacing the silicon grease which acts as a heat-conducting medium. There’s also an aerospace white graphene covering the antennas.