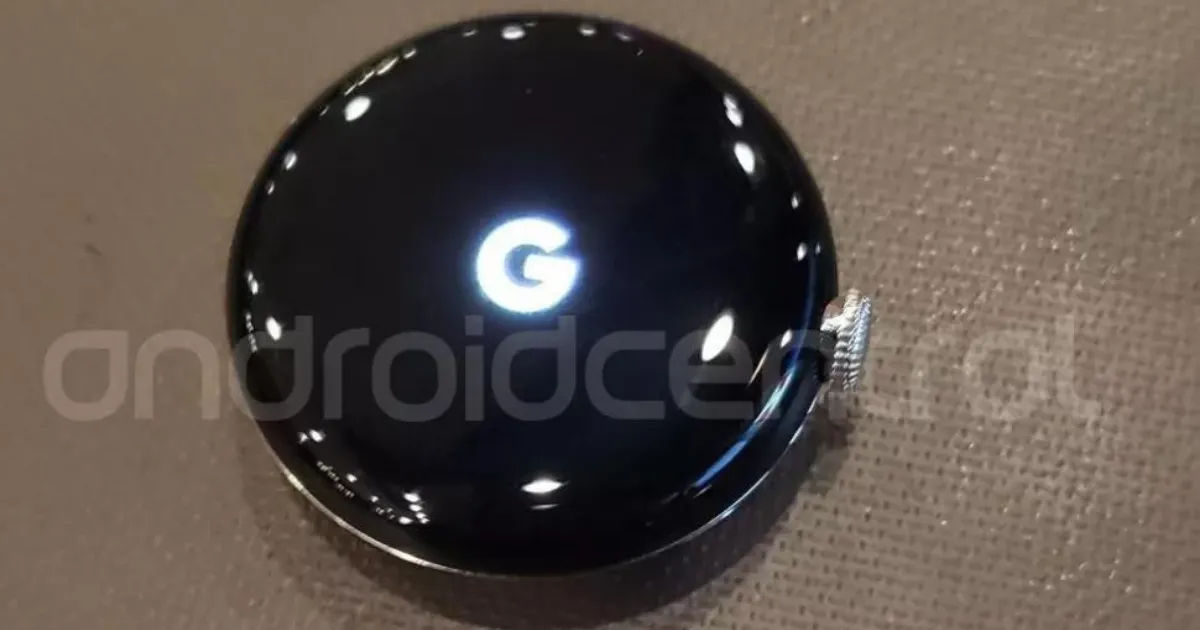 Apparently, a Google executive who was probably field testing the Google Pixel Watch, left it intentionally or unintentionally at a restaurant. Eager tech enthusiasts then clocked real-life images of the product and shared them with Android Central. Interestingly, a similar incident had happened with the then-unreleased iPhone 4, when a field tester had left it at a bar and images were subsequently shared online.

The alleged live images of the Pixel Watch show only the body without any bands at a restaurant. The source claims it to be “a testing model for the Internal Pixel team.” As evident, the watch looks minimal with slim bezels and silver accents. The crown is on the right edge and seems to be made of stainless steel. There’s a tiny button beside the crown and it could be used for selection or other UI elements.

The Google Pixel Watch is codenamed ‘Rohan’ and is expected to launch at Google I/O this year. The watch is said to feature calling functionality and integration of maps. It is said to arrive with 20 different style straps at launch and could be expanded later.

The Google Pixel Watch launch date hasn’t been exactly revealed and it remains to be seen whether the Watch will debut in India as well.