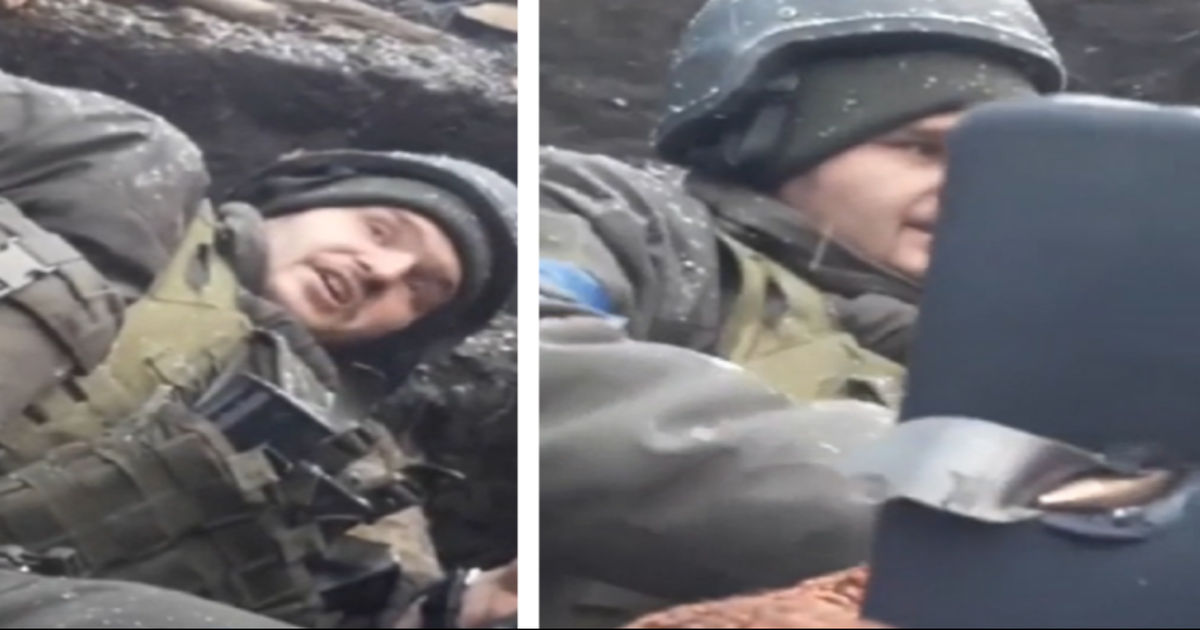 In the video, the 7.62 mm bullet remains lodged in the phone and the soldier tells his colleague “…smartphone saved my life.” The soldier is seen in the trenches as sounds of gunfire and explosions are heard in the video.

It is unclear which brand of smartphone it is, but users are speculating it could be a Samsung device. Other users on Twitter and Reddit made jokes around the tenacity of Nokia phones, with one Redditor writing, “Obviously not a Nokia though, otherwise, the bullet would have been obliterated and he would have been able to continue using the phone.”

When phones have saved owners from bullets

This is not the first reported incident of phones saving their owners from bullets. Nokia, BlackBerry, Samsung, HTC, and even Apple iPhone owners have reported in the past that their phones saved them from getting hit by bullets.

In 2016, a man in Afghanistan claimed his Nokia 301 saved his life when a bullet lodged in the device. In 2012, an owner of the Nokia X2 was saved from getting struck by a bullet while filming a fight between rebels and the military in war-torn Syria. The bullet got stuck in the handset.

In 2008, a gardener in Louisiana, USA, was hit by a stray bullet. The 68-year-old initially thought he was struck by a rock, but when he opened the nylon case of his Motorola Razr phone, a .45-caliber bullet fell out. In a similar story from 2007, a bullet ended up buried in a soldier’s iPod while he was in Iraq, effectively saving his life. Similar incidents where bullets remained lodged in phones have been reported involving a Nokia Lumia 520, a BlackBerry Curve, and HTC Evo 3D. 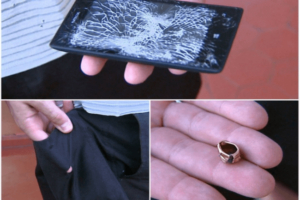 An incident was reported in 2014 from Taiwan when a man was shot in a restaurant and the bullet lodged in his Samsung Galaxy Mega 6.3, narrowly missing his chest. Ironically, the phone had previously been criticised for its size.