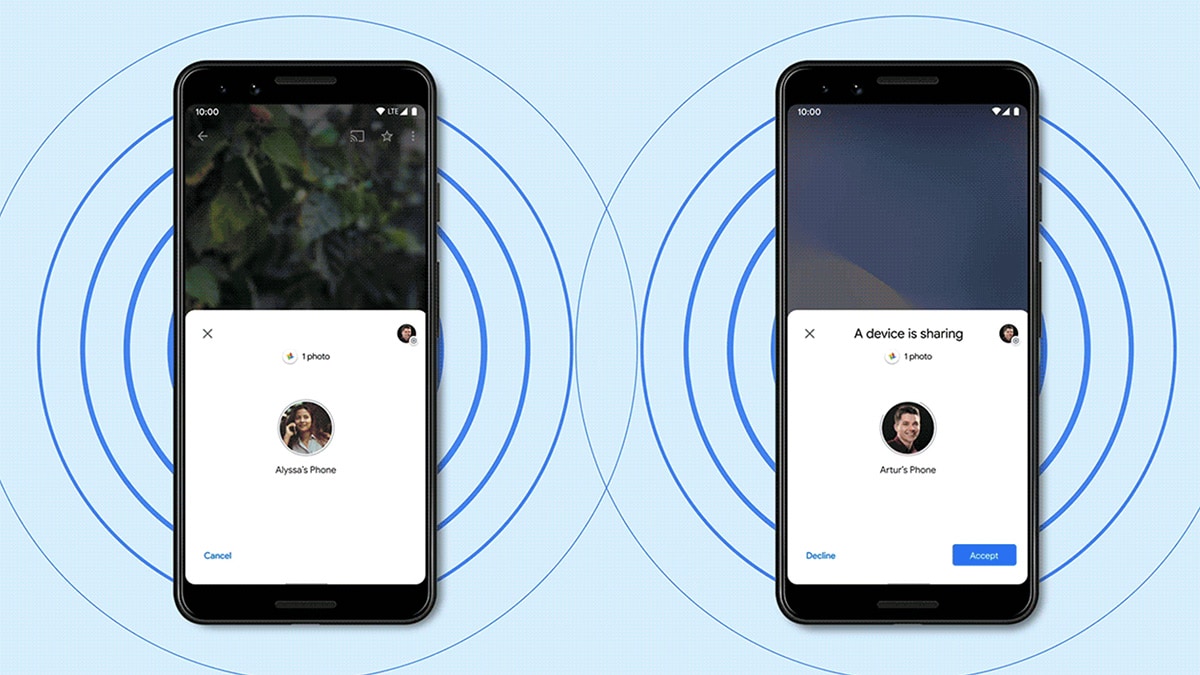 Google is reportedly working on an update to its Nearby Share feature that could allow users to quickly share files with themselves, across devices. The feature, which was first introduced in 2020, uses Google Play Services to allow quick file transfers from one device to another. The new “Self Share” feature could allow users to share files between two of their devices seamlessly, similar to Apple’s AirDrop functionality offered across its devices running iOS and macOS. Google is yet to officially announce any details regarding the feature or when it will be available.

The latest version of Google Play Services contains details of a feature called Self Share, which allows users to transfer files between two devices without having to confirm the transfer on the receiving device, as spotted by Esper’s Mishaal Rahman. In a screenshot shared from an Android 12 smartphone, the Nearby Share quick settings menu is shown to include a Your devices option (in place of the existing Hidden option), alongside options for Everyone and Contacts. While the new option has not rolled out, it is present in the latest version of Google Play Services, according to Rahman.

This hasn’t rolled out yet from what I can see, but it’s present in the latest version of Google Play Services. pic.twitter.com/wdtxoiE2oz

The Self Share feature that allows a user to send a file to themselves without having to confirm that they want to receive the file, will require a user to be logged into the same Google account on both devices, according to the screenshot which states: “You won’t need to approve sharing from your devices”. Currently, Android users who want to share a file from their smartphone to their tablet (and vice versa) via Nearby Share cannot do so seamlessly like Apple’s AirDrop feature for iOS and macOS devices.

First spotted in January on the Chromium Gerrit, where changes and additions to Chrome and Chrome OS source code are listed, the Self Share feature is yet to be introduced on ChromeOS, Google’s operating system for Chromebooks, currently allows users to transfer files to and from Android devices using Nearby Share, but users must still approve transfers.

Meanwhile, another screenshot shared by Rahman suggests the Hidden option on Nearby Share could be removed when the Your devices option is added, and users will have to use a new Device visibility toggle in the settings instead. Google is yet to officially release the Self Share feature, or reveal any information as to how it will work. However, as the feature is already on the latest version of Google Play Services, Google could announce the feature at its upcoming Google I/O conference that will be held virtually in May.

While the Self Share is part of Google Play Services and is expected to require Android or ChromeOS device to operate, Google revealed during CES 2022 that it was working with firms like Acer, HP, and Intel to bring Fast Pair and Nearby Share functionality to select Windows PCs later this year, which means that users might also be able to seamlessly share files between their Windows PC or laptop and their phone in the future.